The hill behind the Dent's Run covered bridge turns out to be quite scenic in its own right: 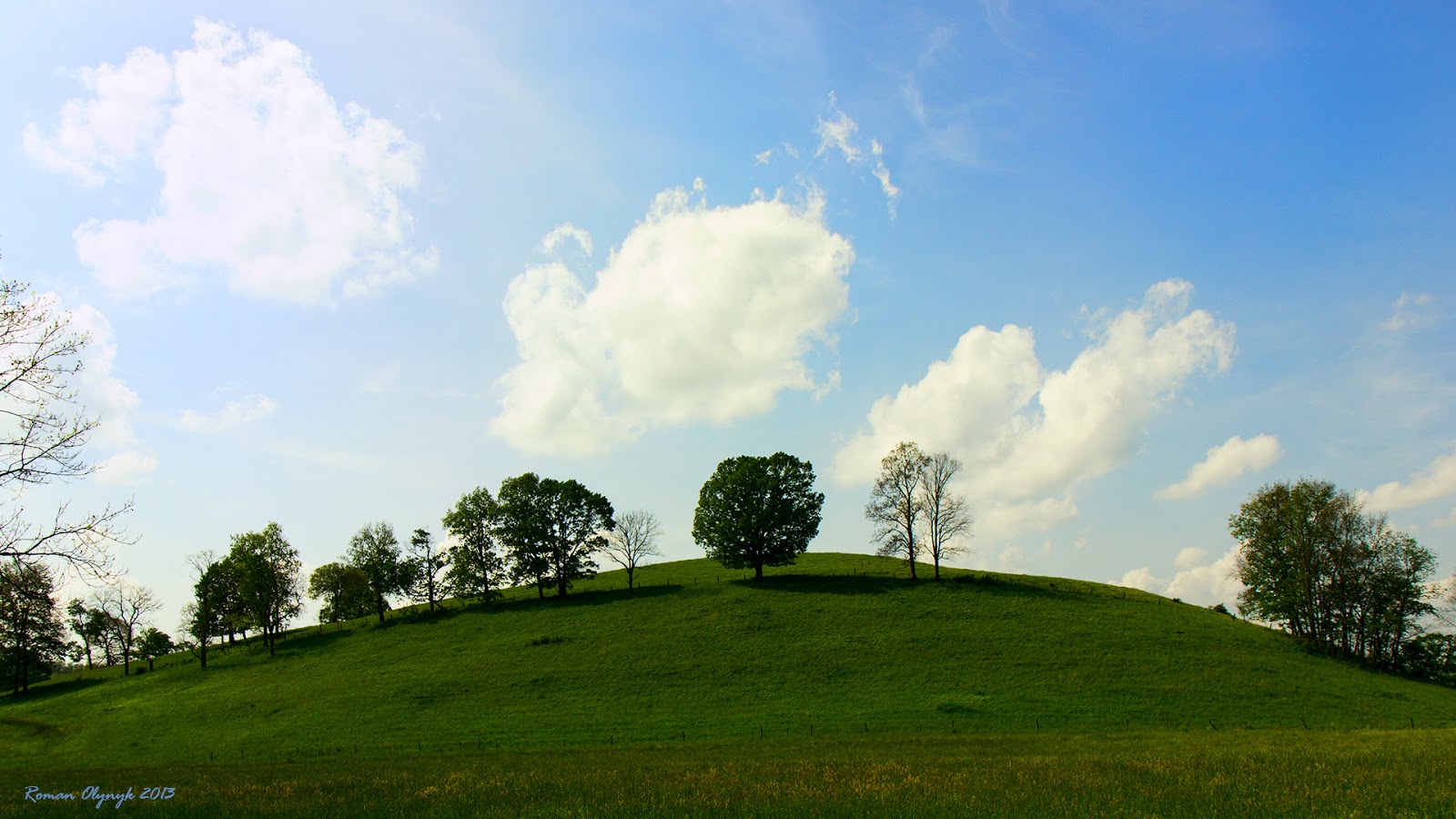 This is a nice composition, with the diagonal cloud pattern in counterpoint to the curve of the hill. 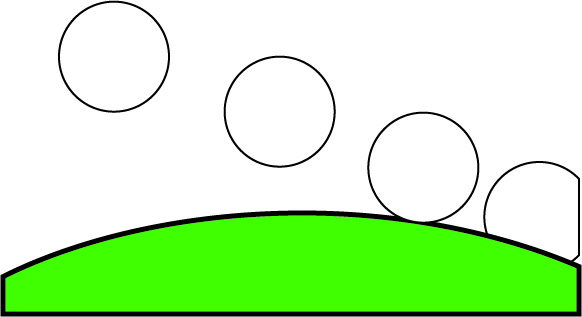 Well, I think it's cool anyway.  My own "rule of thirds," if you will.

I'd planned on presenting an improved version of the photograph here (i.e., brightening the grass, etc.), but Google Drive has once again let me down. I thought that I had saved the Photoshop file to it from home this morning.  I just can't depend upon it to be reliable.

Perhaps not as dramatic as in my mind's eye, here is the version I was hoping to post earlier: 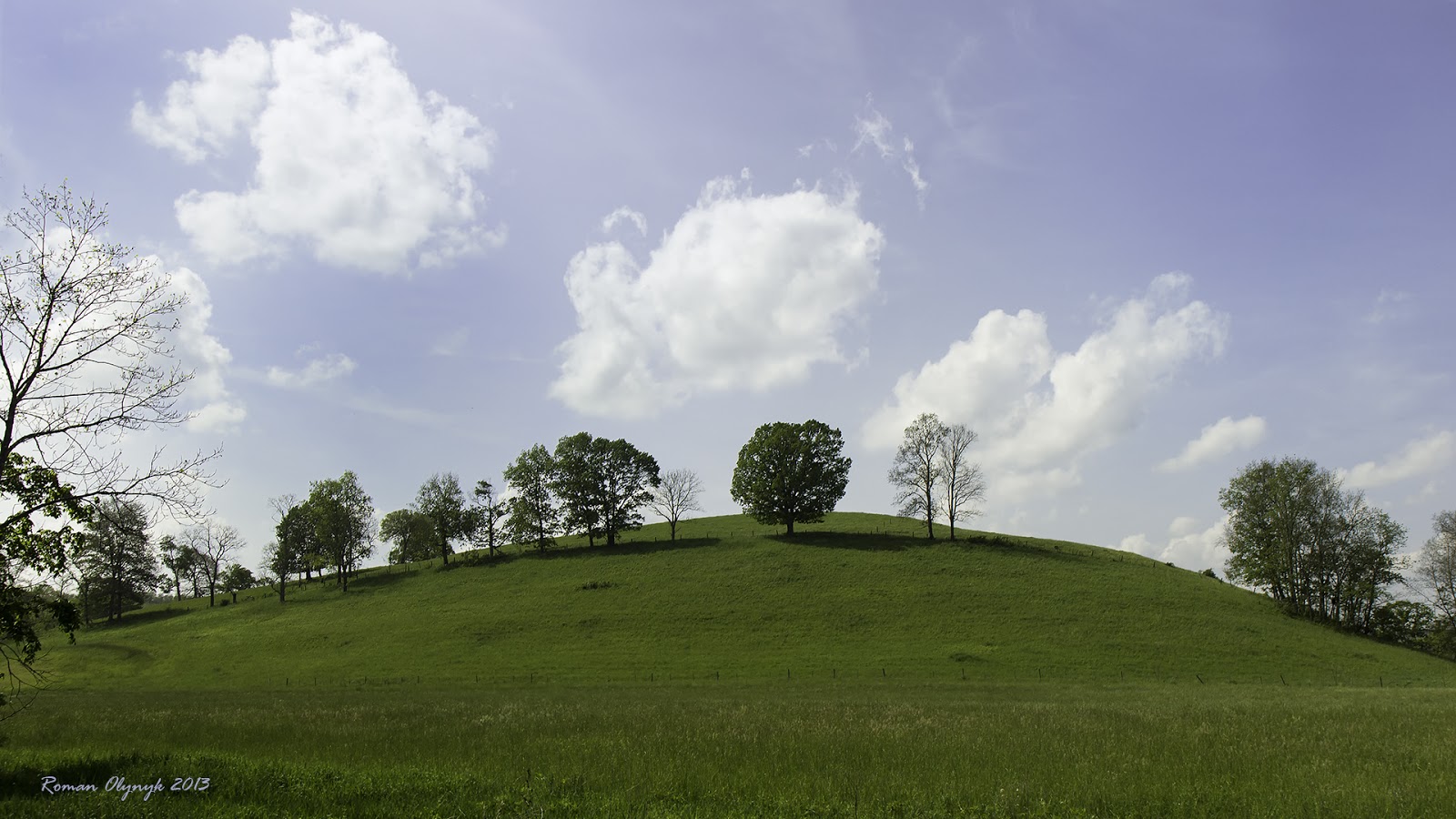 You probably don't see any difference, but I know it's there, and I feel much better now, thank you.

After hitting Scott Kelby's The Adobe Photoshop Book, I touched up the sky a bit more.  I am very pleased: 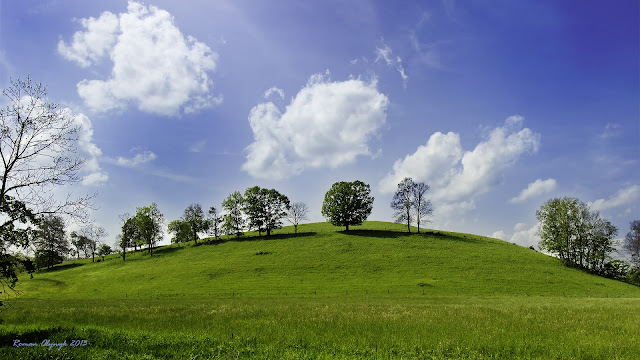