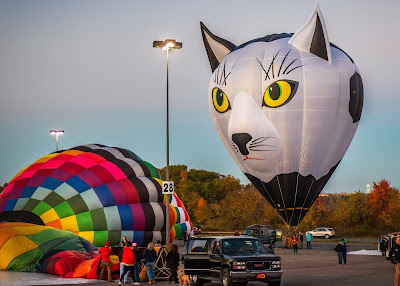 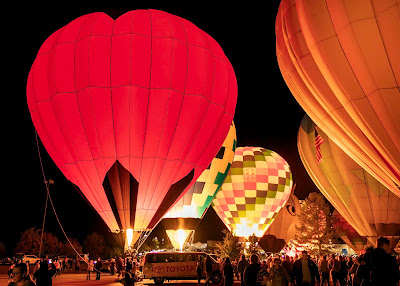 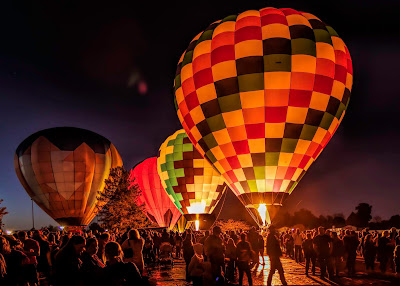 Posted by Banewood at 3:43 PM No comments:

On Saturday, October 19, I drove down to the Bridge Day festival near Fayetteville, W.Va.  The festival is one time of the year when the New River Bridge is closed to vehicular traffic, allowing an assortment of base jumpers and rappellers to do their thing, while a massive throng of spectators crowd themselves along the bridge.   Vendors hawk their wares on either end of the bridge. 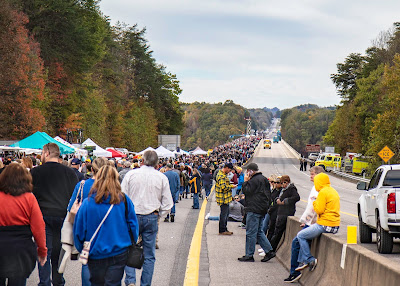 The sky quickly clouded over by the time I arrived late in the morning.  Still, the view from the bridge is quite spectacular.   The New River gorge, below the bridge is part of a national park. 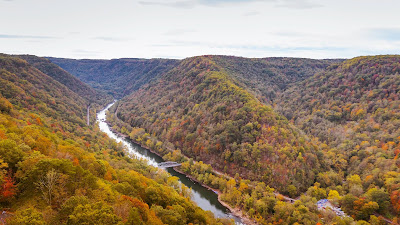 It was a struggle to work my way through the mass of people to get myself close enough to get pictures of some of the jumpers.   I had to practically hang from the bridge railing to get some of these shots: 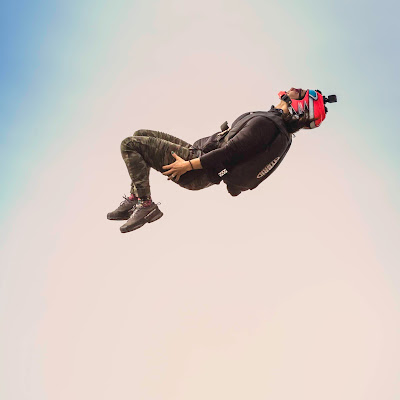 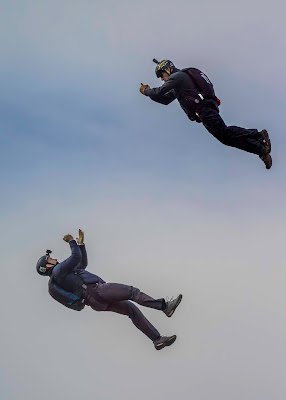 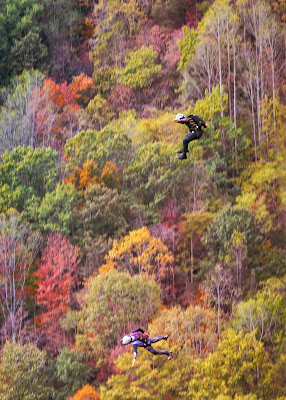 There is a visitors center on the north side of the bridge, which gives a different view of the activities.  Check out all of the rappelling lines.   There are four rappellers in this shot, along with one base jumper who is just starting to deploy their parachute. 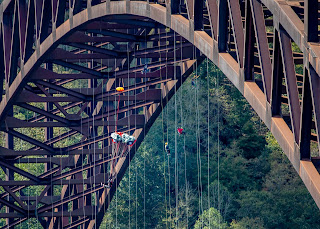 Posted by Banewood at 2:09 PM No comments: