For the past six years, I have given up on my vegetable garden.  I've been entertaining the notion once again this year, but constant rains have robbed me of the opportunity of roto-tilling.  But that's another story.  The real story here is the weed that has discouraged me from planting.

This weed has been like a mythological pestilence.  When I roto-till, I chop up the roots of this noxious weed and a new plant arises from each piece.   Too many to pull -- not that the roots come up with the plant.  Too resistant to mulching.  And too resistant even to herbicides -- not that I want to use those in my vegetable garden.

I've identified this bane of my existence, and its name is Mugwort.

Here's an encouraging little piece on its prevention, control and management that I found:


The dense root system of mugwort can make it difficult to control. Pulling is ineffective, and may even promote growth by leaving residual rhizome fragments in the soil. Mugwort tolerates mowing, and even sustained mowing over two years will not fully eradicate mugwort stands. The relatively shallow roots make mugwort vulnerable to repeated cultivation in agricultural systems, though this practice risks spreading root propagules.

Ironically, mugwort was used in the Middle Ages as a magical protective herb. Mugwort was used to repel insects – especially moths – from gardens.  This was before roto-tillers.

Interestingly, mugwort has a long history as an herb.  WebMD has this to say:


People take mugwort root as a “tonic” and to boost energy.

People take the rest of the plant for stomach and intestinal conditions including colic, diarrhea, constipation, cramps, weak digestion, worm infestations, and persistent vomiting. Mugwort is also used to stimulate gastric juice and bile secretion. It is also used as a liver tonic; to promote circulation; and as a sedative. Other uses include treatment of hysteria, epilepsy, and convulsions in children.

Some people apply mugwort lotion directly to the skin to relieve itchiness caused by burn scars.

Also interesting is the fact that mugwort was a common ingredient in gruit. This was before the "discovery" of hops.  Maybe I should return to making beer again.  At least my garden would have some use.
Posted by Banewood at 10:21 AM No comments:

I was looking forward to this time of year (mid-May) because it's when Pink Lady's Slippers orchids (Cypripedium acaule) first make their appearance in our forests.

According to their Wikipedia article, they are widespread in Canada and the eastern third of the United States.  Even so, I'd never encountered one until moving to West Virginia.

The following shots were all taken last weekend at Cooper's Rock state forest.  All were taken with a Canon 77D and a vintage Canon FD 50mm f/3.5 Macro lens.  In other words, manual settings and manual focusing. 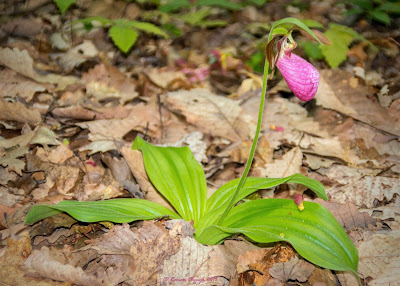 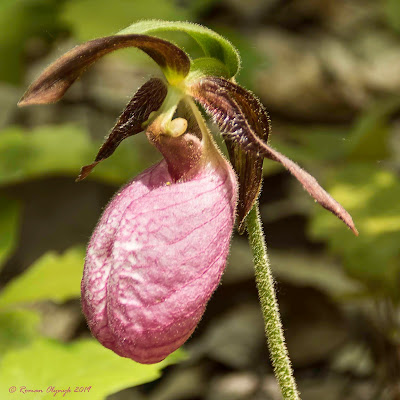 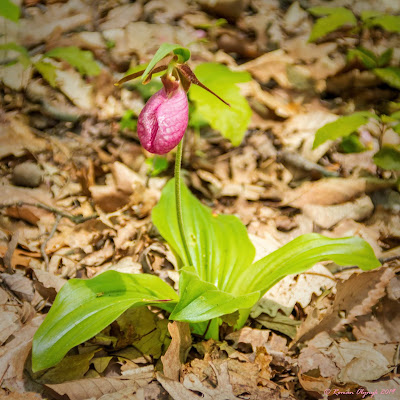 Lady's slippers usually appear in colonies.  They are said to prefer pine forests, but I have only seen them in deciduous woods. Lady's slippers have a symbiotic association with a particular fungus.  It was thought that the fungus was necessary to provide the plant with nutrients, but recent research indicates that the fungus is only necessary for seed germination.

Posted by Banewood at 8:50 AM No comments:

Some time back, I bought an old Canon FD 50mm f/3.5 Macro lens from ShopGoodWill.com.  I've come to like this lens a great deal.  Here's a shot of it mounted on a Fotodiox Pro adapter (the blue ring) for Canon EF. 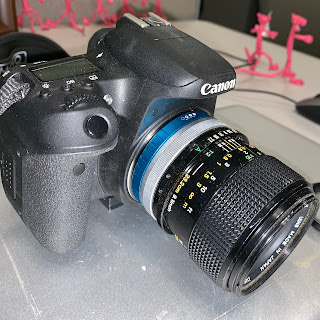 Because of the FD to EF adapter, you need to manually focus this lens, as well as set the proper f-stop.

Once I determined that the light meter in the camera was unreliable for setting these, I've become adept at using the Lux Professional Light Meter app for iOS.  This is a great app, by the way.  It lets you determine readings based on ISO, f-stop and shutter speed.

Here are a few of the recent pictures that I've taken recently with this lens: 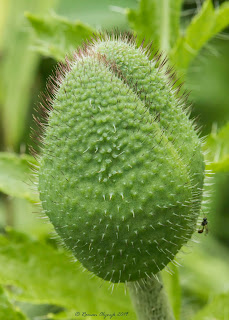 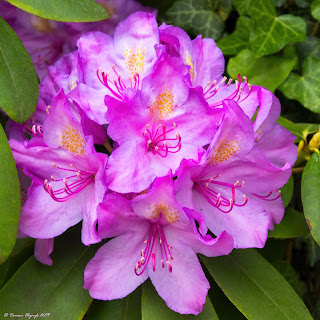 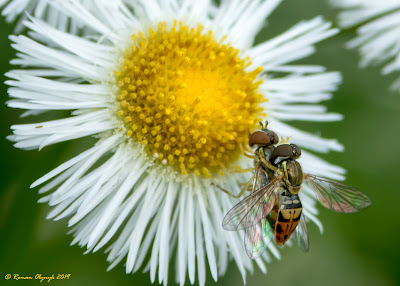 Reviews that I've read about this lens say that it also makes a pretty decent prime lens for regular photography as well as macro.   I haven't tried it for this yet.

I got this lens very cheaply with the idea that I would play around with it for a while and then sell it on eBay.  Now I'm thinking that this is something that I'd rather hang on to.
Posted by Banewood at 9:57 AM No comments:

My newest DSLR is a Canon 77D that I got for my birthday.  Among its many awesome features it has built in WiFi with NFC to allow connection to a mobile device.

The other day, I tried a new technique where I used the Canon EOS Utility to make a wireless tether connection between a laptop and the camera.  With the EOS Utility, I was able to set the camera on a tripod at ground level and take a series of shots at different focal lengths.  Here's the result of my first attempt: 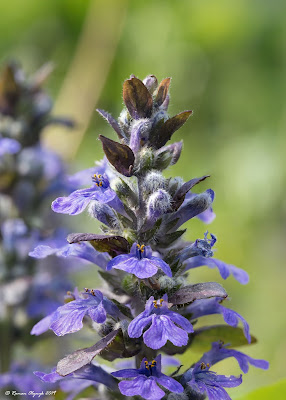 This was created from a 9-shot focus stack.

I used to be able to do this sort of thing using MagicLantern on my EOS T2i, but there's no current support for it on the 77D.  With the EOS Utility, I can control the focus from my laptop in increments.  While not automatic like MagicLantern, I do get to see what the camera is seeing on the screen of my laptop.  The software even allows for 5X zoom to make fine focus even easier.

I had been able to do some of this previously using the Canon Camera Connect app on my iPhone or iPad but the focus control wasn't as easy for me.  Maybe I'll play around with that some more and report on the results later.
Posted by Banewood at 9:19 AM No comments: