Pelican Without His Briefs

Getting towards the bottom of the barrel of pictures that I took down in Florida.  This is a relatively colorful Pelican sitting on the rocks along the jetty in Venice, Florida. 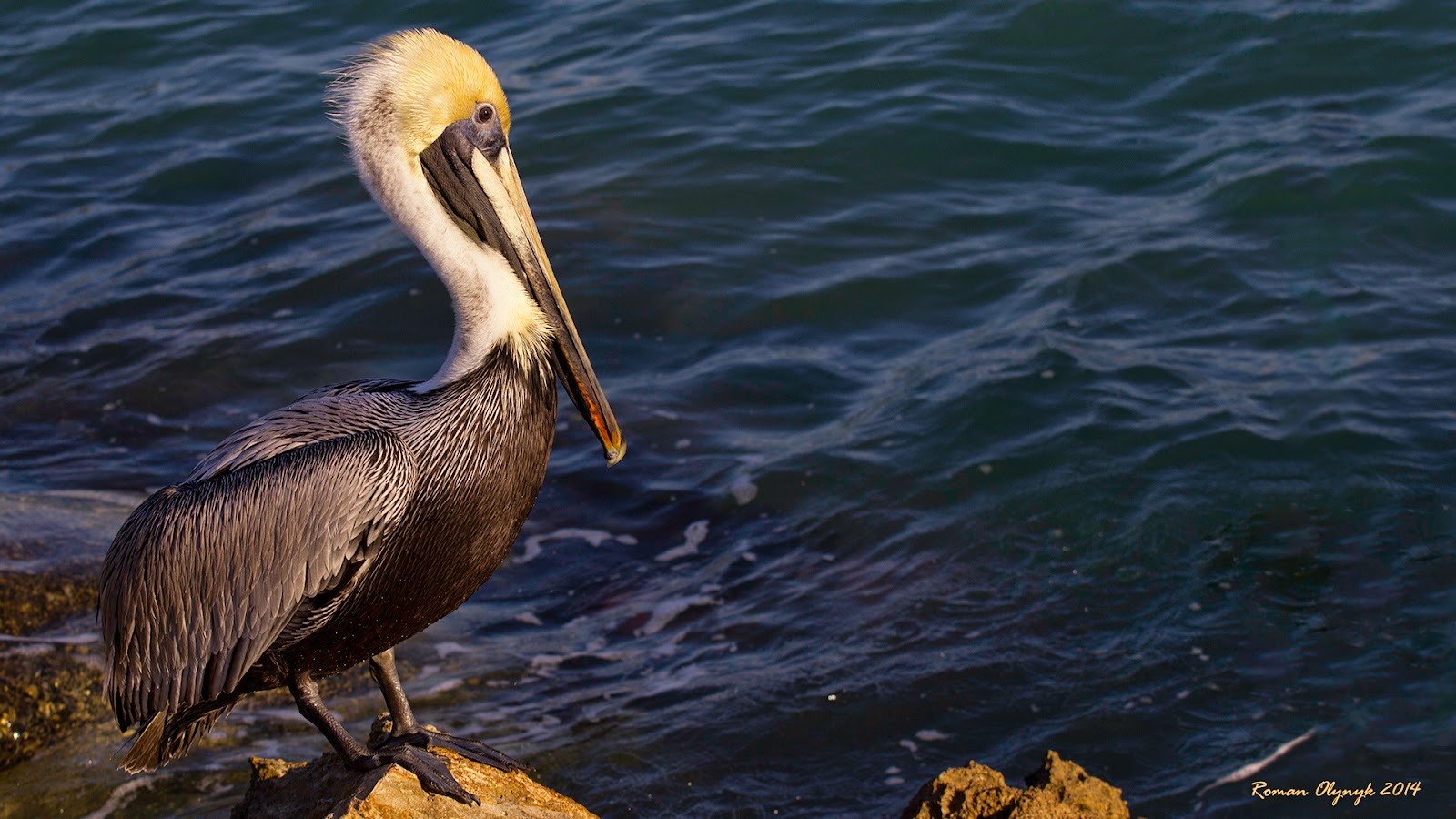 The shot is cropped for my full HD monitor size (i.e., 1920x1080 pixels).    In order to get this size, however, I had to add approximately 100 pixels along the right vertical.  I wouldn't have thought that the water would be so difficult to clone, but it took several attempts.

The next shot is a closeup of the bird sized for 5x7 inch. 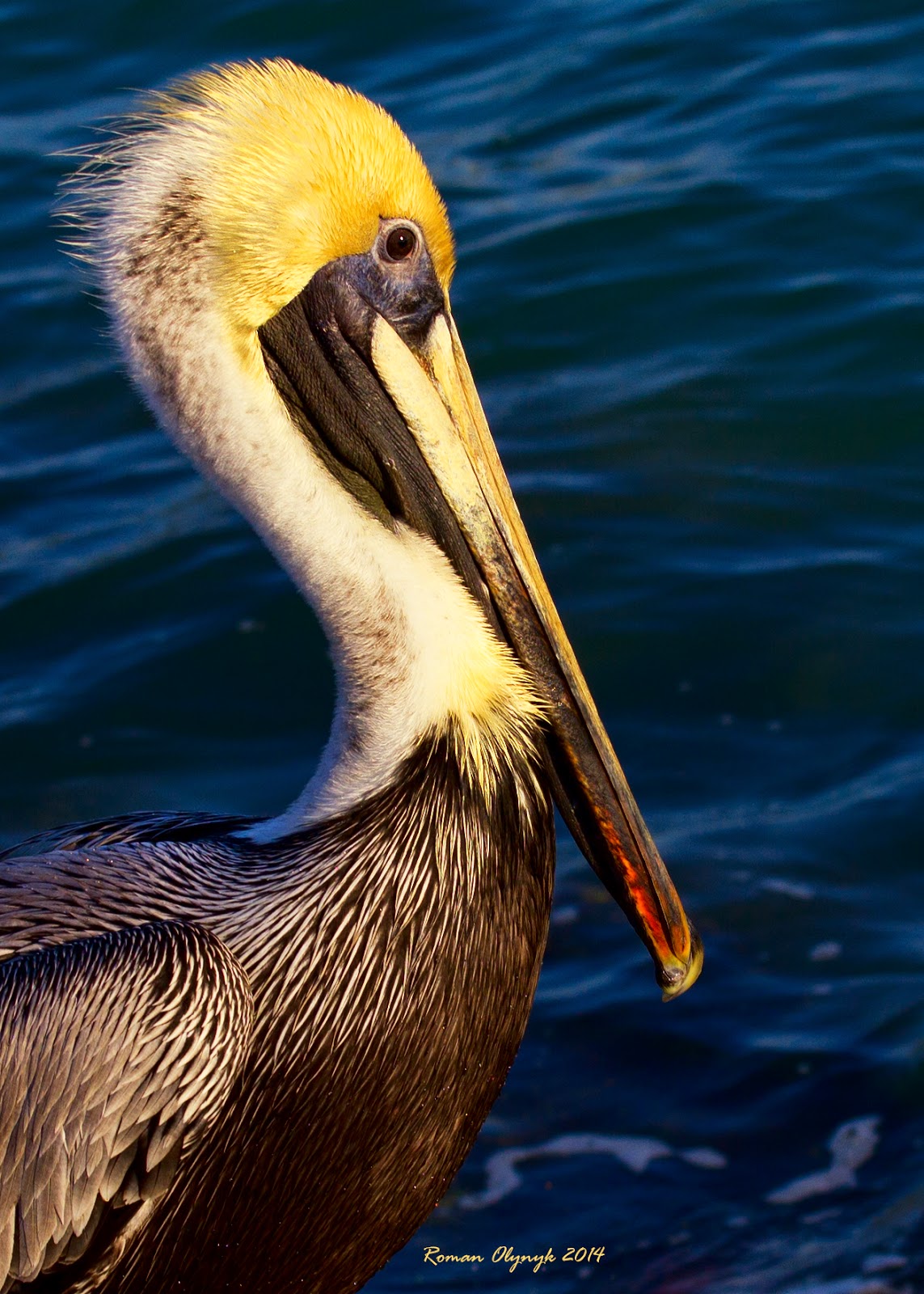 I like this better for the detail and the brighter color.
Posted by Banewood at 8:02 AM No comments:

I've been puzzled by the concept of texture blending in Photoshop.  To date, all of my attempts have been through using art filters like SnapArt to create painted effects on faux canvas.   After reading a bit more about it, however, I've come to see that there's more to it.  There always is.

One article on texture blending talked about using Photoshop layers to combine different photos.  The trick was in selecting an appropriate blend mode.

After a bit of experimenting, I settled on this monstrosity: 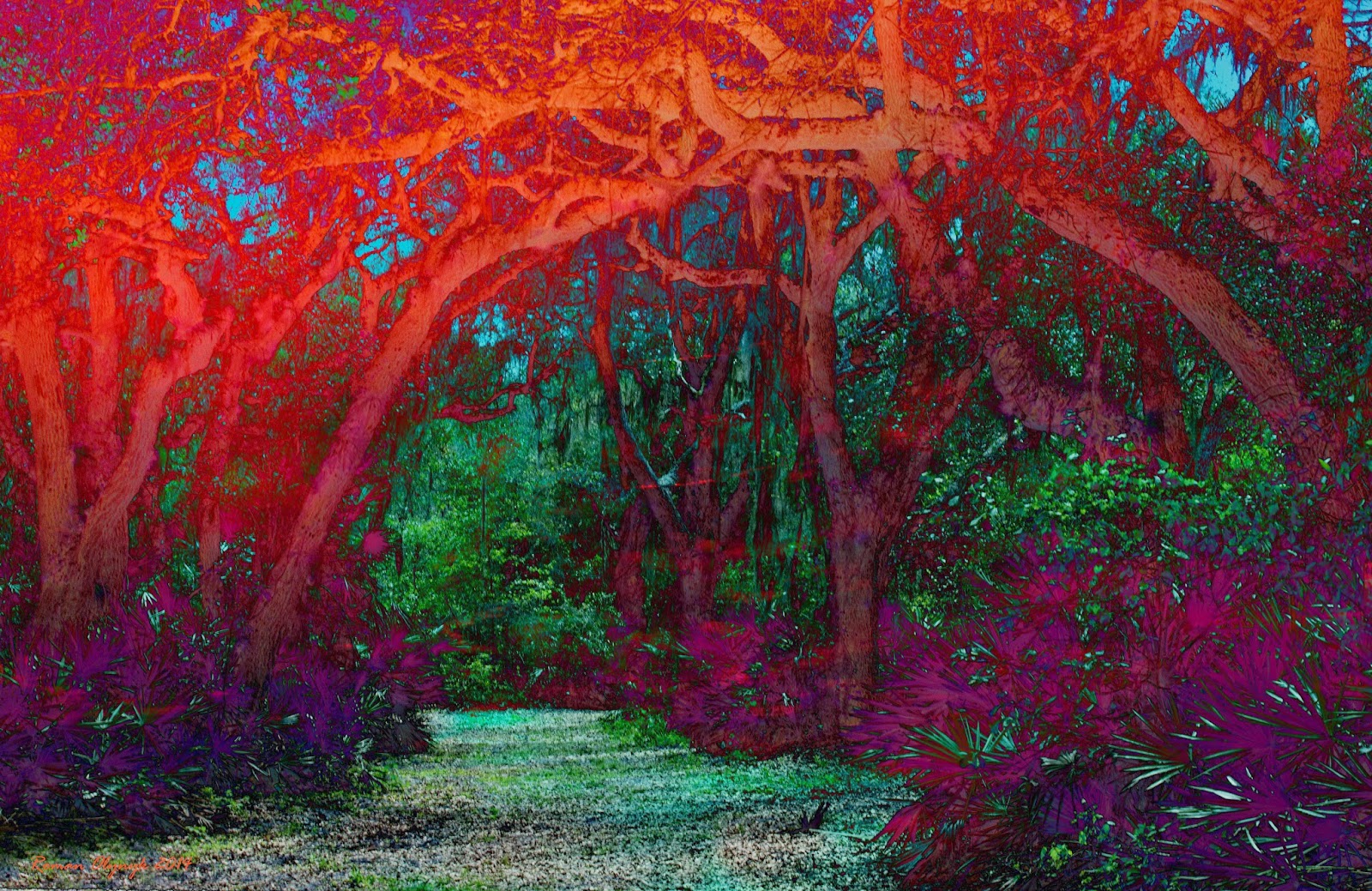 This is an overgrown pathway in Jelks Preserve that has been blended with on ocean sunset.  I used the Difference blend mode.  The result is quite garish, but the technique looks promising.  I'll have to keep my eye out for interesting textures to play with.
Posted by Banewood at 8:51 AM No comments: 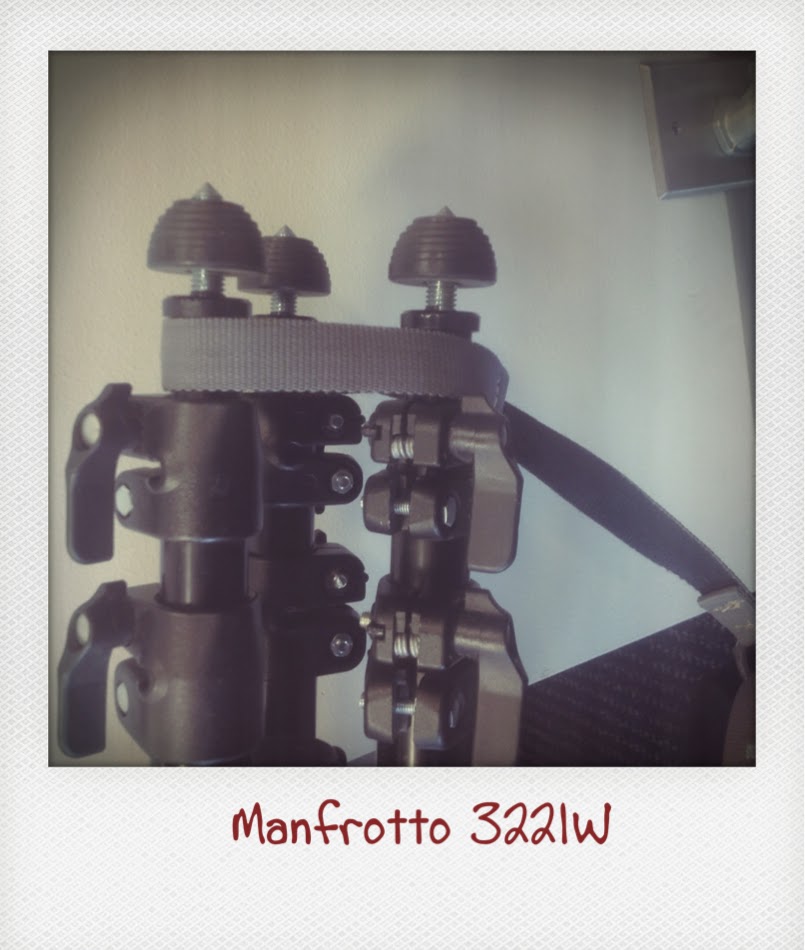 Best guess is that this is a Gull-billed Tern (Gelochelidon nilotica).  The Wikipedia entry for this bird says that the typical black cap on its head disappears in winter and mentions that there is a dark patch through the eye.  This sort of fits the bill. 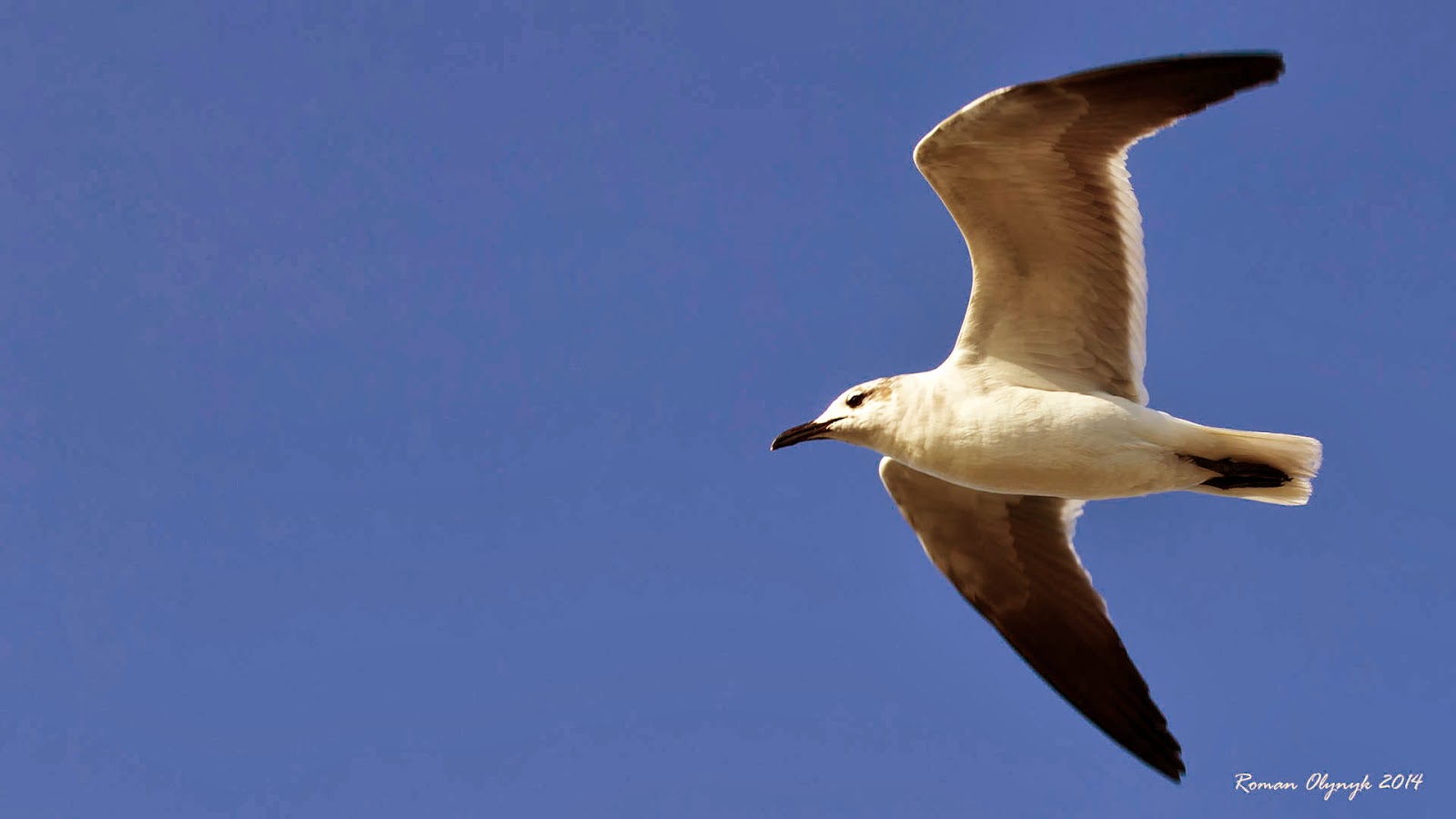 This is pretty much a clean shot.  There's a nice "golden hour" glow to the plumage, as I had just arrived early to take sunset photos at the jetty in Venice, Florida.
Posted by Banewood at 8:30 AM No comments:

I probably took 100 pictures of the sunset one evening at the jetty in Venice, Florida.  So it shouldn't come as too big a surprise that I had not closely inspected all of them.  In fact, I still haven't.

This shot came as a pleasant surprise: 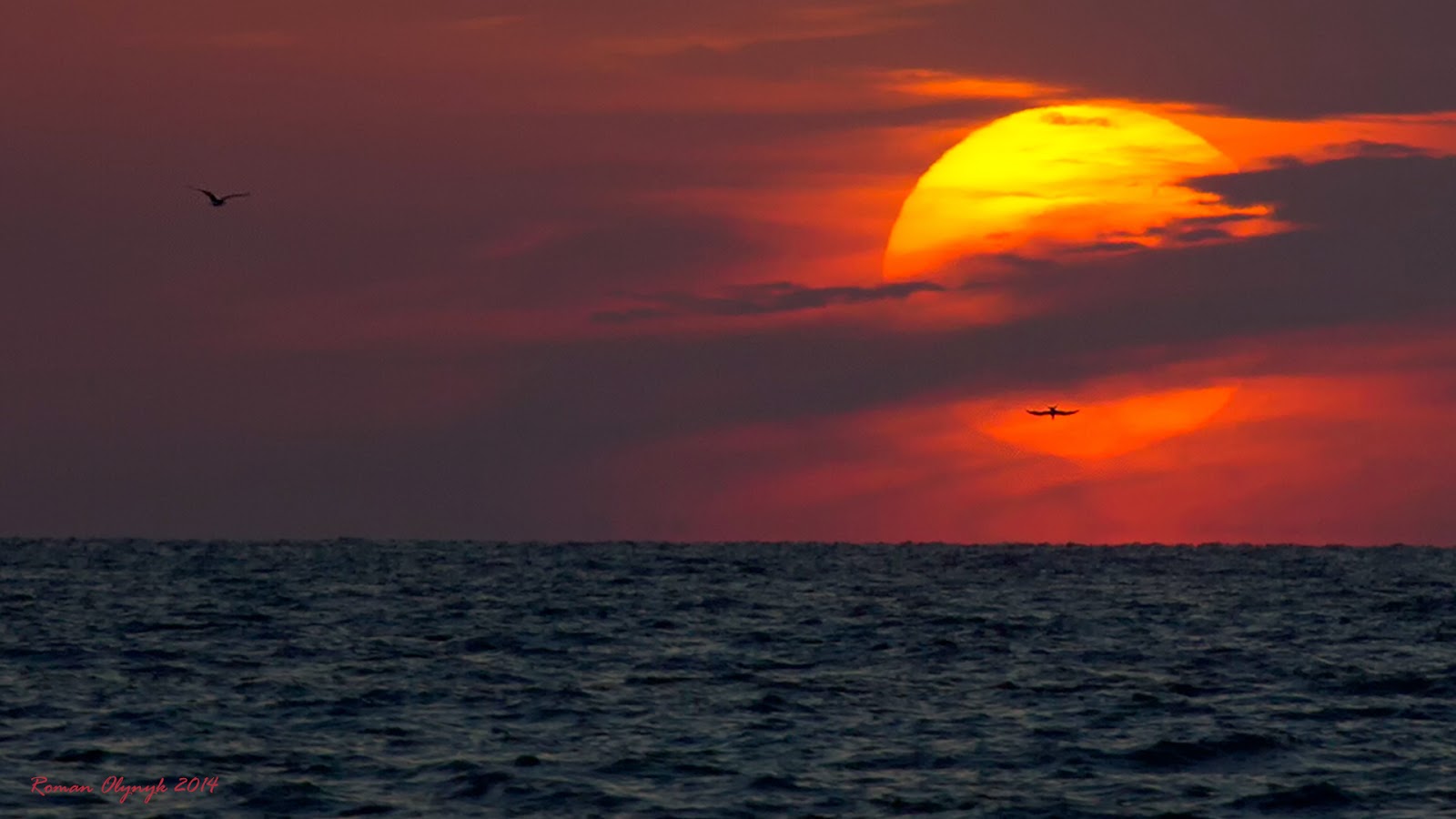 I caught a bird silhouetted against the sunset. 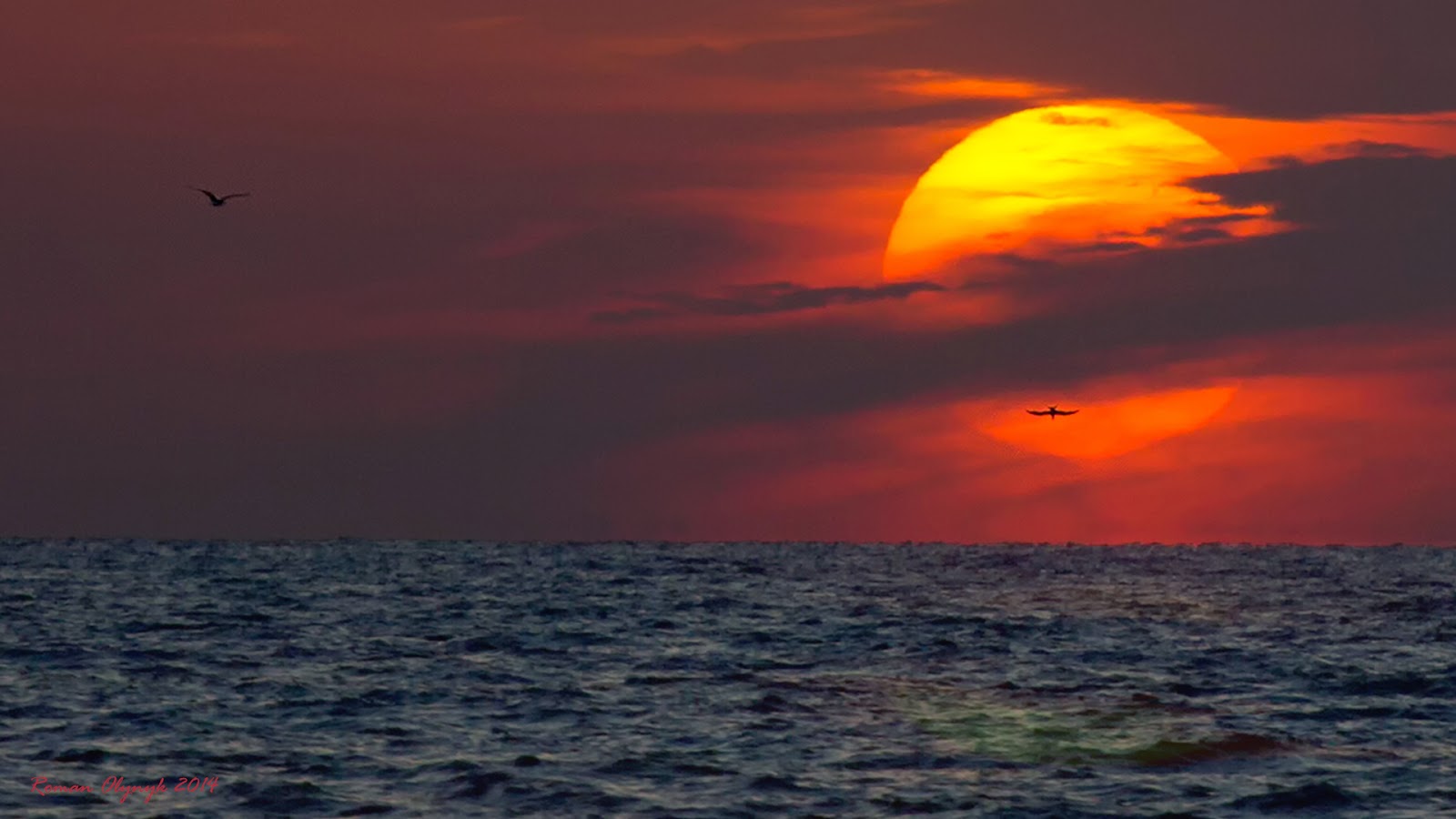 Not being able to leave well enough alone, I used Photoshop to normalize the Levels in the water portion.  I then made a copy of the sky, flipped it vertically, and then shrank it to fit over the water, adding a little bit of sunlight reflecting upon the water.  It's subtle, but I'm not sure it's effective.
Posted by Banewood at 8:00 AM No comments:

Meet the Blue Sky Vine (Thunbergia grandiflora) growing through a wood fence.  This was one of my first shots while down in Florida on vacation.  Till now, however, I did not know what it was.  A native to China, India, Nepal, Indochina and Burma, this beauty is being cultivated in Southwest Florida. 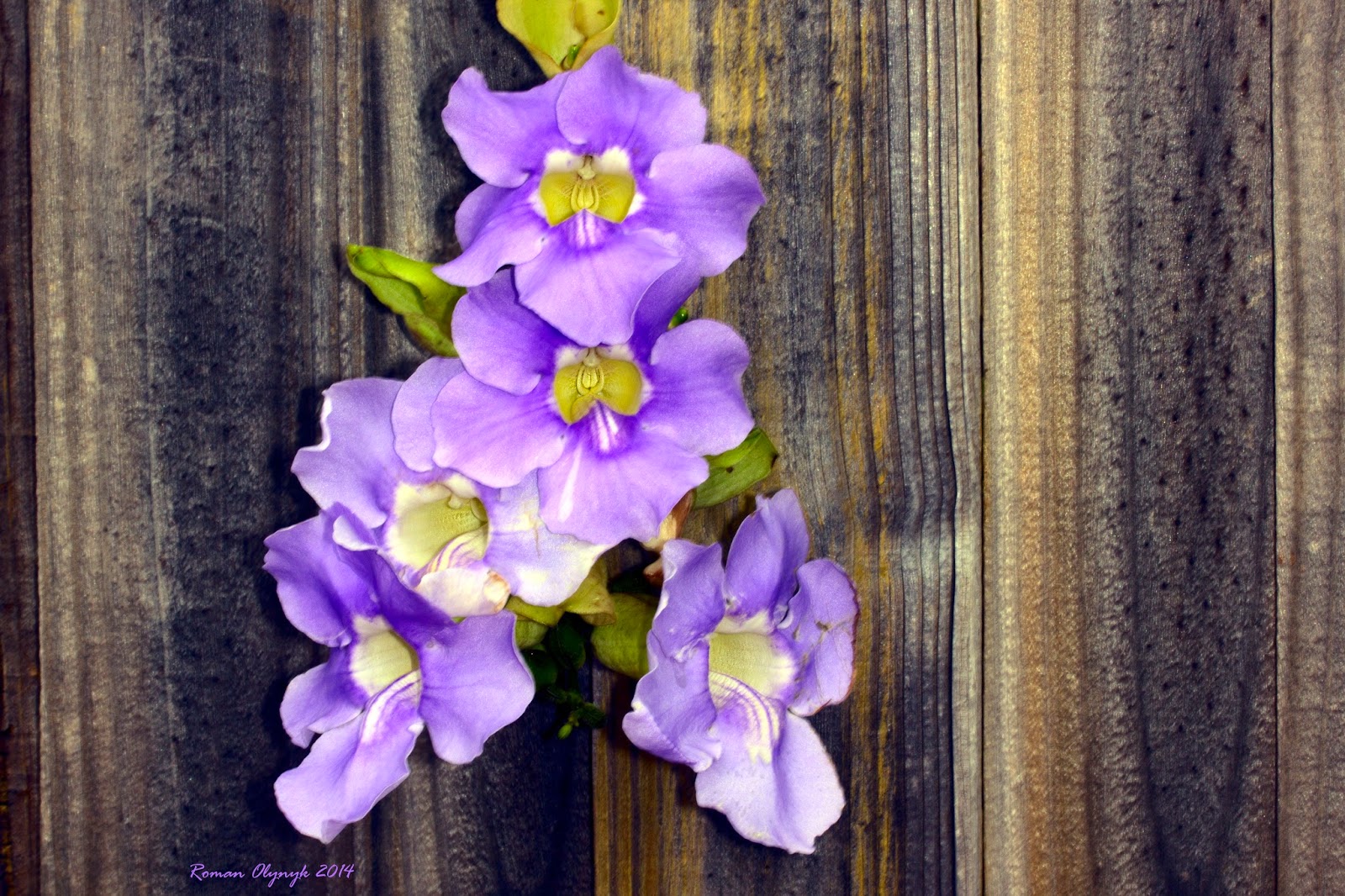 Posted by Banewood at 8:59 AM No comments:

Took a walk yesterday in the Oak Grove cemetery in Morgantown.  It was approaching evening's "golden hour," but the day was generally not conducive for photos.  Vandals seemed to have had their run of the place, as there were quite a few toppled monuments.  One nice statue was spared, and someone had given it a hat.  It's quite fetching: 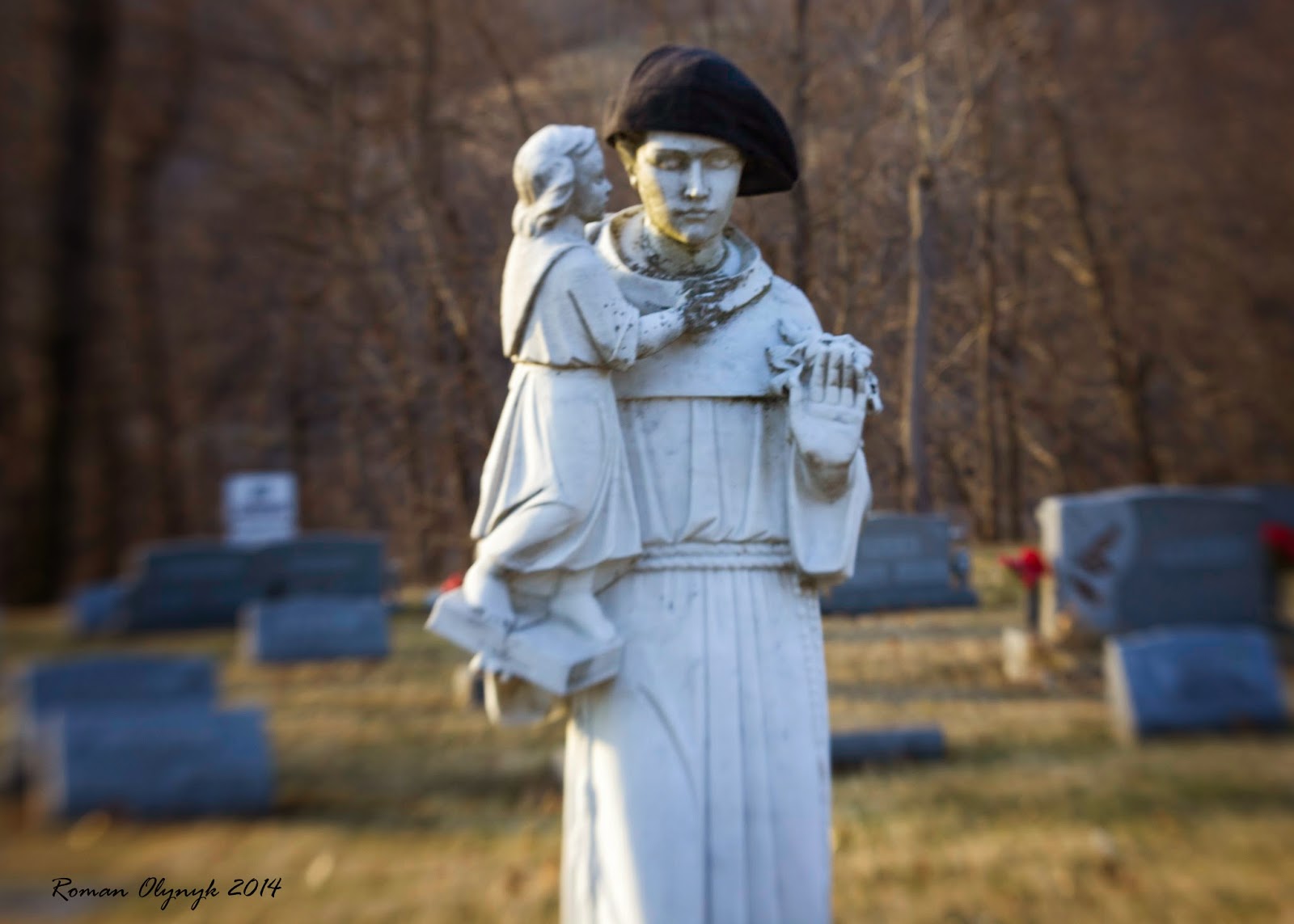 This was shot with a Lensbaby Composer, which did a nice job of blurring the surrounding grave stones.  You can see the golden hour casting greeenish highlights on the side of the face of the good saint (Francis?).

I'd hoped that converting this shot to black & white would remove that greenish cast.  It did: 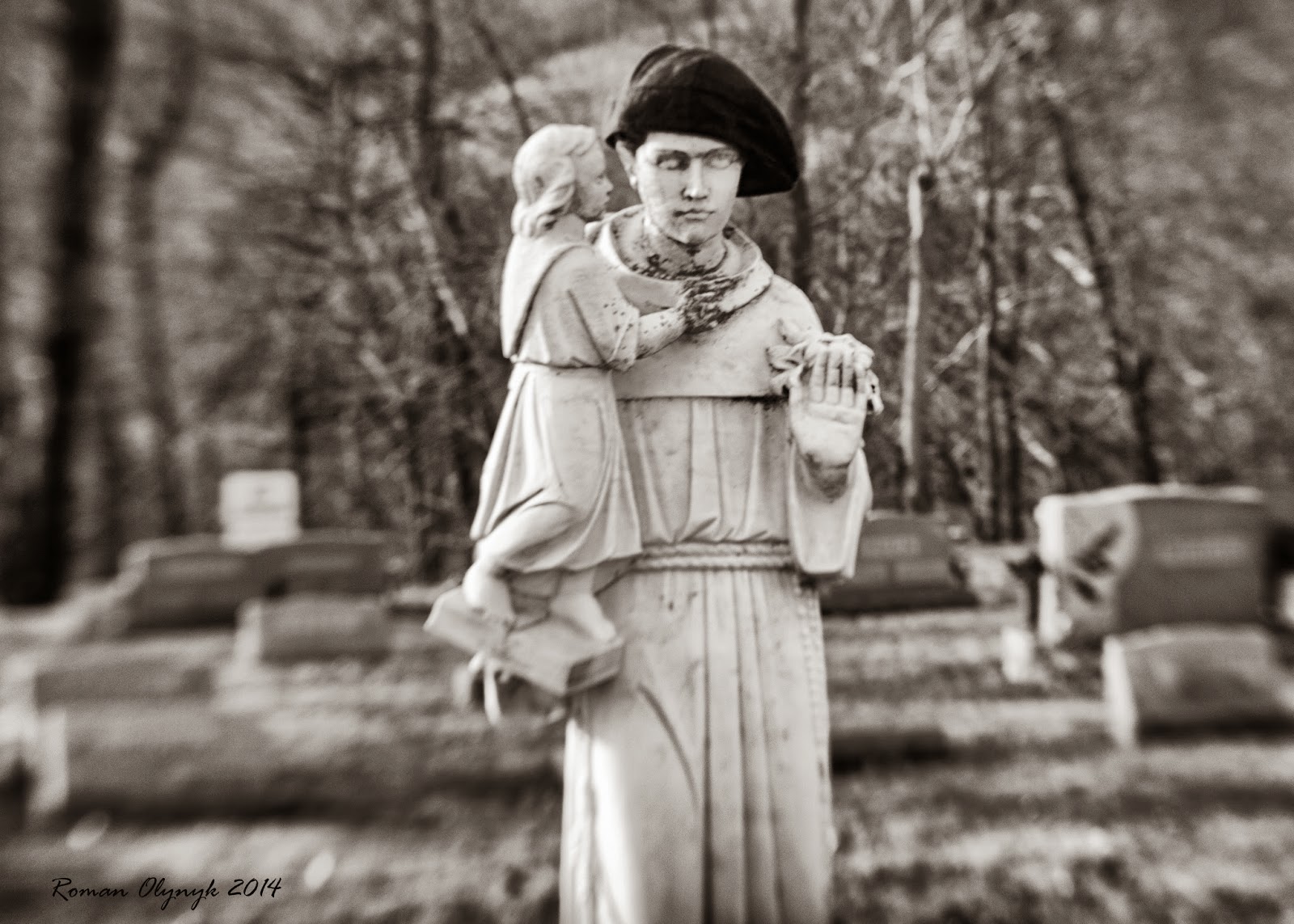 I've seen ads like this all over the web, and this is the first thing that comes to my mind when I see the phrase "Never Diet Again." 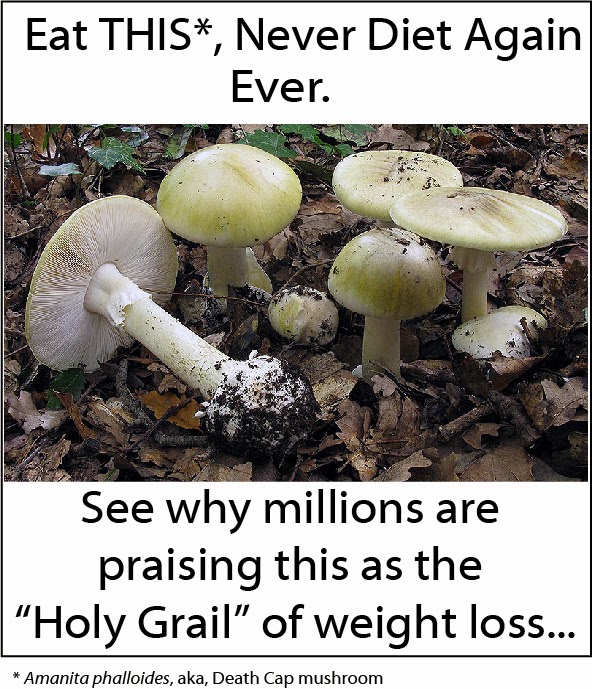 Posted by Banewood at 1:14 PM No comments:

Was piddling around with some bird pictures from my vacation.  It's getting down to some of the more obscure, pedestrian, and challenging shots (all of the above). 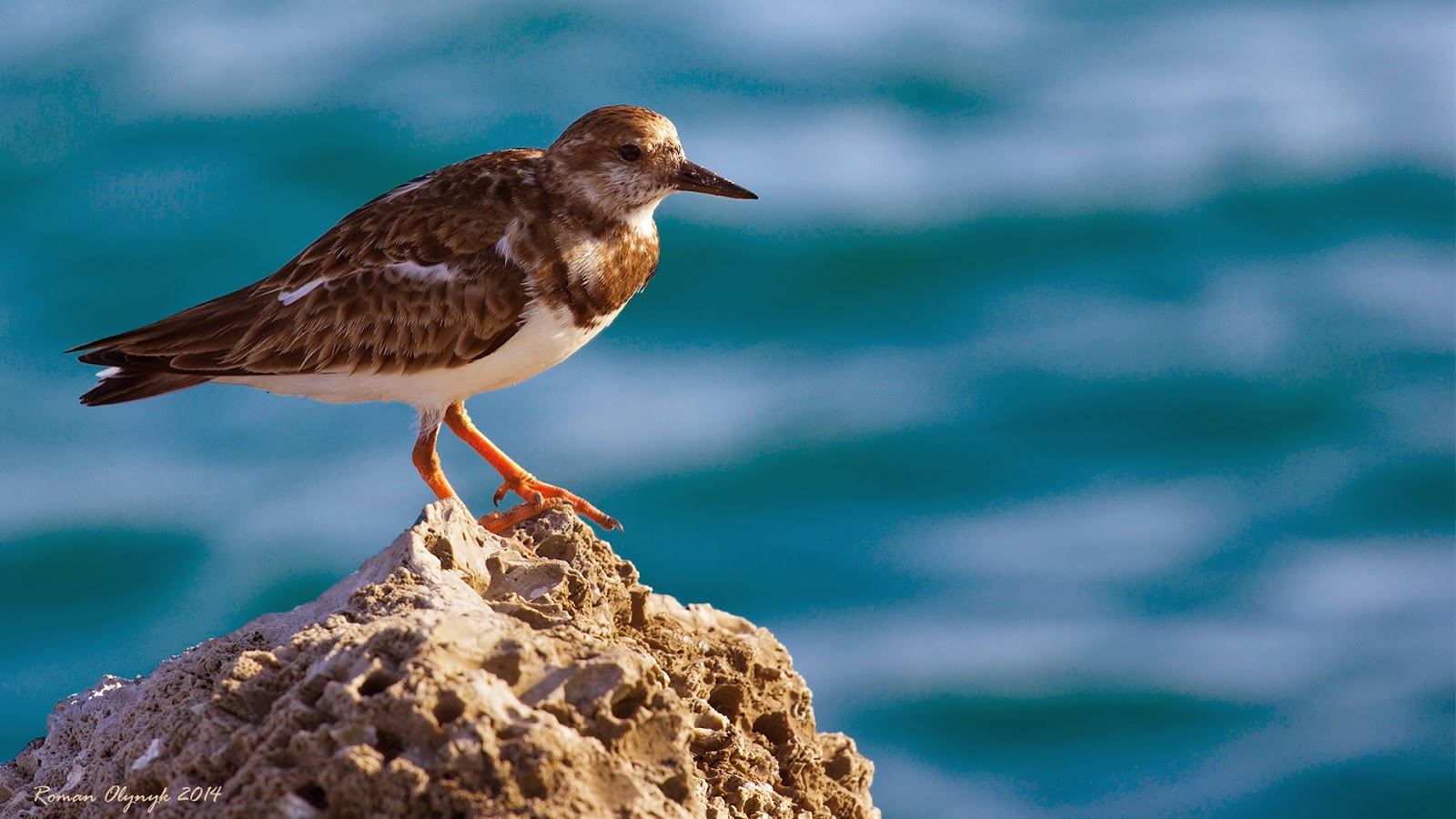 It's bugging me that I cannot identify it.  Time to ask for help.  Best guess is that it's some kind of plover.

The picture has been worked over in Photoshop CS6.  Aside from the tiny touches of light and dark and miscellaneous sharpening, the real work is in the masking.

Once again, I'm re-learning how to create and apply mask effects.  In this case, I masked over the bird and the rock and then readjusted the ocean water, which started out more grayish and dull.

Got to say that the final product is pretty nice.   Now if I can just name that bird.
Posted by Banewood at 8:49 PM No comments:

Meet the Anhinga (Anhinga anhinga).  According to Wikipedia, the word anhinga comes from the Brazilian Tupi language and means devil bird or snake bird.  When you see this bird in the water, the body is usually submerged, leaving just the long snake-like neck to view. 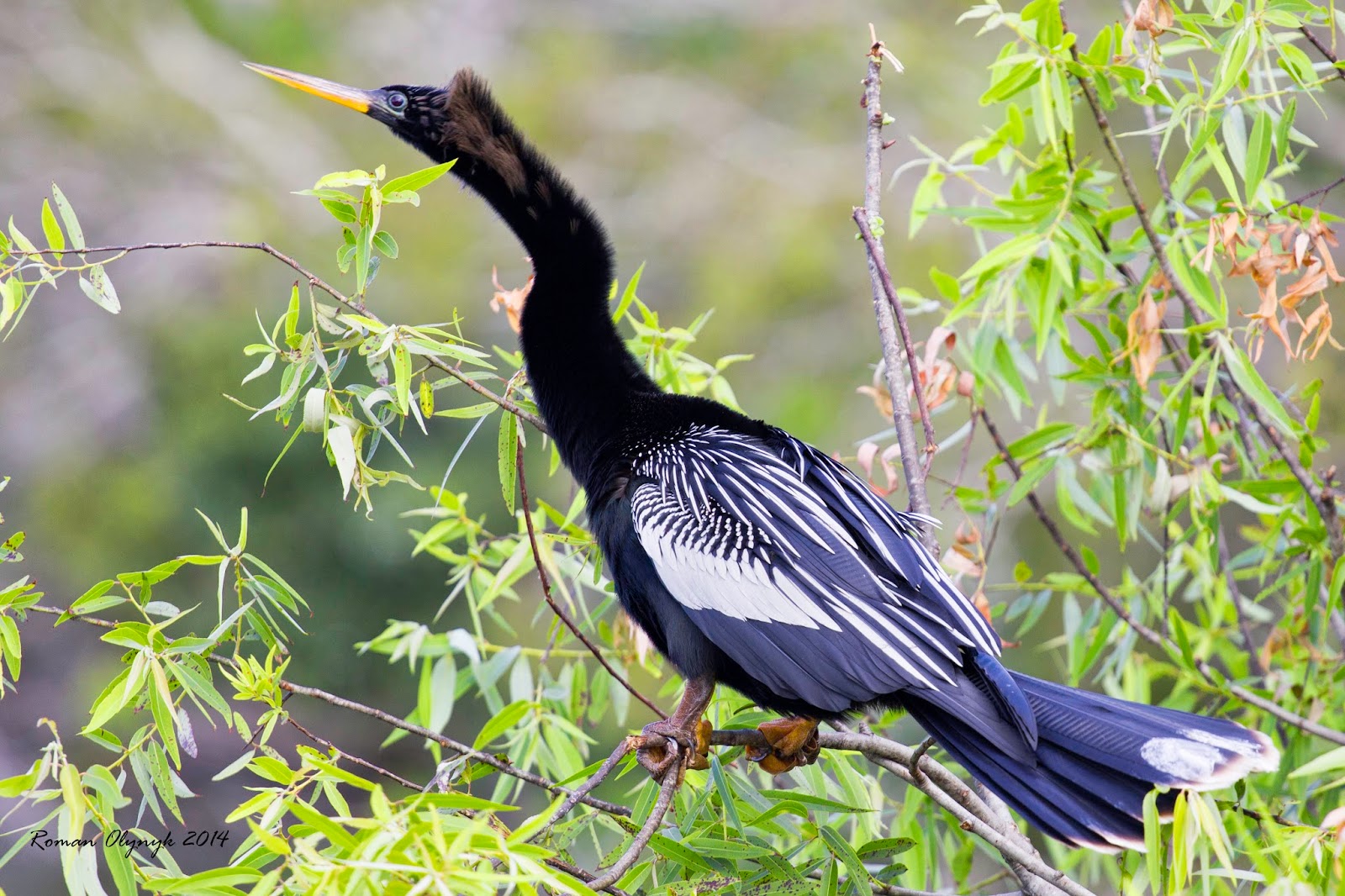 This bird was at the Venice, Florida, rookery pond.  I could be wrong here, but it looks like another bird has crapped on its tail.
Posted by Banewood at 8:16 AM No comments:

Lipstick on a pig

My mother's house in Southwest Florida doubles as a bird sanctuary.  This mooch was a periodic visitor while I was down there on vacation: 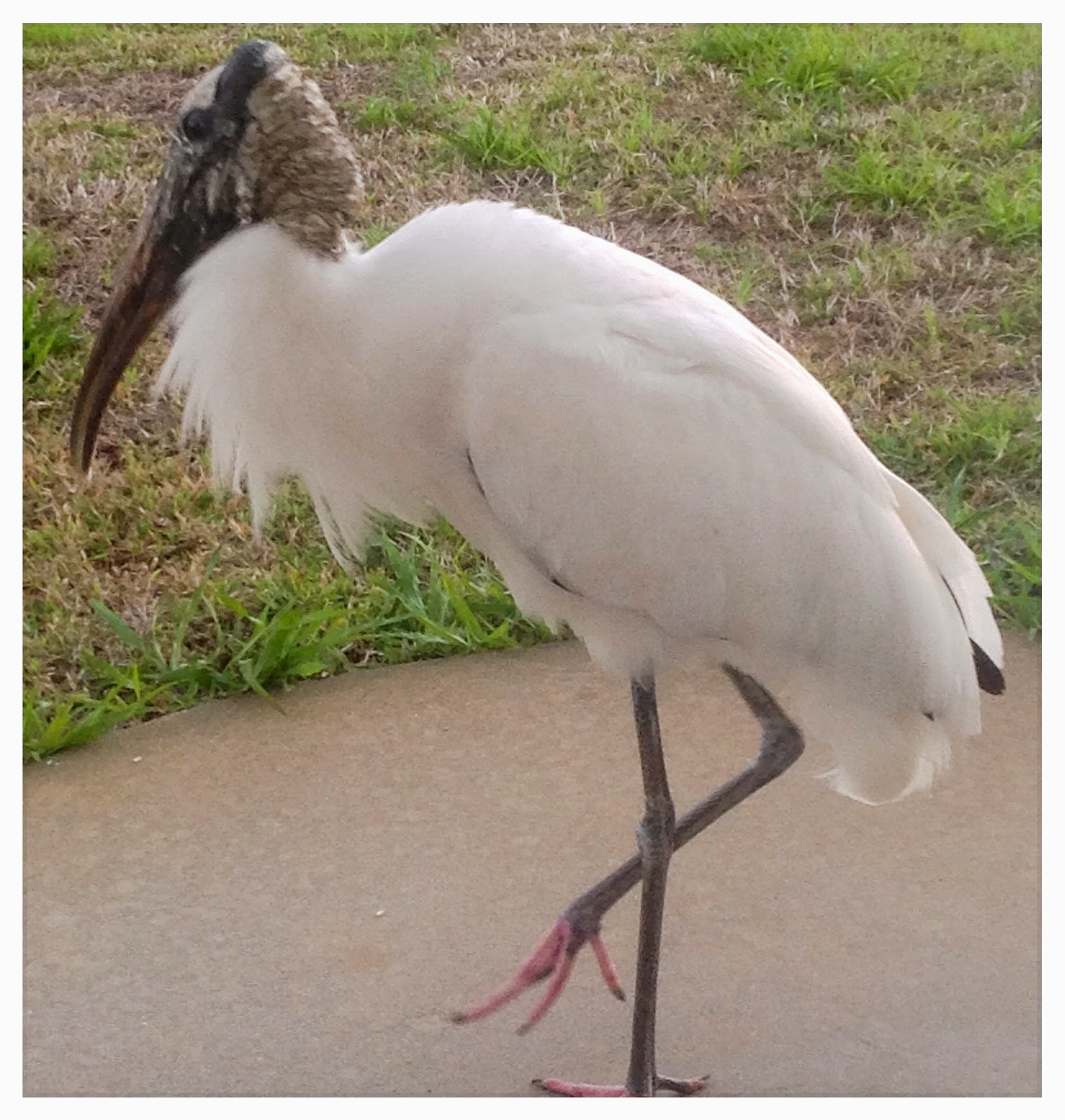 The Wood Stork (Mycteria americana) is an ugly sucker.  It came around when I had my SLR, but the shots were all situated around the driveway and sidewalk -- not that pretty at all.

Below is an experiment, where I isolated the bird from the background.  Rather than make a mugshot out of it, I tried a combination of Alien Skin Snap Art (Oil portrait on heavy canvas) and Nik Silver Fx Pro (vintage B & W). 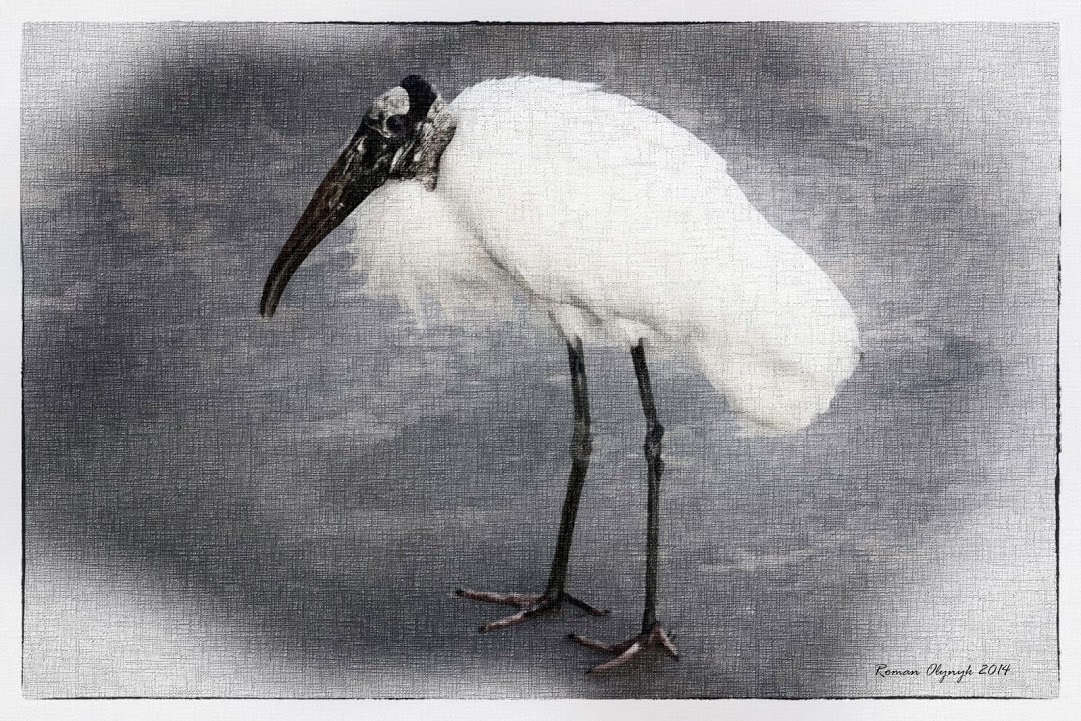 It's like putting lipstick on a pig, but I had to try something.  ;-)

Posted by Banewood at 8:53 AM No comments:

The Great Egret (Ardea alba) is hands-down one of my favorite photo subjects.  Here's a gallery of a few of the "easy" shots, i.e., ones that needed little or no work to render: 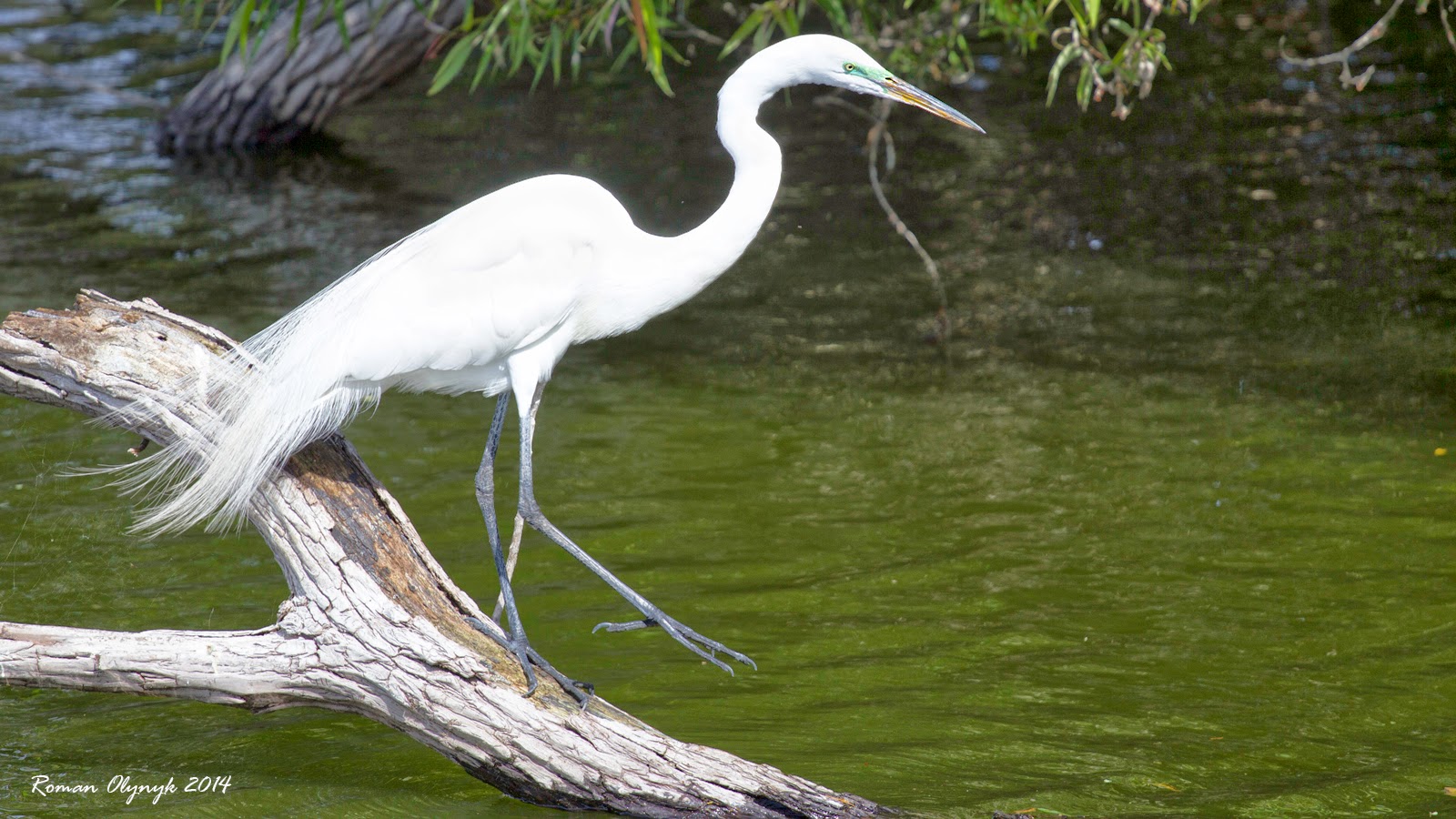 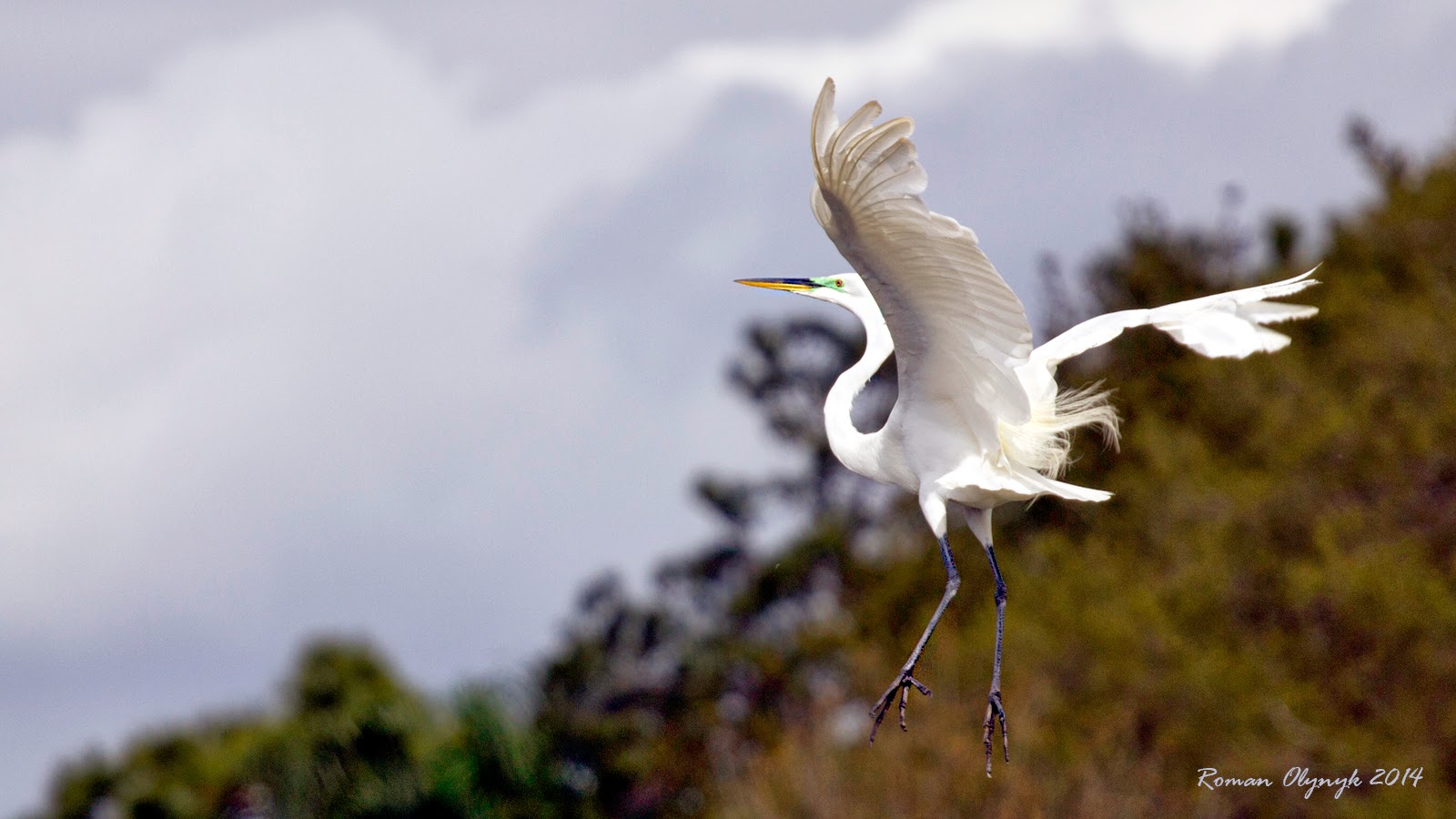 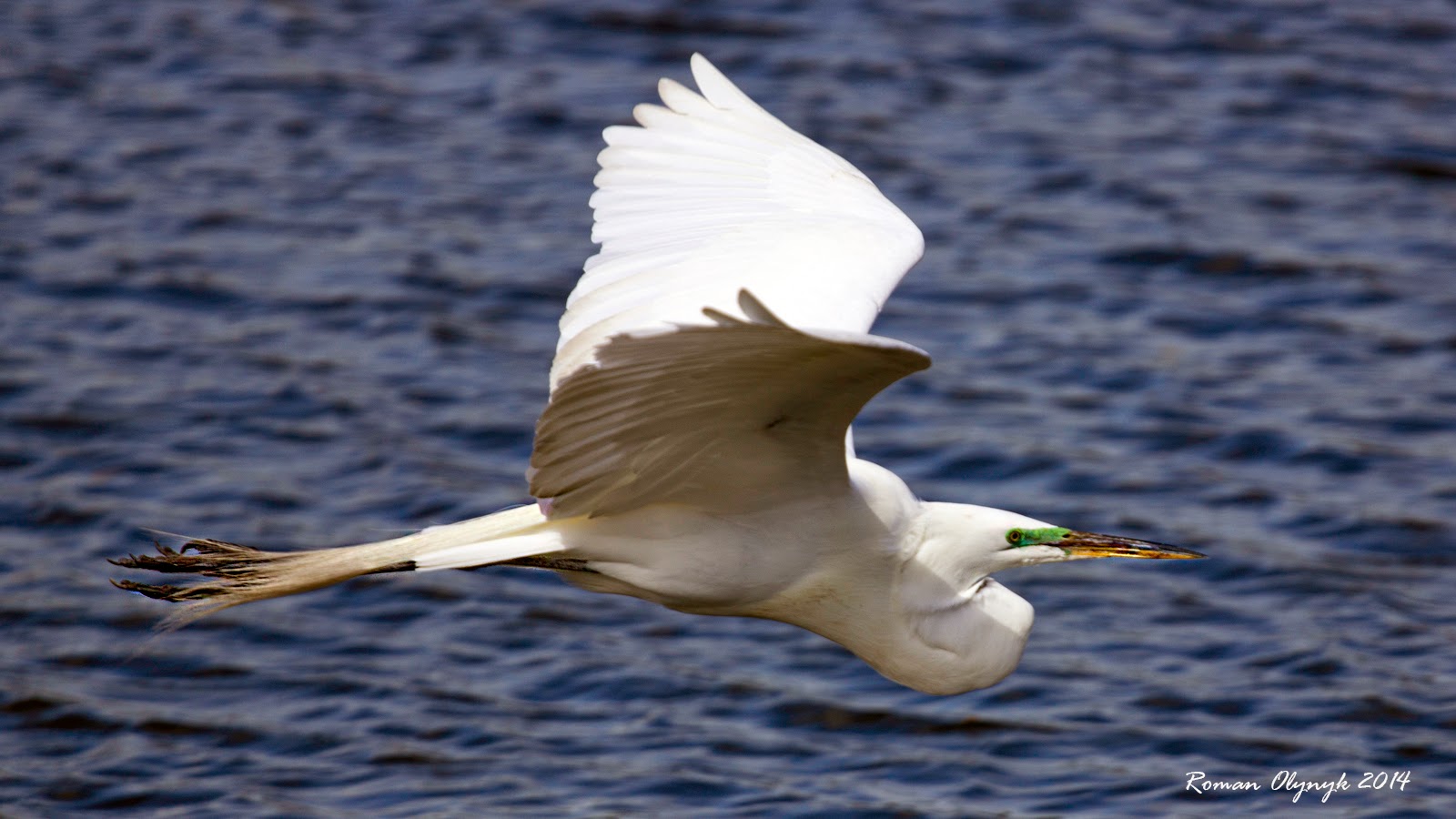 Once again, these are all from the rookery pond.

It's been many years since I've been in Florida in March.  I had hoped it would be closer to Spring and that there would be more flowers to photograph.  Alas, I was wrong.

These tiny blue flowers as yet unidentified appear to be Blue Toadflax (Nuttallanthus canadensis).  They grow along roadside ditches: 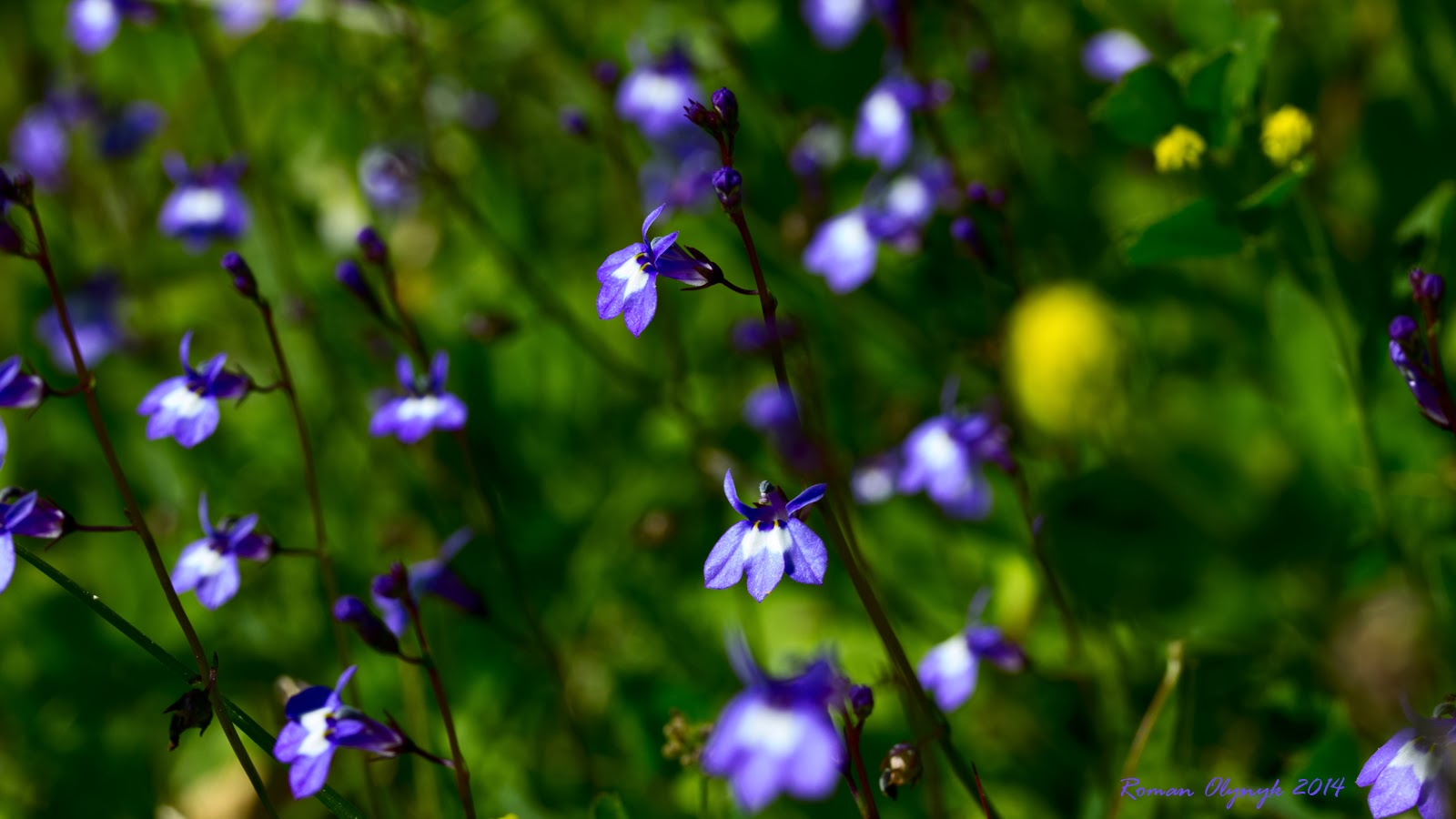 They're almost like Baby's Breath, but they grow on tall spikes.  The bloom is pretty in close-up: 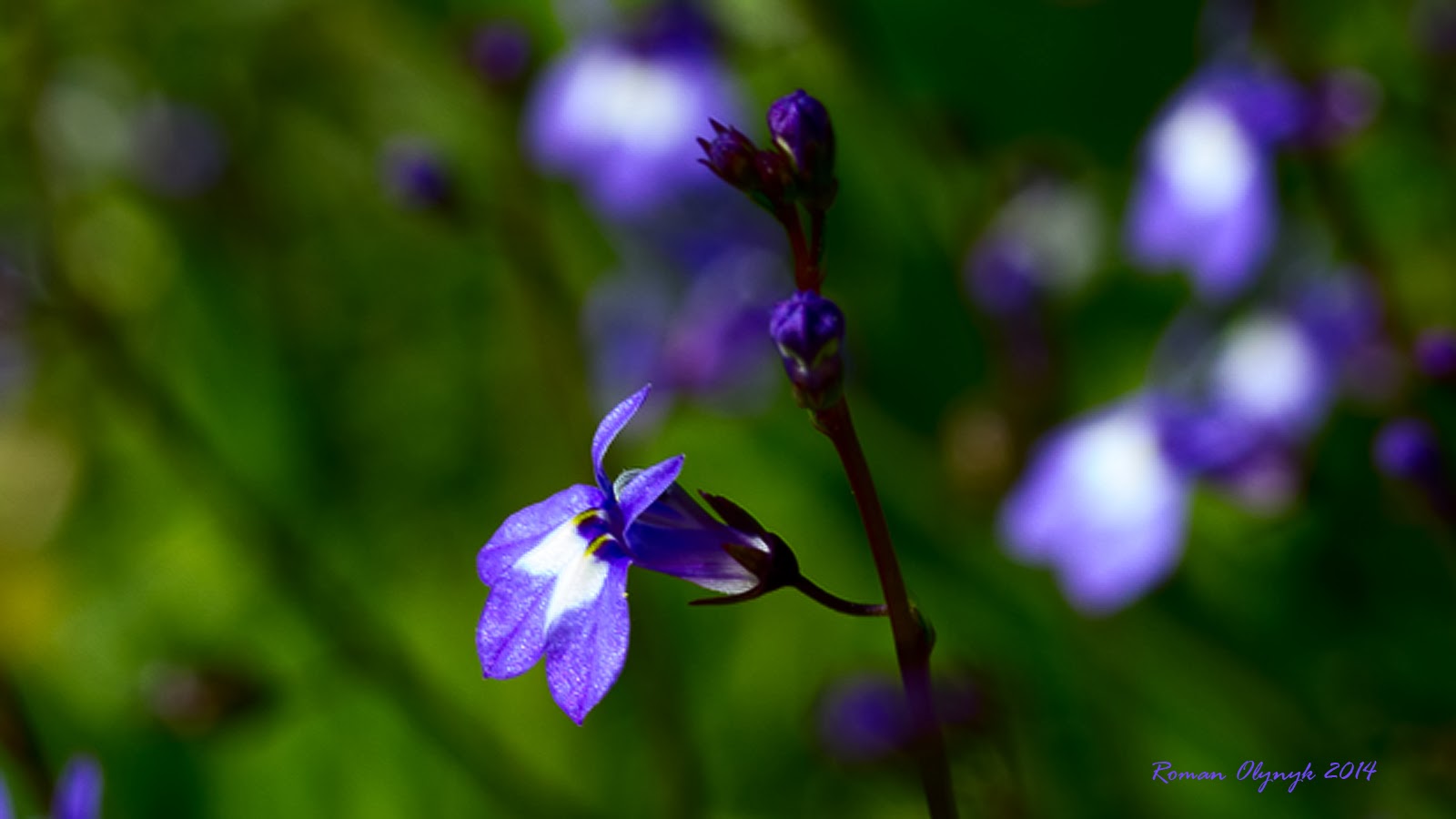 Posted by Banewood at 9:45 AM No comments:

Meet the Great Blue Heron (Ardea herodias).  I'm spending a couple of weeks at Warm Mineral Springs in Southwest Florida.  In nearby Venice is a bird sanctuary with a rookery pond. 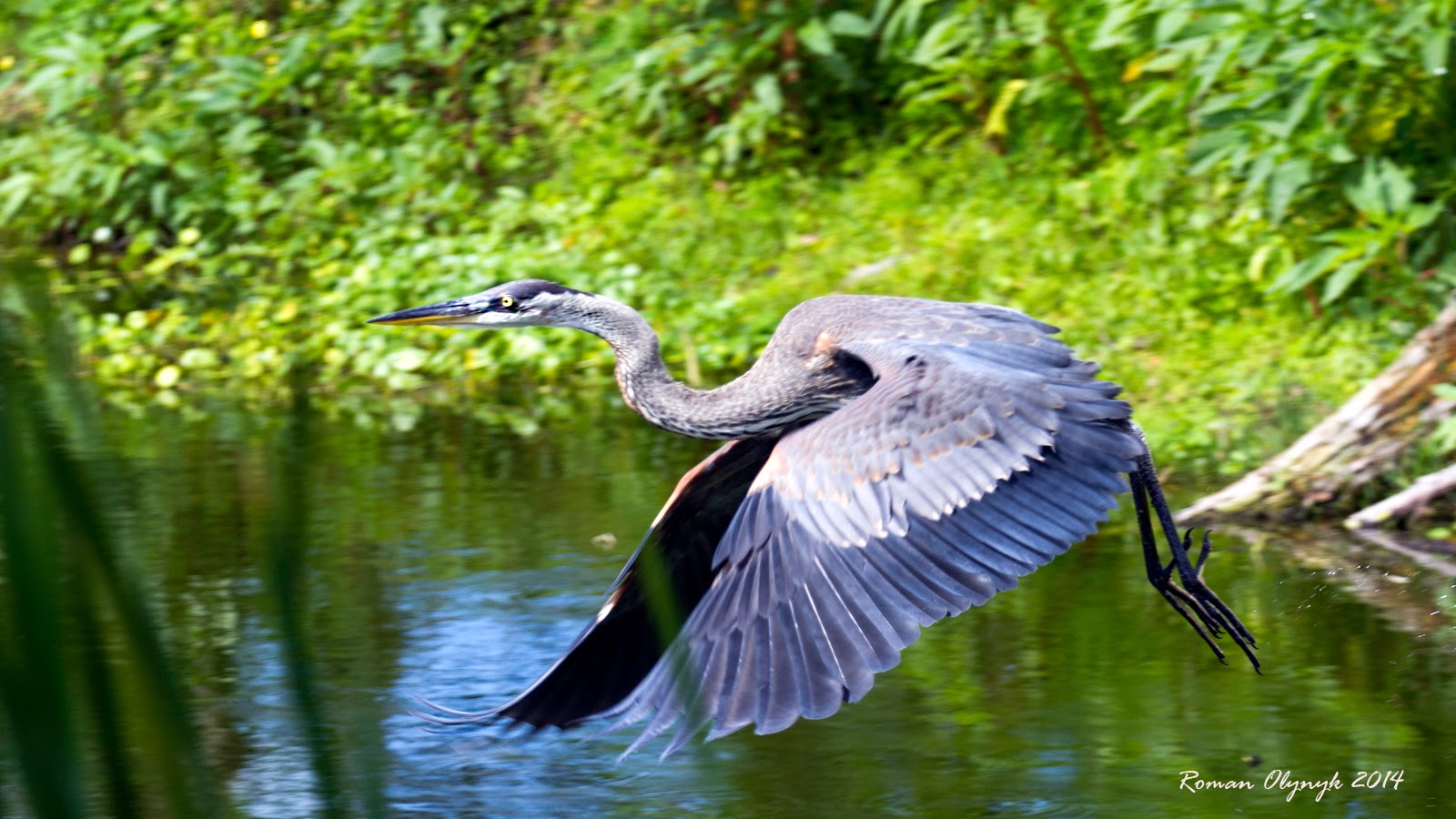 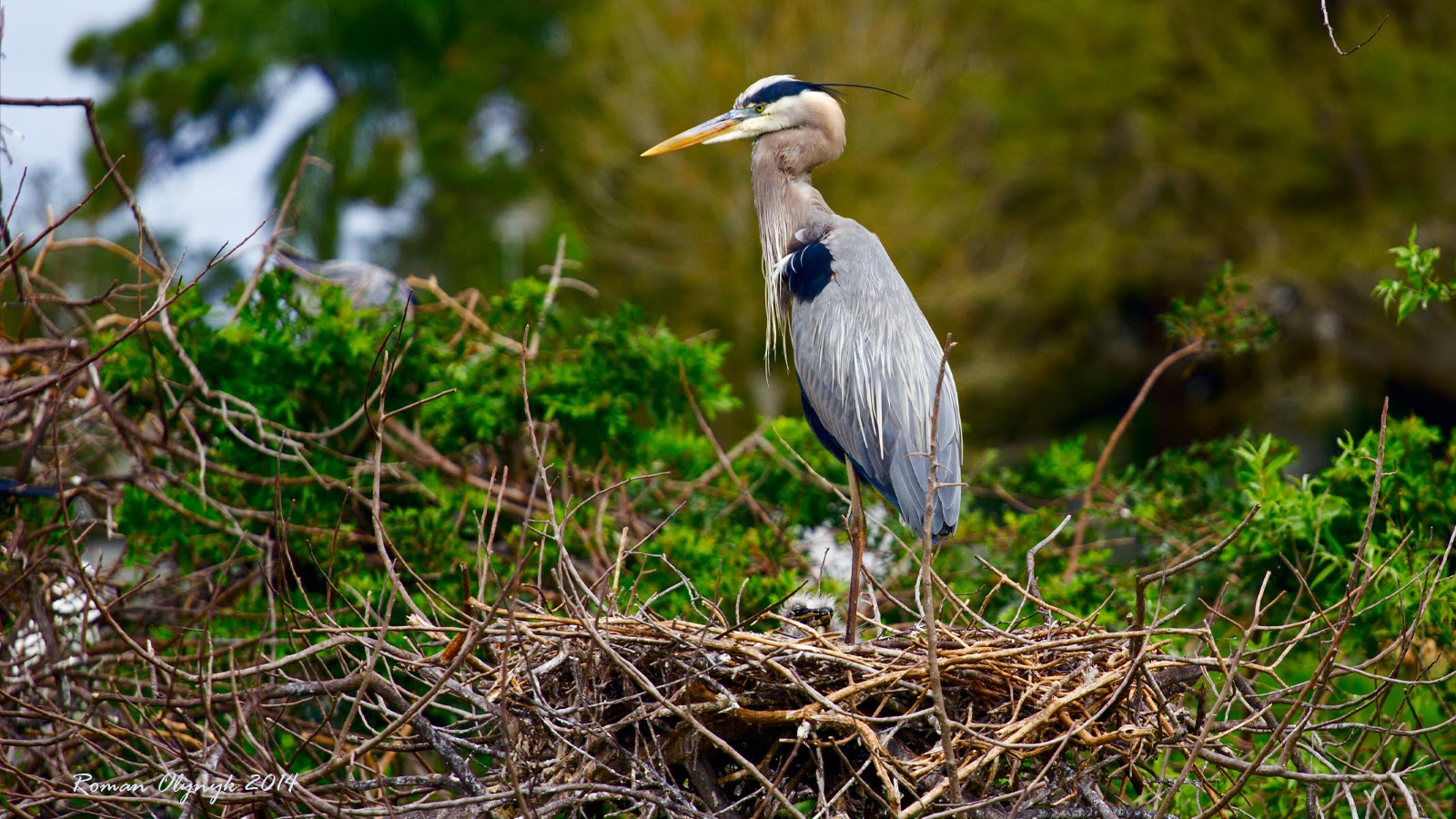 I took these with a  200mm telephoto.  Note the couple of chicks in the lower photo.