The bloodroot (Sanguinaria canadensis) is said to be quite variable in flower and leaf.  I shot this one in the Arboretum last Saturday, where it is shown displaying its frill in a threatening manner. 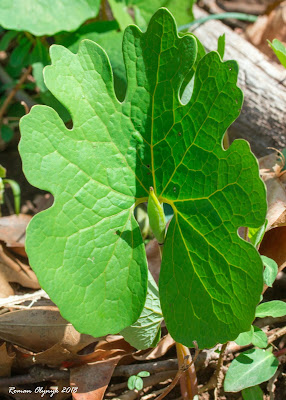 Although this type of behavior is typical of certain animals, it's not at all common in the plant kingdom. 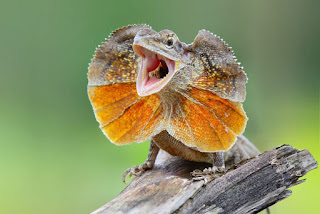 The juice of the bloodroot is red and poisonous, but at least it doesn't spit.  The other plants nearby nonetheless felt threatened.
Posted by Banewood at 8:32 AM No comments:

Spring in the Arboretum

Took a stroll down the rail trail to the bottom of the WVU Arboretum last Saturday.  The highly variable weather we've been having has had a strange effect on the wildflowers there.  I went for the Bluebells, but they weren't anything like what they've been in previous years. 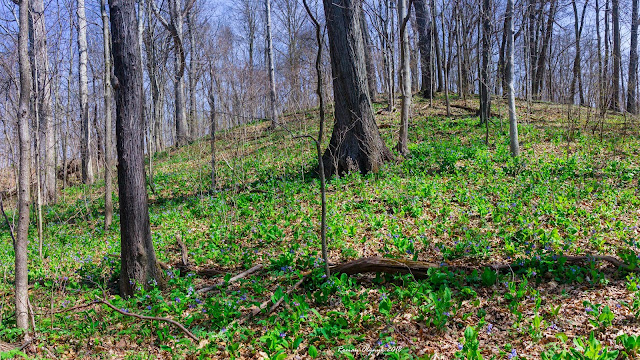 What was impressive was the volume of plants like Trout Lily and Wakerobin. 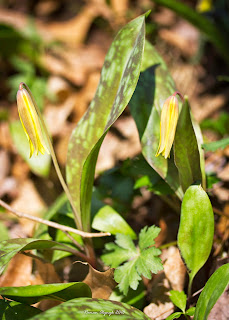 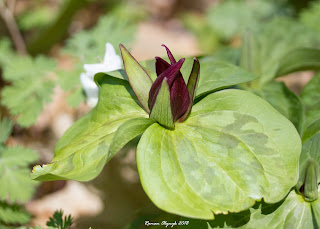 I learned something new about the Wakerobin.  There are a couple of closely related species of it.  I've always thought that this is the red trillium or wakerobin (Trillium erectum), but now I've leaned that this might also be a furrowed wakerobin (Trillium sulcatum), which is more southern and also grows in this state (W.Va.). Although quite similar, you can tell them apart by the smell: Trillium erectum smells like rotten meat and Trillium sulcatum smells faintly musty, like fresh fungus. Sorry to say, but I did not think to smell this.
Posted by Banewood at 3:43 PM No comments: