Some months ago, I purchased a Canon FD 50mm f/3.5 Macro lens from the ShopGoodwill.com auction site.  It was part of a package, which also contained an old FD telephoto lens and a set of three macro adapters in a nice case.

Everything that I'd read about this lens indicated that you got a lot of bang for your buck with it.  This is a typical blurb that you see for it on auction sites:

"Optically excellent Canon Macro lens. This lens is believed by many enthusiasts to be among the sharpest macro lenses ever made for the Canon camera."

Here are a couple of shots that I took last evening: 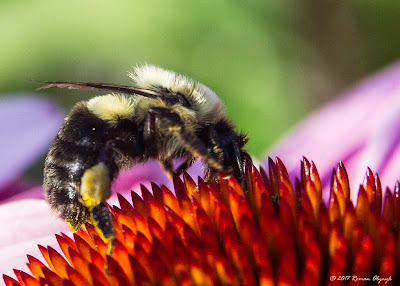 The hardest thing with this lens is having to manually focus.  As you can see above, however, it can be done.

I'm keeping the 1x macro adapter on this lens to protect it and keep it clean, so these two shots aren't simply with the "pure" lens.  It's weird as far as lenses I've had.  The front has a deeply recessed cavity, so protecting the lens itself really shouldn't be an issue.

I've been thinking of selling this lens and the adapters on eBay, but I think that I want to play with it for a while longer.
Posted by Banewood at 8:35 AM No comments:

Last weekend, I went back to the little pavilion at the Coopers Rock trout pond, and this time I brought along a flash unit for the camera.

Results are a little better, I think: 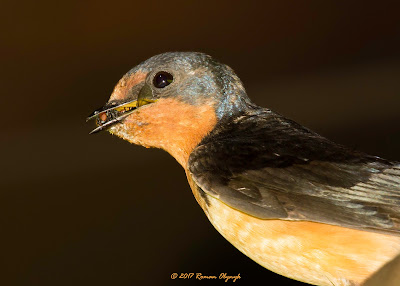 This one is my favorite, as it captures a barn swallow with a fly in its mouth.

Here's where the bugs go: 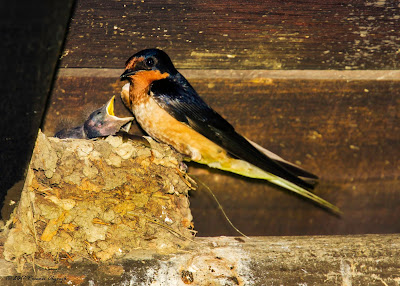 Thank goodness for telephoto lenses... and for tripods.  For without those, I never would have gotten this distant shot of a cedar waxwing. 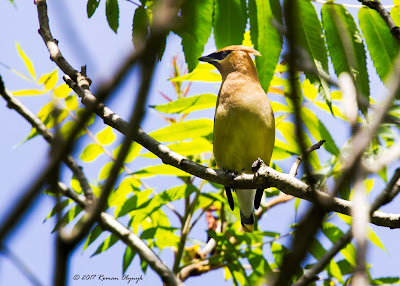 Posted by Banewood at 3:14 PM No comments:

I went to the trout pond near Coopers Rock State Forest the other day and spent a little time stalking the wily Red-Winged Blackbird (Agelaius phoeniceus).  This is supposedly one of the most abundant living land bird in North America.  I had to think about that statement for a moment.  Are there abundant dead land birds?   Perhaps they meant zombie passenger pigeons.

Anyway, red-winged blackbirds are not at all common for me, so I was happy to catch a few good shots. 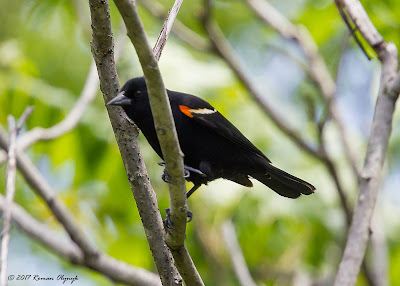 The next on is also a red-winged blackbird, but it doesn't have the red wings.  From what I've read, that indicates that it's an immature male. 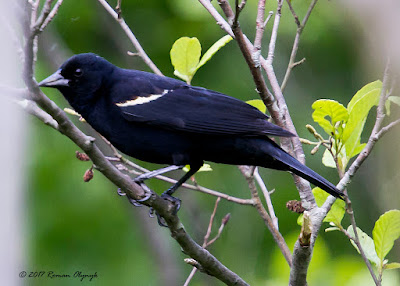 I don't speak blackbirdese, so I couldn't tell off-hand that his tweets were immature.

Finally, there's a little pavilion by the pond, where there must have been at least half a dozen barn swallows nesting.  After waiting for several minutes, a few of them began returning to their nesting area. 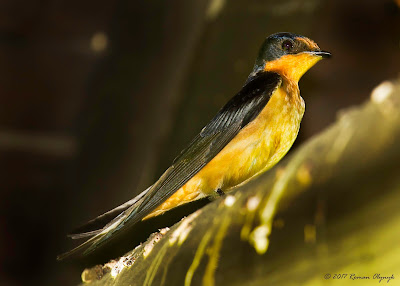 They're actually pretty colorful birds.  Unfortunately, this shot doesn't show off the blue upper back.
Posted by Banewood at 10:04 AM No comments: