According to Wikipedia, Pareidolia can cause people to interpret random images, or patterns of light and shadow, as faces. 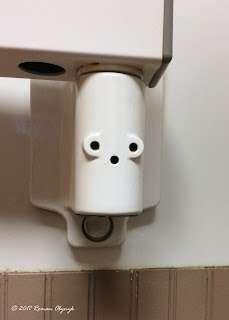 I took this picture of an X-Ray machine mount at my dentist's office with my iPhone yesterday.
It reminds me of Edvard Munch' "The Scream." 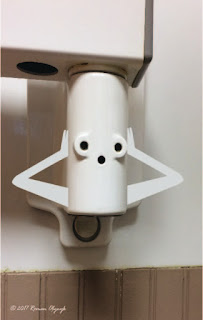 Posted by Banewood at 9:58 AM No comments:

Three Eyes (What You Gonna Do Now?)

A lunchtime walk down the rail trail today had me admiring the wildlife on a goldenrod flower.
Meet the Paper Wasp (Polistes): 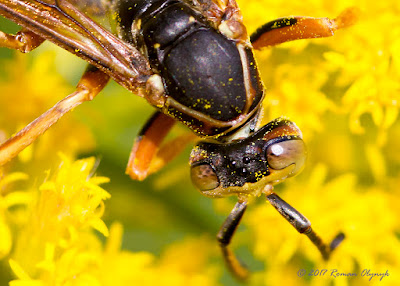 This shot really shows off the three simple eyes or ocelli that are between the wasp's compound eyes. I read on the old Wikipedia that these ocelli are more strongly expressed in flying insects, especially wasps.

From what I've read, these eyes suck at discerning forms, but they are better than compound eyes at seeing light.  Think of them as little light meters. The jury is still out as to their exact function.

In an exclusive to Blogging the ImaginationTM, here's another shot of our lovely little sister: 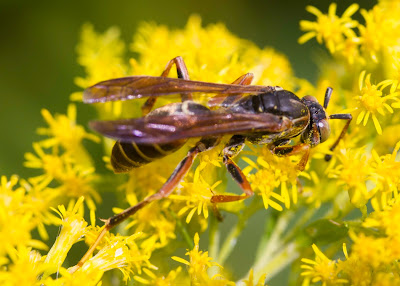 The title of this post is a tip o' the hat to The Lovin' Spoonful song Four Eyes.
Posted by Banewood at 3:03 PM No comments:

Yesterday I posted a photo of a Snowy Egret that I had taken while in Florida last month.  Much to my surprise, this picture has garnered more "likes" on Google+ than any other picture that I have ever posted -- 273 after just one day on the Birds4All community. 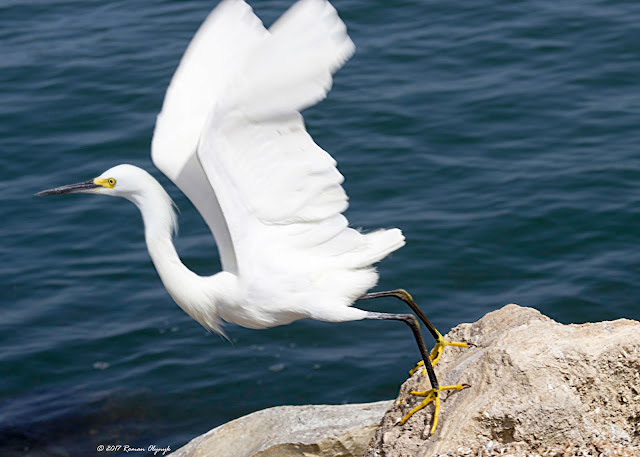 Snowy Egret (Egretta thula) is preparing for takeoff: seat back and folding trays are in an upright position.

The thing that I hate to admit is that this is a PhotoShop retouch job.   Here's the original: 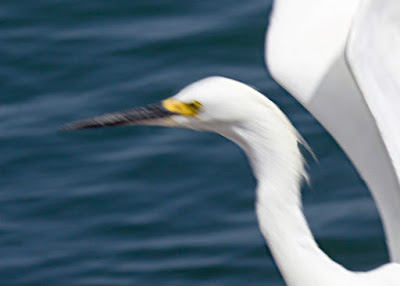 Try as I might, I couldn't do a motion de-blur well enough to fix the head around the eyes and beak.  So I did what any other art department flack would have done -- I pasted in a head shot of the same bird from a different photo.   Sue me.  At least it was the same bird.

In my continued effort to justify my re-touching, I recognized that it was a pretty nice picture.  The bird was in a springing position, about to take flight.  I had unfortunately missed getting the tips of the wings, but for the blurred head, the rest of this shot is quite nice.  I can get away with the blurred wings, as they impart the right bit of energy to the shot.  But a blurred head with two eyes is a no-no.