The Web the Way You Want It

This Internet Explorer 4.0 Cross-Platform CD turned up in a box of AOL disks that were in my basement.  The CD is still in its original shrink wrap.

Wikipedia has quite a bit to say about IE 4.  This distribution was an early salvo in the browser war between Microsoft and Netscape.

Something notable about this period piece is written on the back of the CD package.  Notice the spelling of the operating system in the second bullet item.
Posted by Banewood at 8:49 AM No comments:

One in a Million

Rhododendrons in bloom are one of the highlights of this time of year. 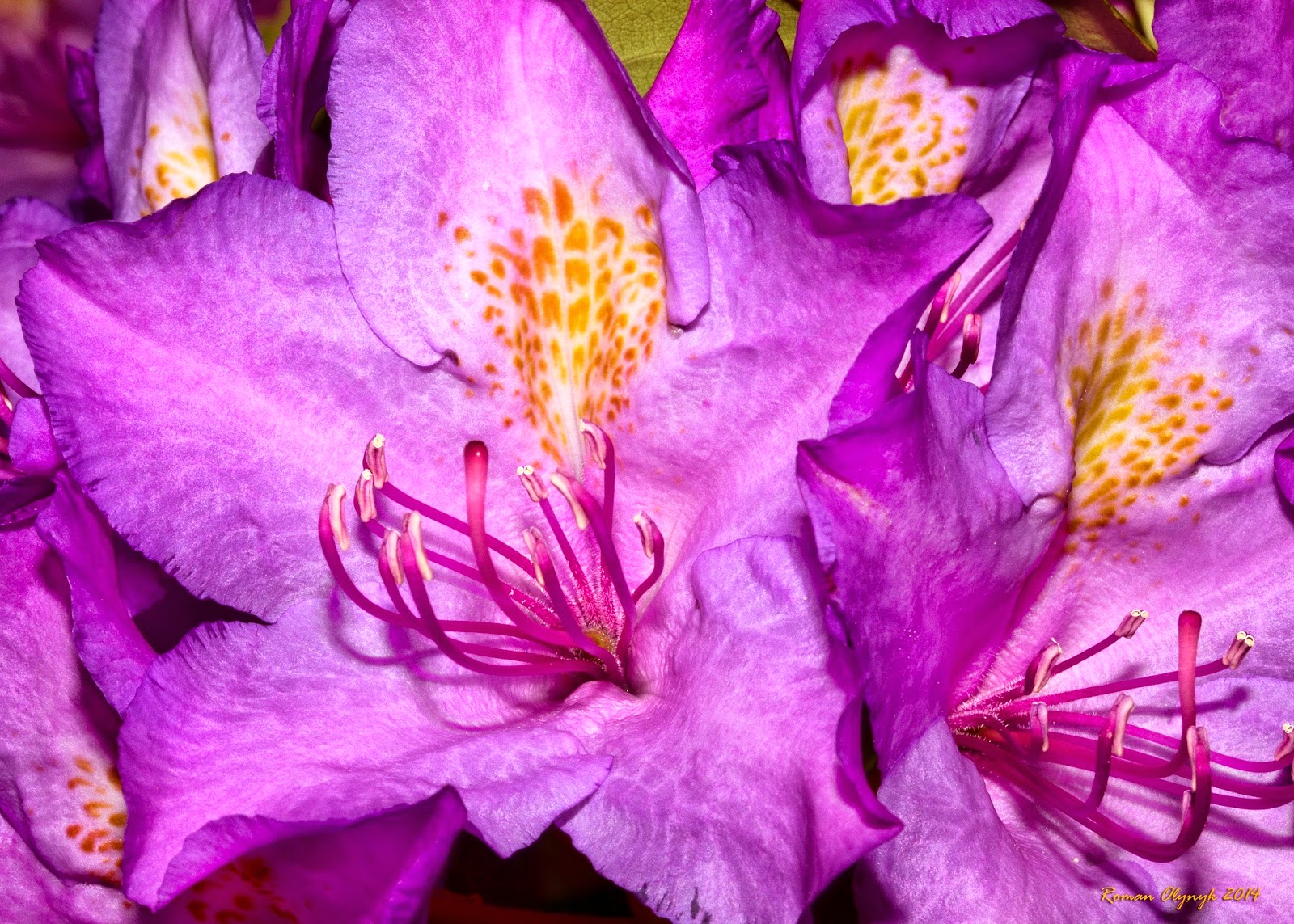 Photographing rhododendrons is kind of like shooting dandelions.  They're everywhere and an easy target.

I was thinking of the words "You're one in a million, and there are a million more like you." My memory is playing tricks on me.  It turned out that I was thinking of a Sheryl Crow song, "You're an Original. (SYTL)"  And the actual lyrics are "You're an original, baby. Turn around and you're looking at a hundred more..."
Posted by Banewood at 8:02 AM No comments:

Shooting in the back yard (a Meatloaf's Confession)

Here it is, past the middle of May, and I have yet to get on my bicycle.  Worse, I'm not even leaving my yard to take photographs.  Mea culpa, mea culpa, mea maxima culpa.

Yesterday was another day for macros.  The ring flash has been malfunctioning, not making good contact with the hot shoe.  The following were all done in natural sunlight. 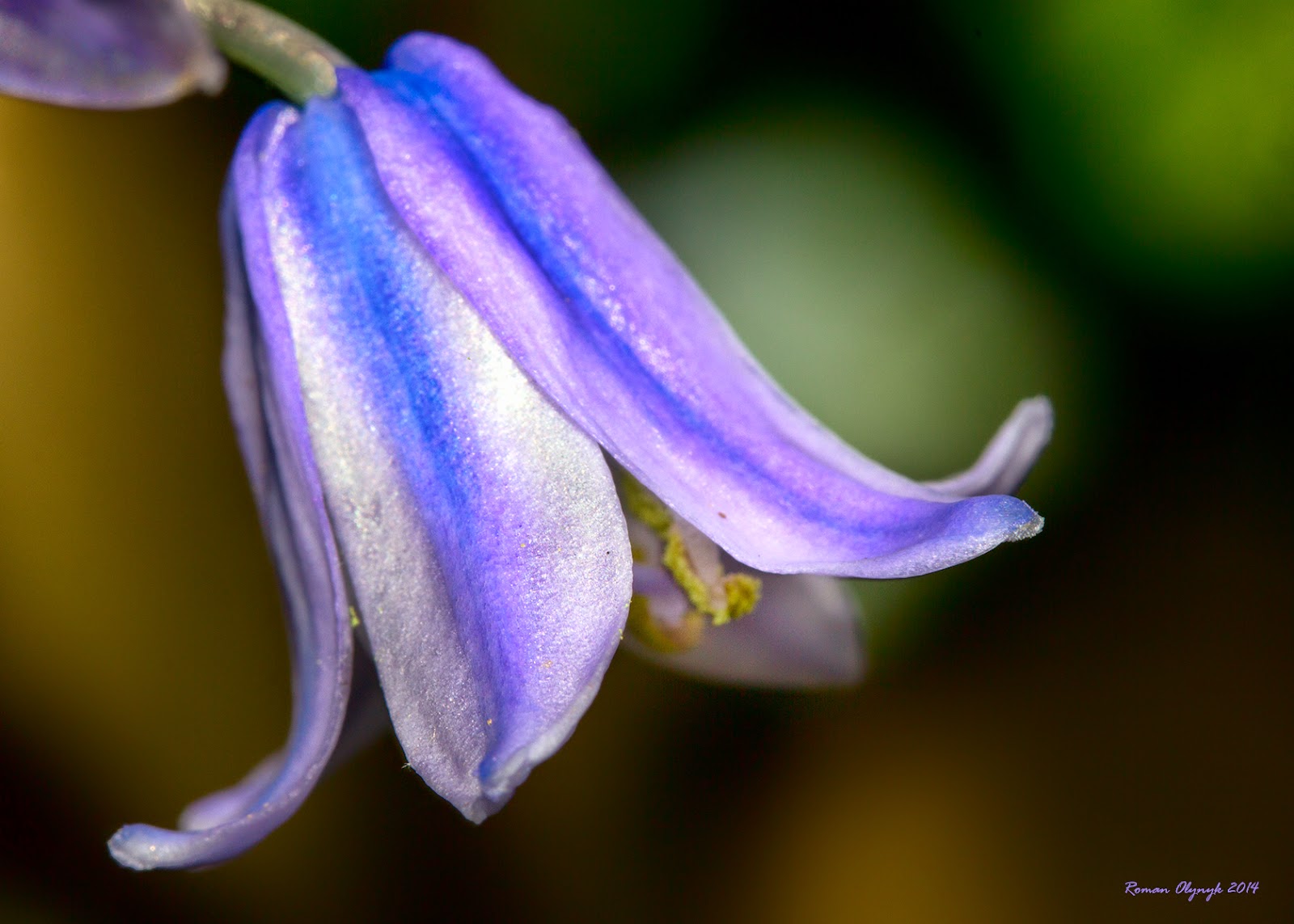 Above is a single bluebell bloom.  I was even too lazy to get down on the ground for this.  Relying, instead, on the live preview screen.

Below is an early bloom of a chives flower in my herb garden.  If you can gather enough chive flowers, they make a tasty omelet filling. 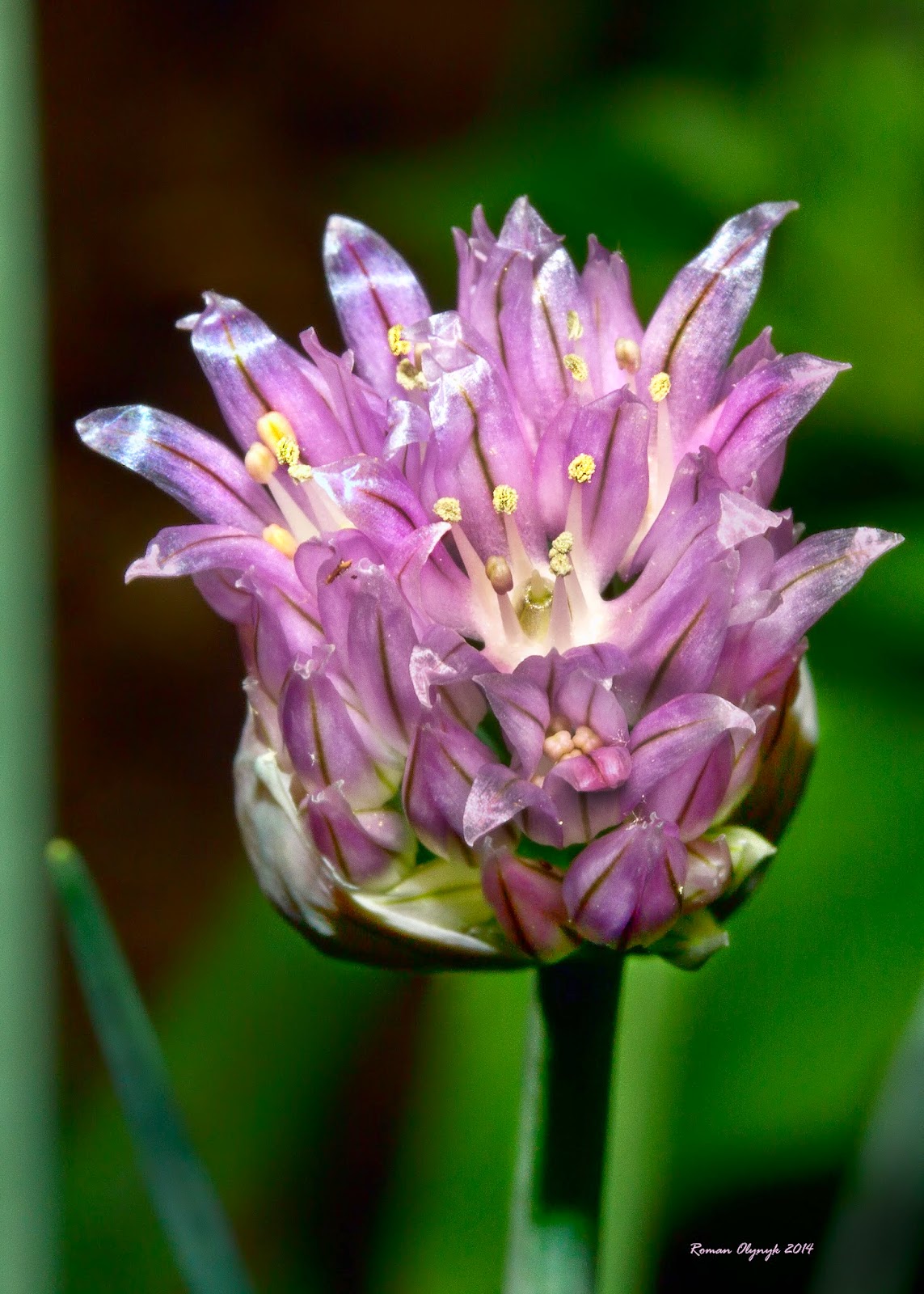 Believe it or not, I think this might very well be my first time photographing a dandelion seed head. 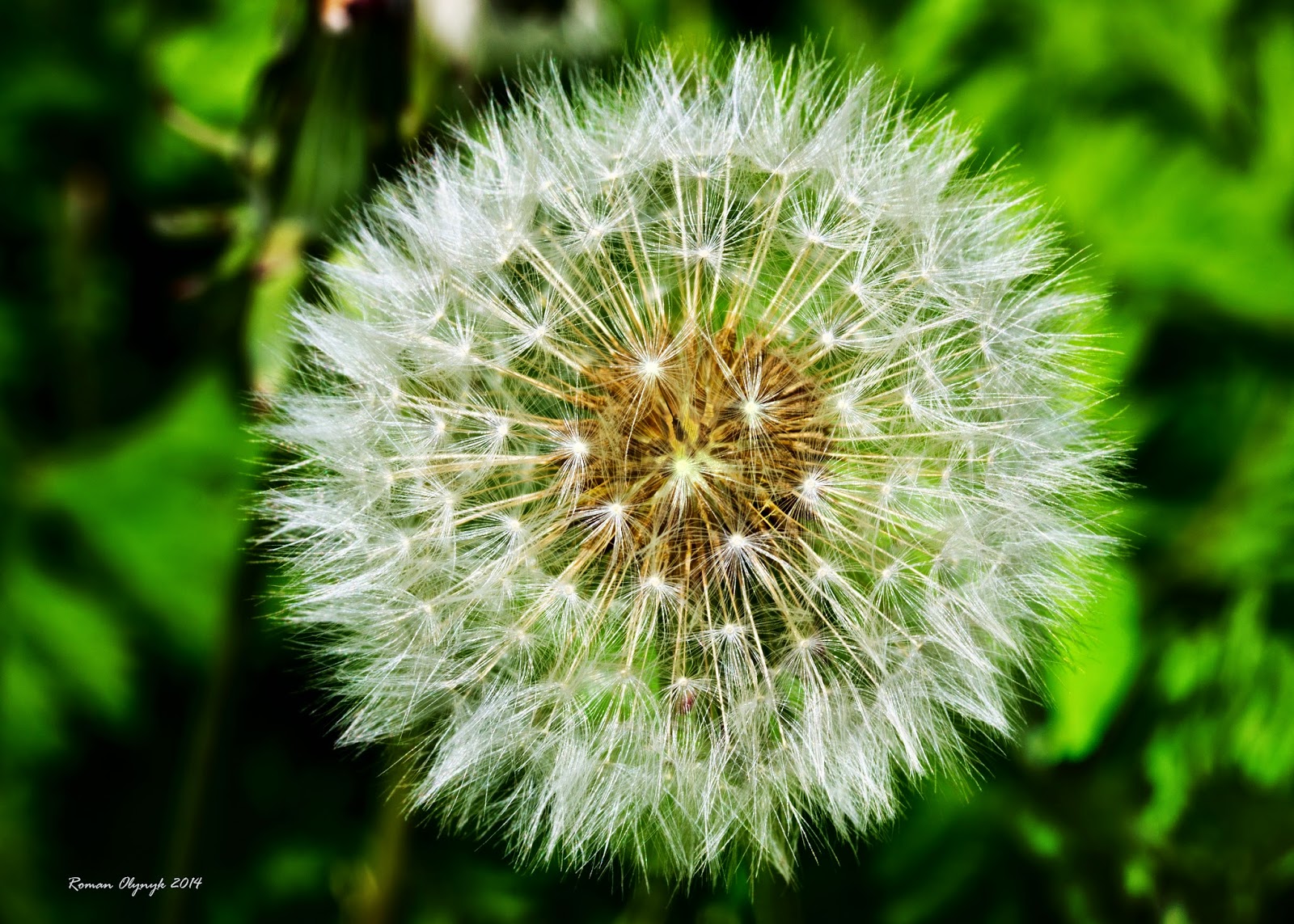 Posted by Banewood at 7:57 AM No comments:

Being election day in West Virginia, there was no work yesterday.  It was sunny and warm in the early afternoon, so I took the cushion from an old chair so I could lay in the grass in front of a bed of Ajuga reptans.  This spot was popular with the bumblebees, but I was rewarded instead by honey bees.

None of the following pictures jump out and scream "perfection!"  One or two may nudge and wink "notice me." 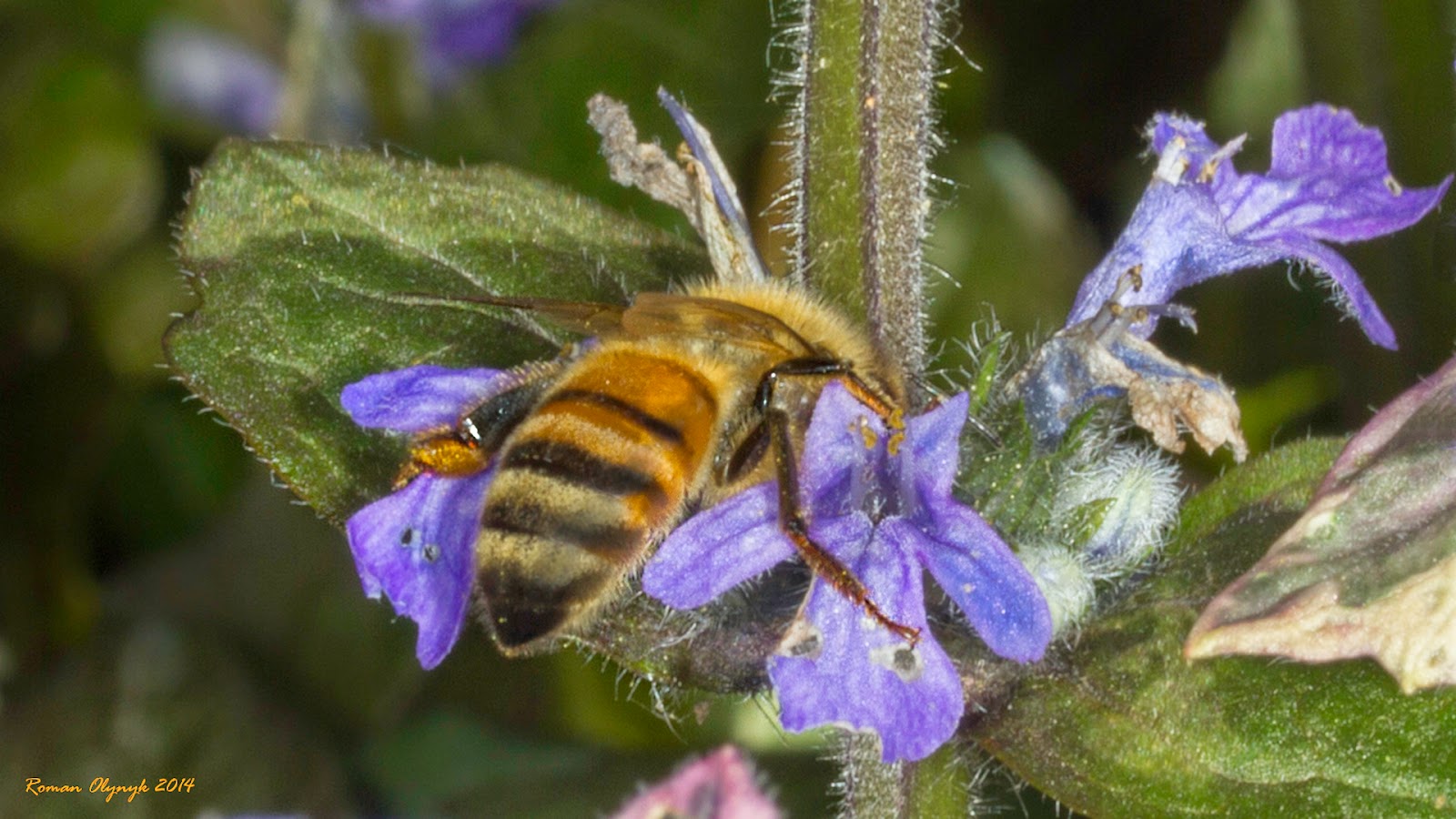 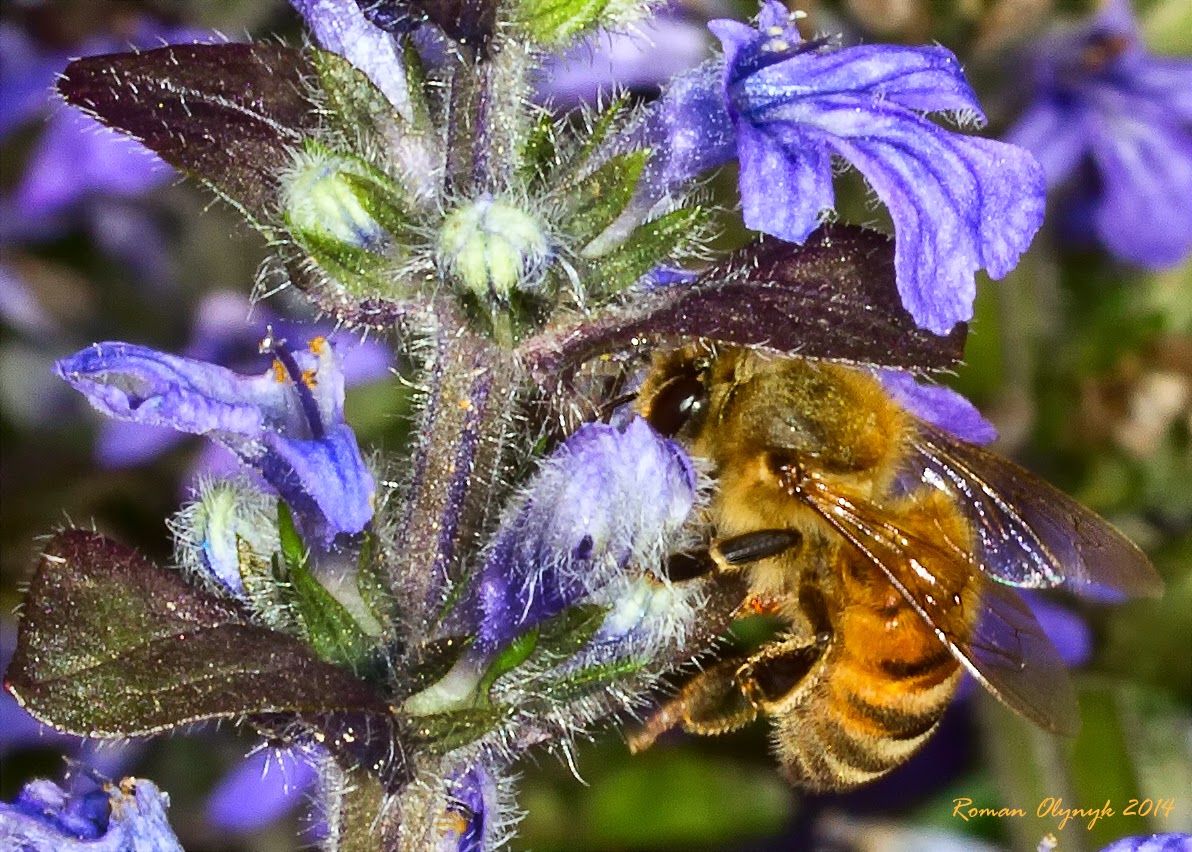 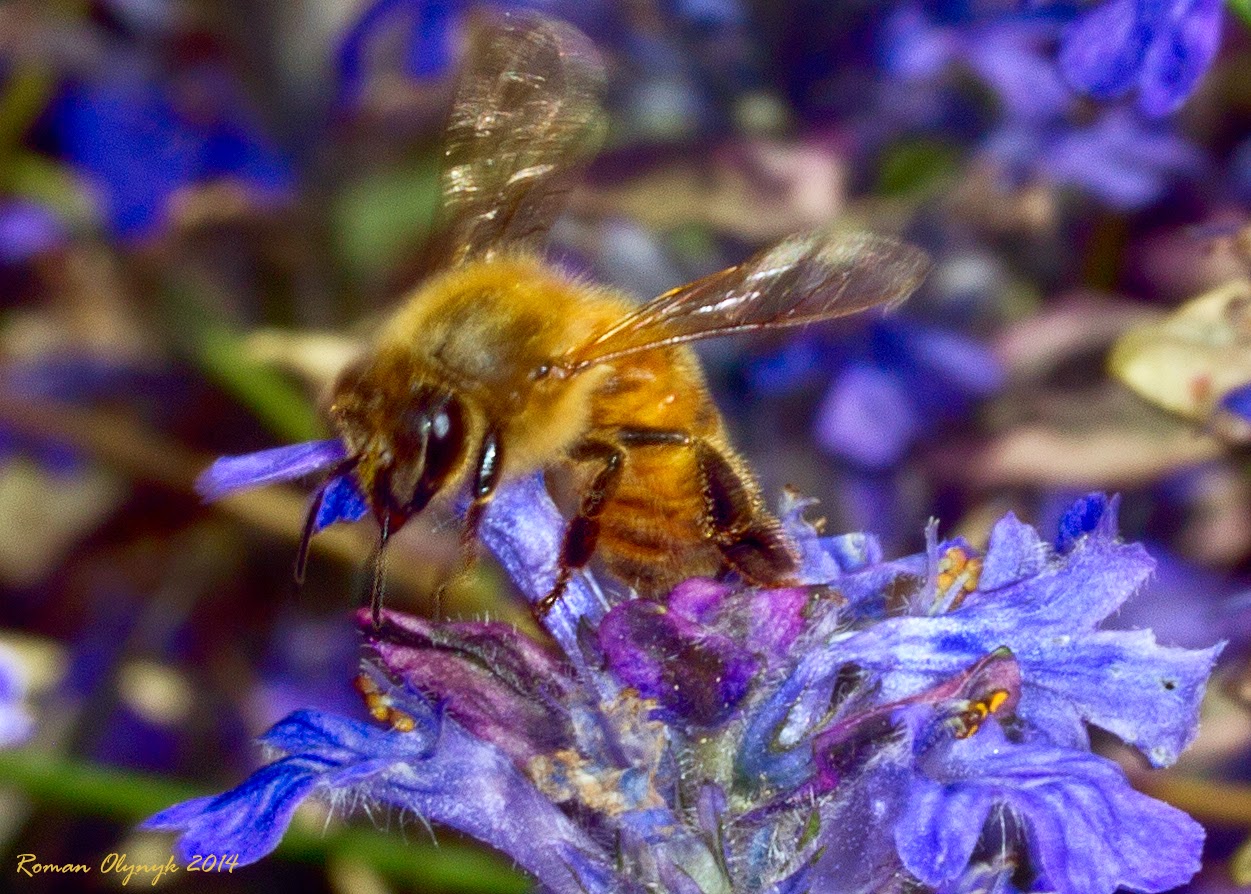 Meet the Ajuga reptans or Bugle weed, as its probably better known.  It's a European import in our backyard flower garden.  I first took notice of it recently, as it has begun to spread from the corner where it was planted. 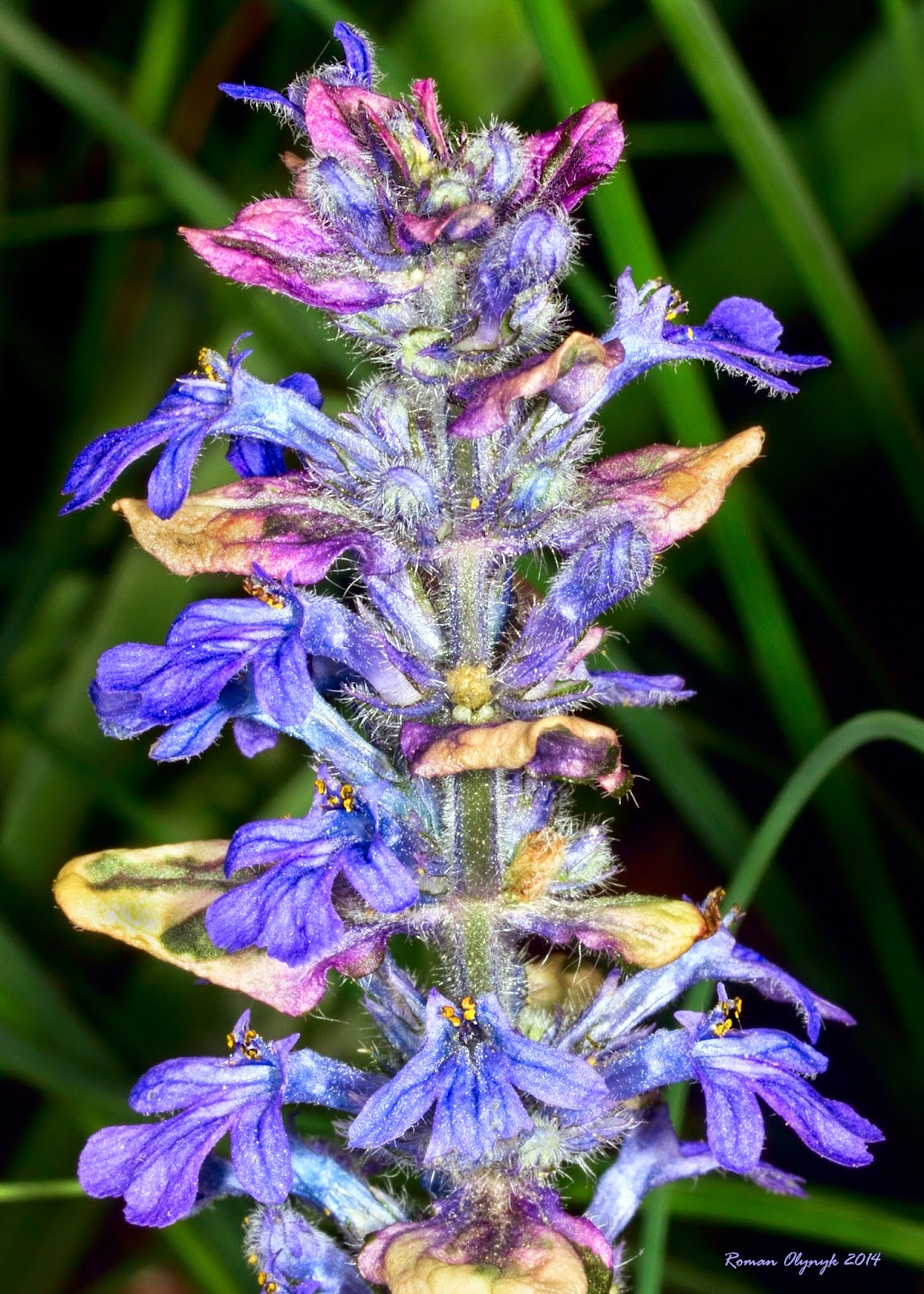 Bees, particularly the bumbling variety, seen to like the flowers, which grow in six-inch spikes low from the ground.  Unwilling to get down to the ground level for this shot, I cheated and used the on-screen preview of my camera to line up this shot, taken with a ring flash.

An interesting bit of trivia is this plant's use in old herbals. One of its names is Carpenter's herb, so-named for its blood clotting capabilities.  Olde tyme carpenters must have been more prone to self-amputation.  These days, I pretty much restrict myself to smashing my fingers.
Posted by Banewood at 11:10 AM No comments:

The other day I discovered that I no longer had digital copies of a number of black and white pictures that I had scanned years ago.  At the time, I was using software called NTI Backup Now, which had gone through a few revisions since I had  first started using it.

I spent a few obsessive hours last night searching through backup DVDs, looking for my old black and white scans.  The problem was that I couldn't restore them.  Once I had located the files and told Backup Now to restore them, the application just went into a catatonic state.  I finally determined that my 64-bit version of Windows was not compatible with the version of Backup Now that I was using.  Early this morning, I booted into an older 32-bit version of Windows that I kept around, and I was finally able to restore the black and white pictures.

With that done, I figured that I'd better restore a few more files that I didn't particularly want to lose, such as photos from my pre-DSLR days.  Frankly, most of those were disappointing, but I did find one interesting brick pattern that I played around with a little. 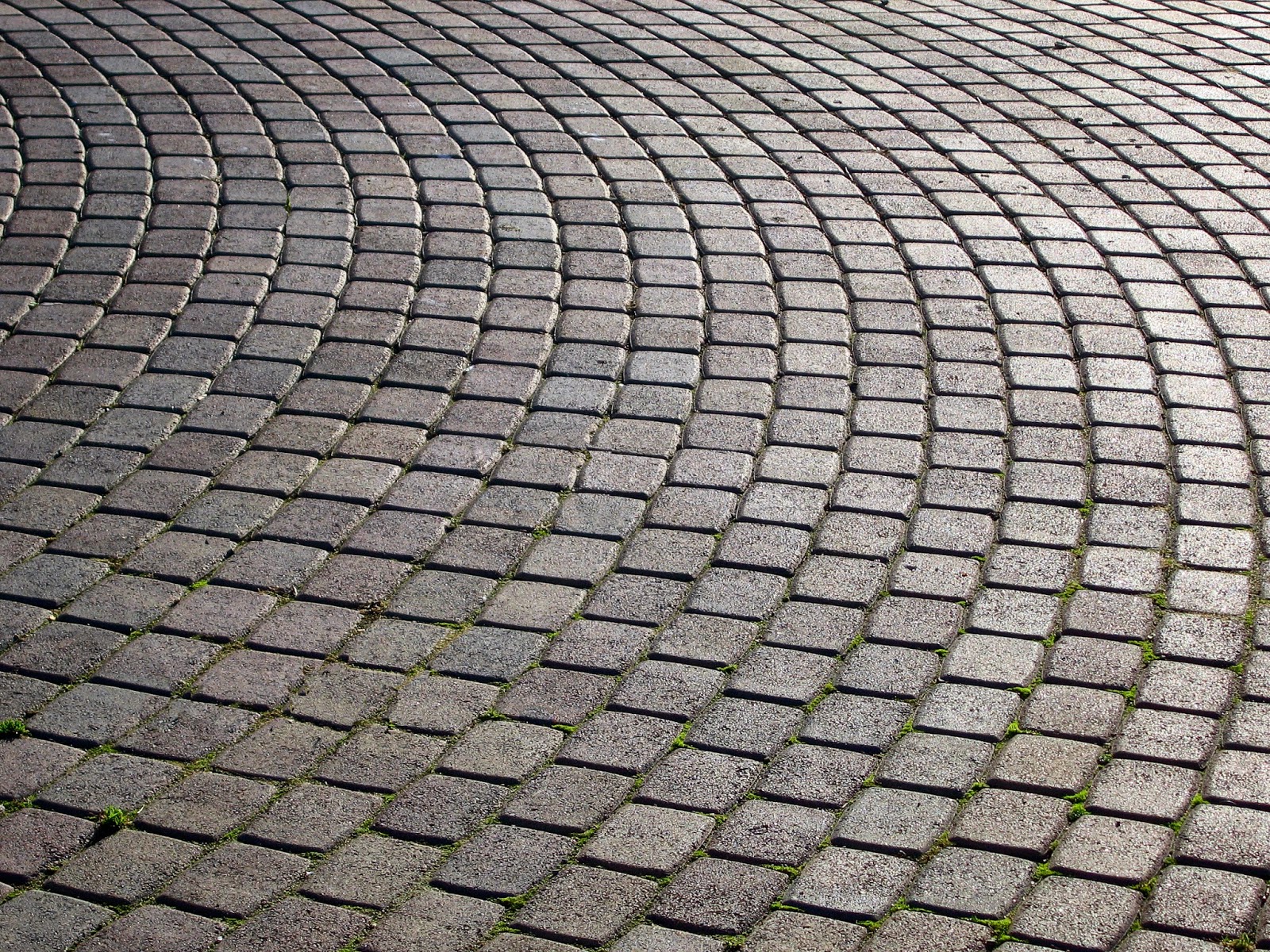 I'd shot this with an old Canon Powershot S60 that I bought for my birthday in early 2005.  This is a brick walkway close down to the McQuain Park at the riverfront. The original shot featured a poorly exposed sparrow eating some pieces of bread that were thrown to it.  Through the miracle of Photoshop's clone-stamp tool, bird and bread are gone, leaving just a little grass between the bricks.

I thought I'd keep this picture around as a pattern that I could use for texture blend photos.  I'm still on the lookout for a good subject that would lend itself to this pattern, however.  I played around a little bit with a seascape picture that I took a couple of months ago.

This is "Bricks on the Water" 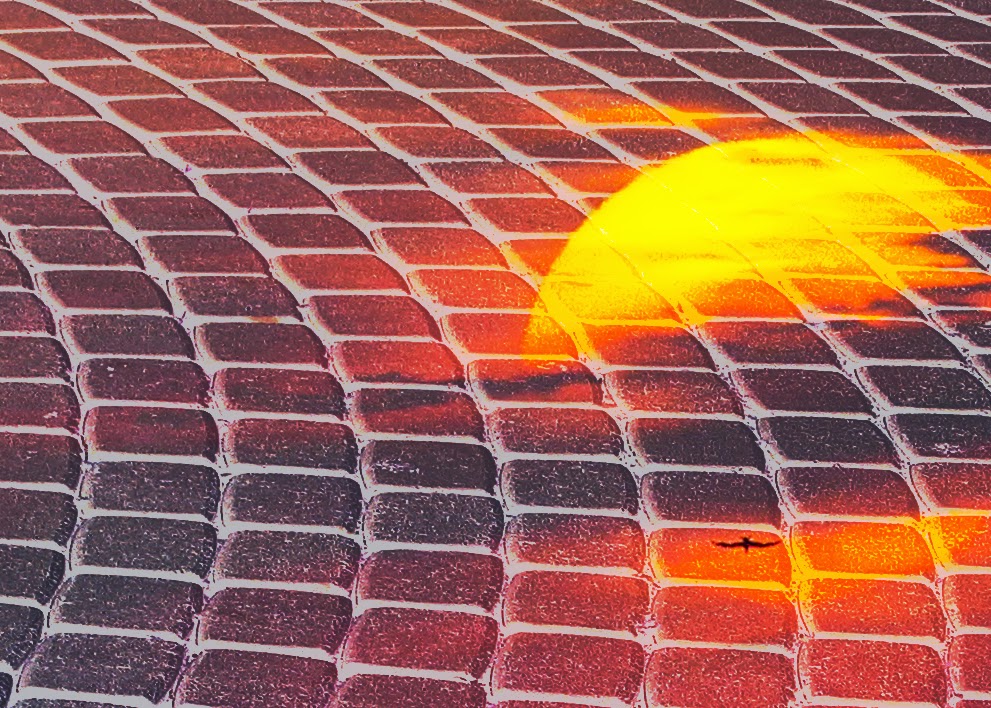 It's cool how the sunset colors blended with the neutral brick to make them more brick-like.

Posted by Banewood at 3:53 PM No comments: