Pictures at an Exhibition

Through an academic contact in the Biology department at WVU, the folks in Entomology asked if I would share some of my insect pictures for their Insect Zoo Halloween Event.

Did I have any pictures?  I went through a couple of year's worth and stuffed more than 50 in my OneDrive for Business account so that they'd have something from which to pick.   For all of that, they only chose to use seven that they felt were in keeping with the theme. 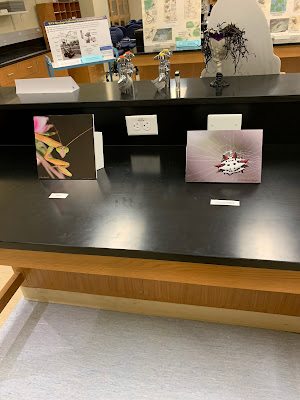 I was somewhat disappointed that the pictures weren't bigger, but they felt constrained by the resolution of the images.  Happily for me, a favorite mantis picture could be enlarged quite well.
On the right is a spiny backed orb weaver that I found near a Myaka river tributary in Florida.. 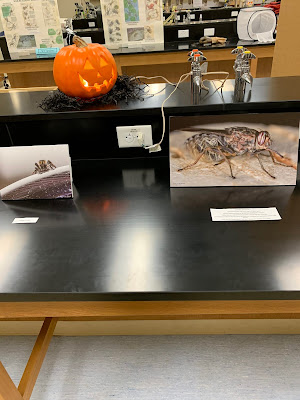 On the left, above, is a jumping spider perched on the faucet of my basement sink.  To the right is a blood-sucking Tsetse fly I shot in the biology lab a few years back.  For this shot, the fly was chilled on ice to render it torpid, while it sat warming up on a piece of cork. 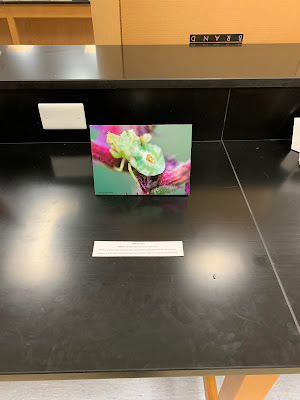 Above is the nymph of an ambush bug.  Somewhat like a spider, they suck out the body fluids of their insect victims.  This was my most difficult shot because the plant it's on was moving from the breeze. 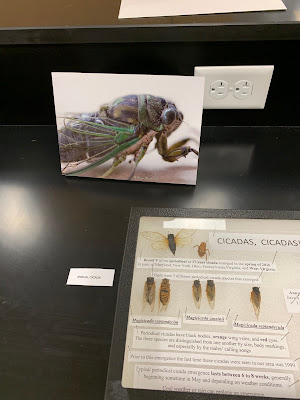 Above is an annual cicada.  I had labelled it as a dog day cicada.  I think this is a photo stack.  I also think that this cicada did not appreciate being restrained with a pin through its ass. 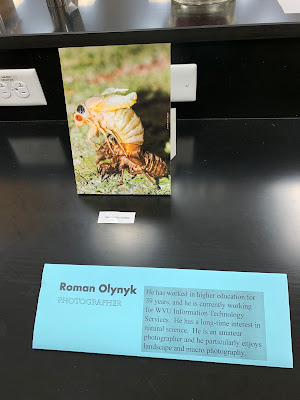 Last is a periodic cicada breaking out of its final nymph stage.  Makes me think of the intro sequence to True Blood (see 1:10 mark).  On the blue card is the bio they asked me to write.  Looks as if it could pass as a paragraph in my obituary. 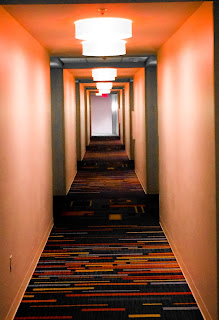 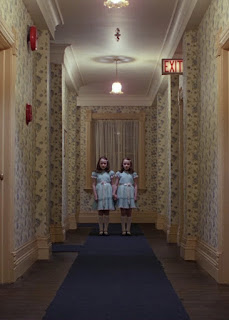 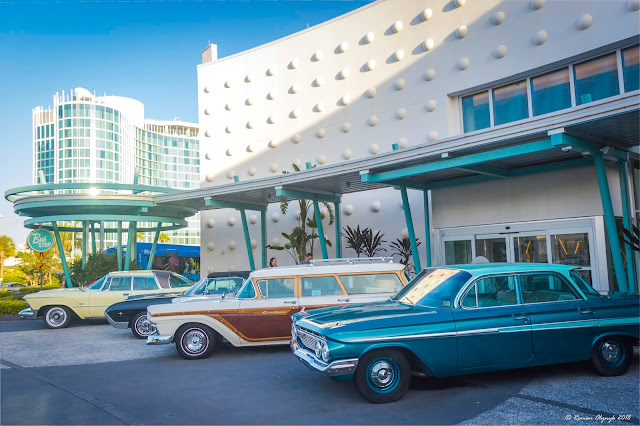 To the left is the bus stop, where we boarded the shuttle to the conference center.  The four antique cars appeared to be a regular fixture.  Left-to-to right, you have a yellow Chrysler Imperial, a black Ford Thunderbird convertible, a woodgrained Ford Country Squire station wagon, and a blue-green Chevrolet Impala.
Posted by Banewood at 9:39 AM No comments: