I read today that they're going to make fatter crash test dummies in the U.S. in order to keep up with  increasing obesity trends.

Not to let a stupid idea pass, I figured that it was time for another book: 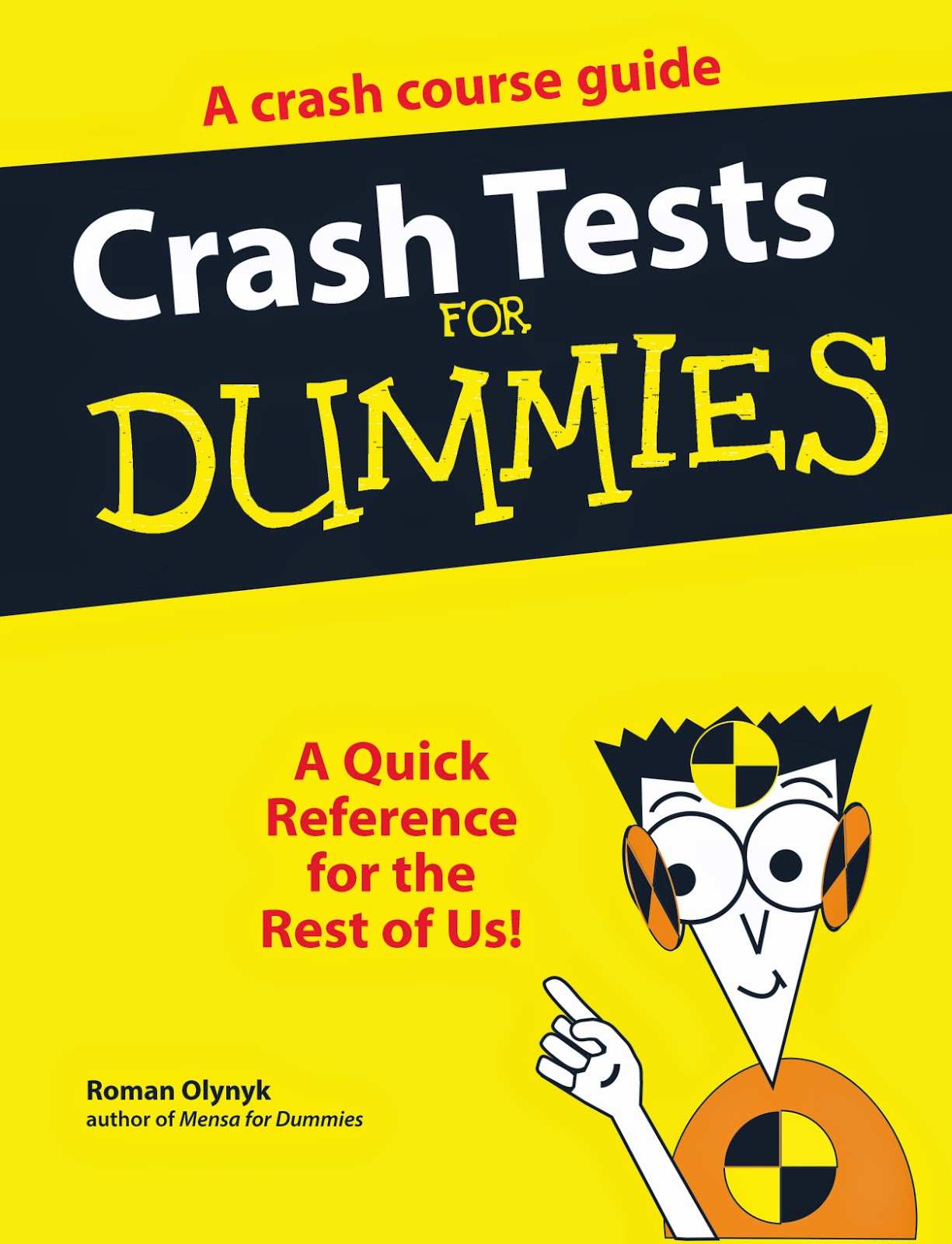 I can't believe how much I've forgotten about using Adobe Illustrator.  It's a wonder that I could do this much.

Looking down on Star City, W.Va..  I took this shot from behind the University Town Centre (sic), which sits atop an abandoned mine site (PDF).  That's the Monongahela River winding its way north towards Pittsburgh, where it joins the Allegheny River to form the Ohio River.  A conveyor in the middle-left transports coal directly to barges on the river.  Behind the hill is a smoke stack for the Longview coal-burning power plant. 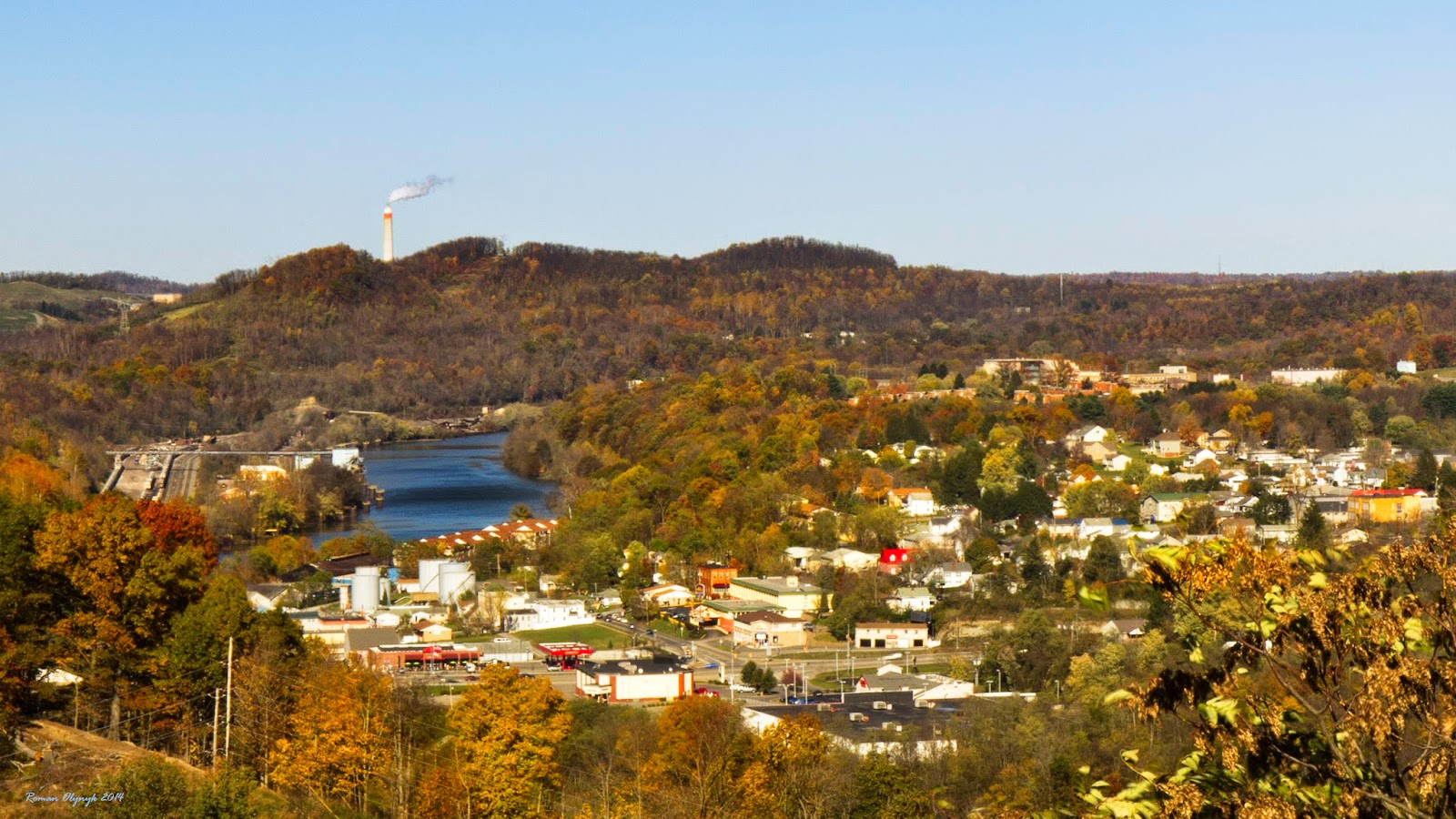 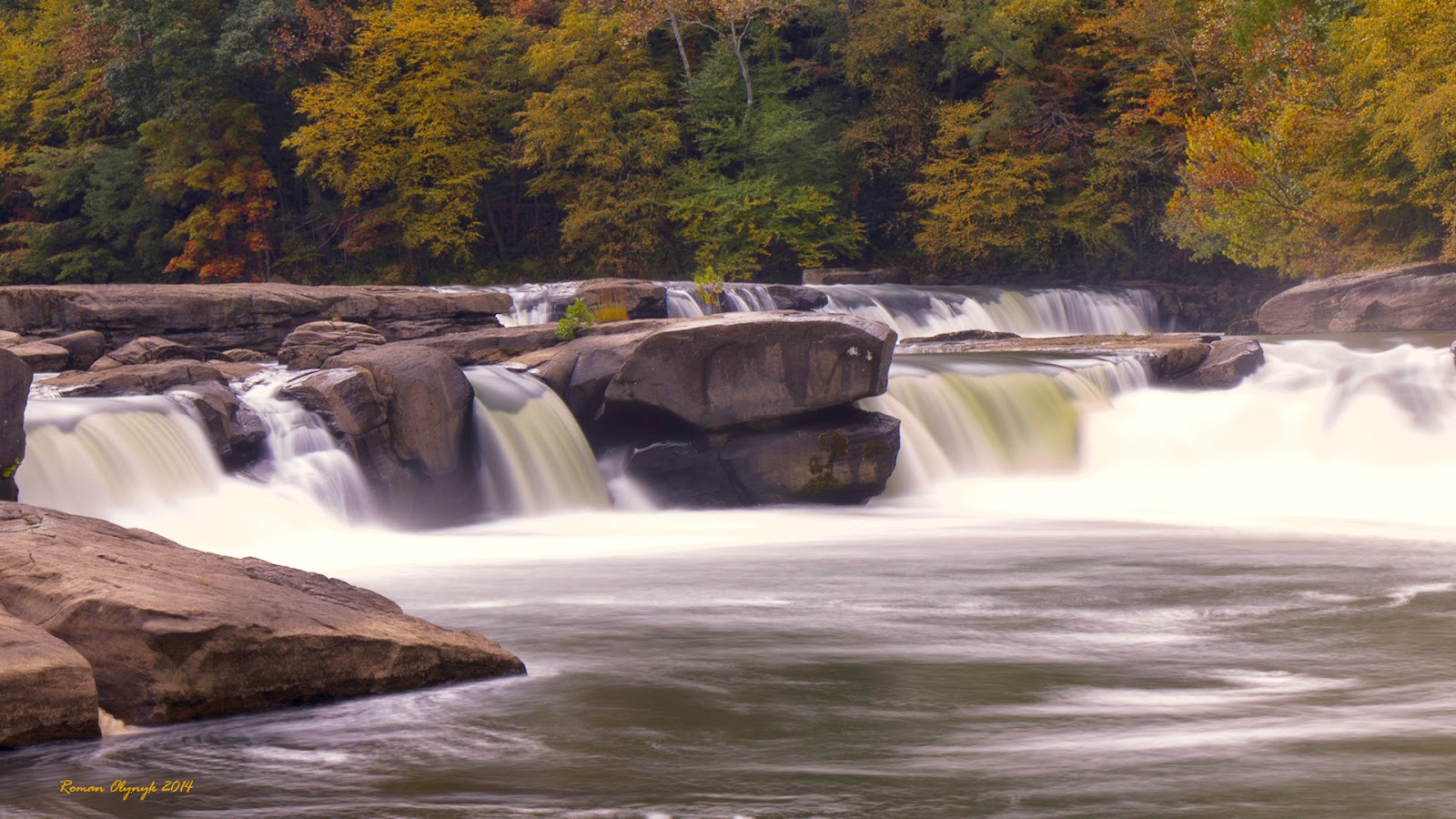 A lot of the photos where I used the neutral density filter have noticeable "noise."  This one doesn't have much at all.  There wasn't too much exposure correction needed in the Lightroom version, either.
Posted by Banewood at 11:17 AM No comments: 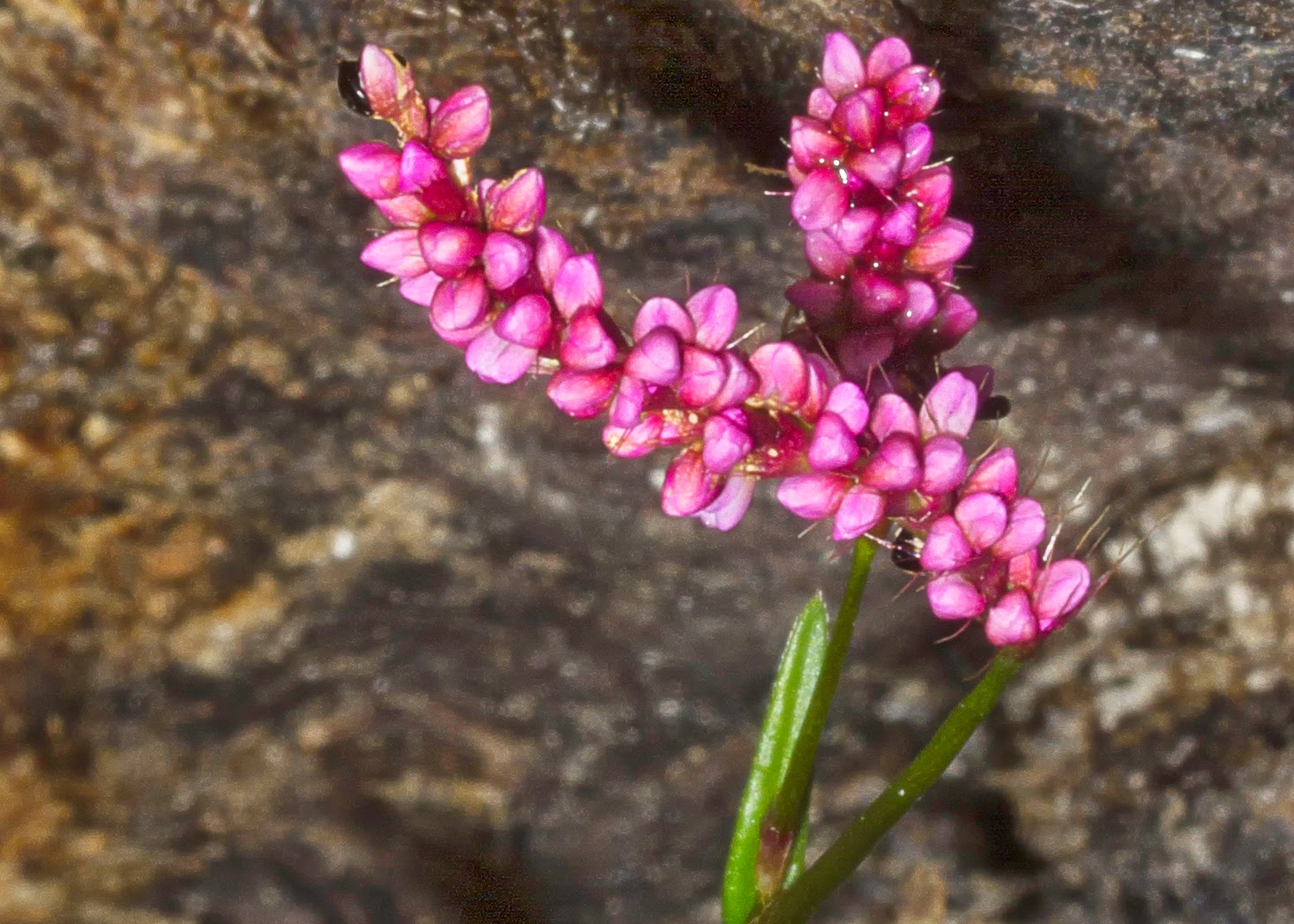 Posted by Banewood at 8:04 AM No comments: 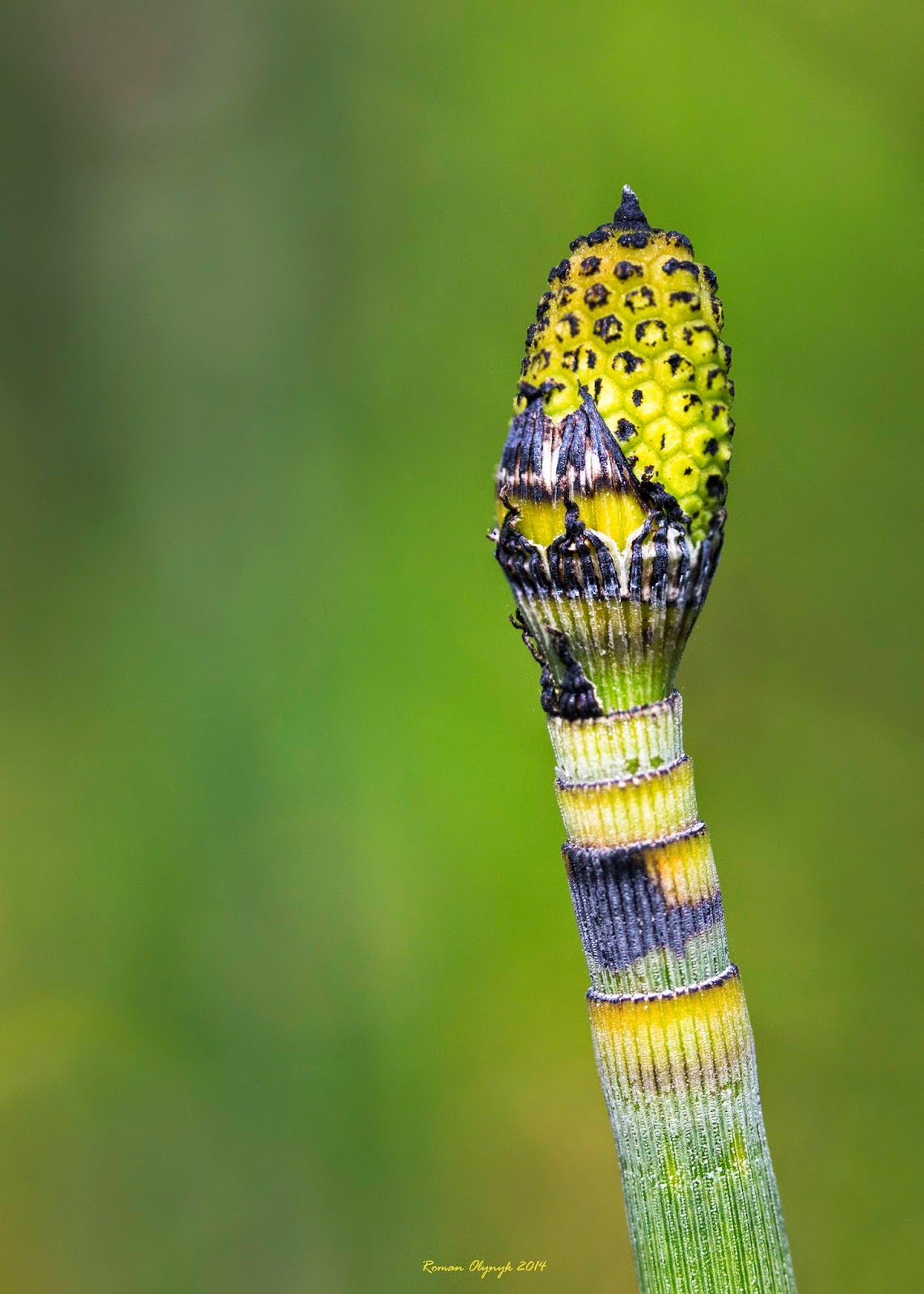 This one was growing along side the rail trail near Masontown, WV.

I've been fascinated by these plants because they are considered living fossils, related to plants from the Carboniferous age 300 million years ago.  When I was a kid living in Bath, NY, I discovered a bed of  fossil Calamites in the cliff face of Mossy Bank, where I lived.

Though I've never dabbled with it, the Water Horsetail has a long history as a medicinal herb. Ancient Greeks and Romans used Horsetails to stop bleeding and treat kidney ailments, ulcers, and tuberculosis, and the ancient Chinese use it to treat superficial visual obstructions.
Posted by Banewood at 9:43 AM No comments:

A Read/WriteWeb article today, 'Shut Up Siri, I'm Driving!' AAA Issue Apple iDevice Warning, hit a nerve for me.  It cites a AAA article (PDF), which gives Siri a high rating for "mental distraction while driving."

Since upgrading to iOS 8 on my iPhone, I've taken advantage of one of its new features that lets you open a conversation with Siri when the phone is tethered to a power supply.

The phone in my car is already linked to a third-party bluetooth device that gives me hands-free voice capability.  But that capability only extended to my being able to answer the phone with the click of a button on my steering wheel.  The new iOS 8 feature lets me activate Siri by saying "Hey Siri."  When Siri wakes up, I can then say "Dial SoAndSo, Home (or Mobile)" and initiate a call.

That's a nice new feature, but it does have its frustrations.  Maybe its because of sporadic net lag, but sometimes Siri is just slow and dumb.  Like last night, while I was driving, I took my eyes off the road for a moment to confirm that Siri was indeed engaged.  The phone is mounted on top of my dashboard, so it's not like I'm totally distracted.   I got frustrated that Siri was being slow to respond to my voice command, and I called Siri impolite names.

According to the article,


The study measured drivers’ reaction time with equipment such as instrumented test vehicles and heart-rate monitors. Although Siri is hands-free and eyes-free, drivers using the Apple function to perform a number of tasks experienced some of the most elevated levels of distraction.


Yes, that's it. My interaction with Siri was indeed providing me an elevated level of distraction.  Luckily I don't use Siri frequently and when I do, "she" is not always that dumb and slow.
Posted by Banewood at 9:53 AM No comments:

View from the "Rock"

The weather on Sunday morning looked like the promising beginning of a nice day.  By the time I drove to Coopers Rock state forest at 11:00 a.m. however, the sky was starting to turn cloudy.  Still, there was a surprising number of people there, trying to capitalize on the short-lived sunshine.

I like the following for composition.  It's a nice play on triangles, with a short rectangle for the horizon and sky.  A few patches of sunlight illuminate the hill on the other side of the Cheat river. 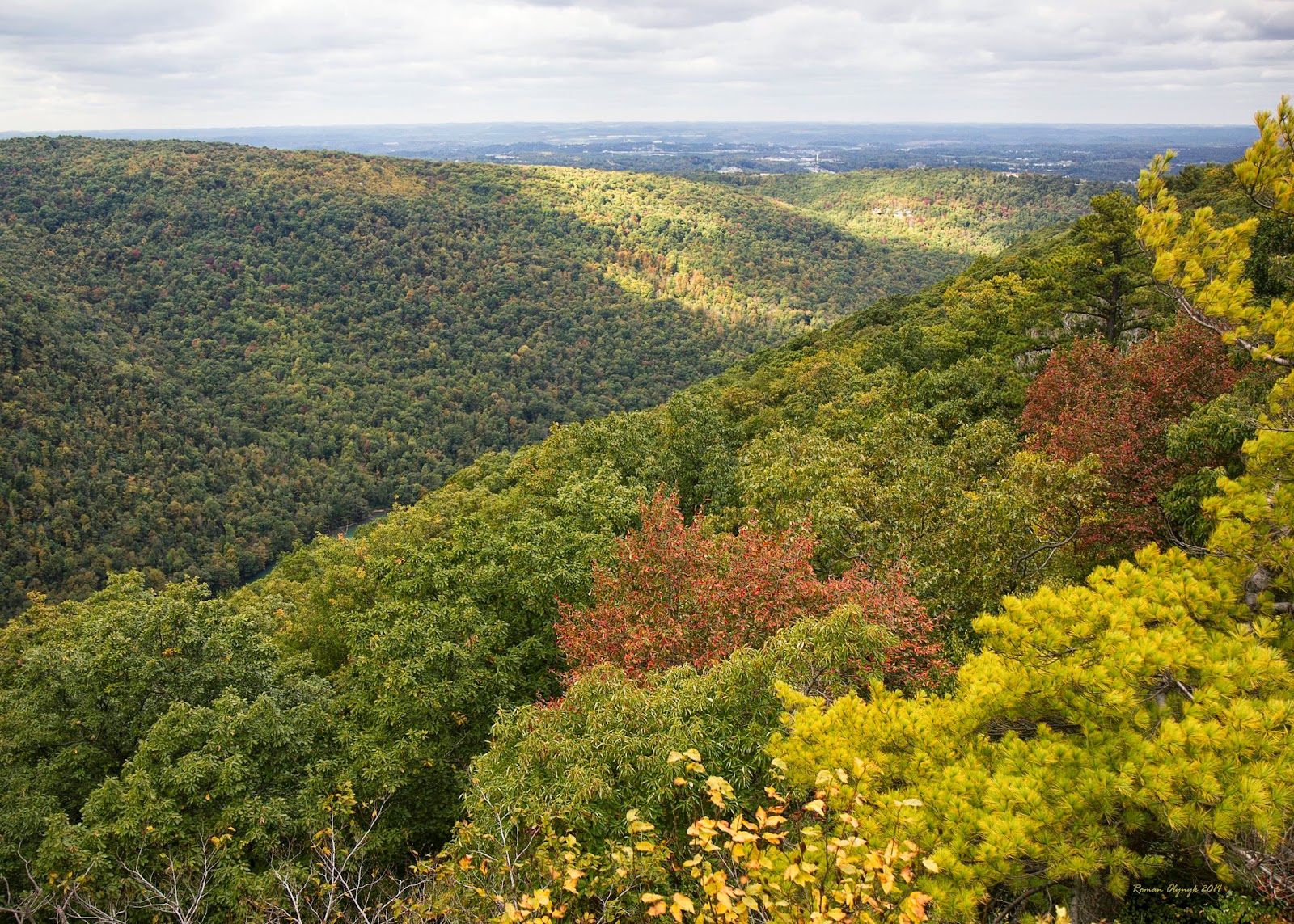 Most of my pictures that day were pretty mediocre.  The foliage wasn't as vivid as I'd hoped it would be.  Perhaps it's too early.
Posted by Banewood at 3:59 PM No comments: 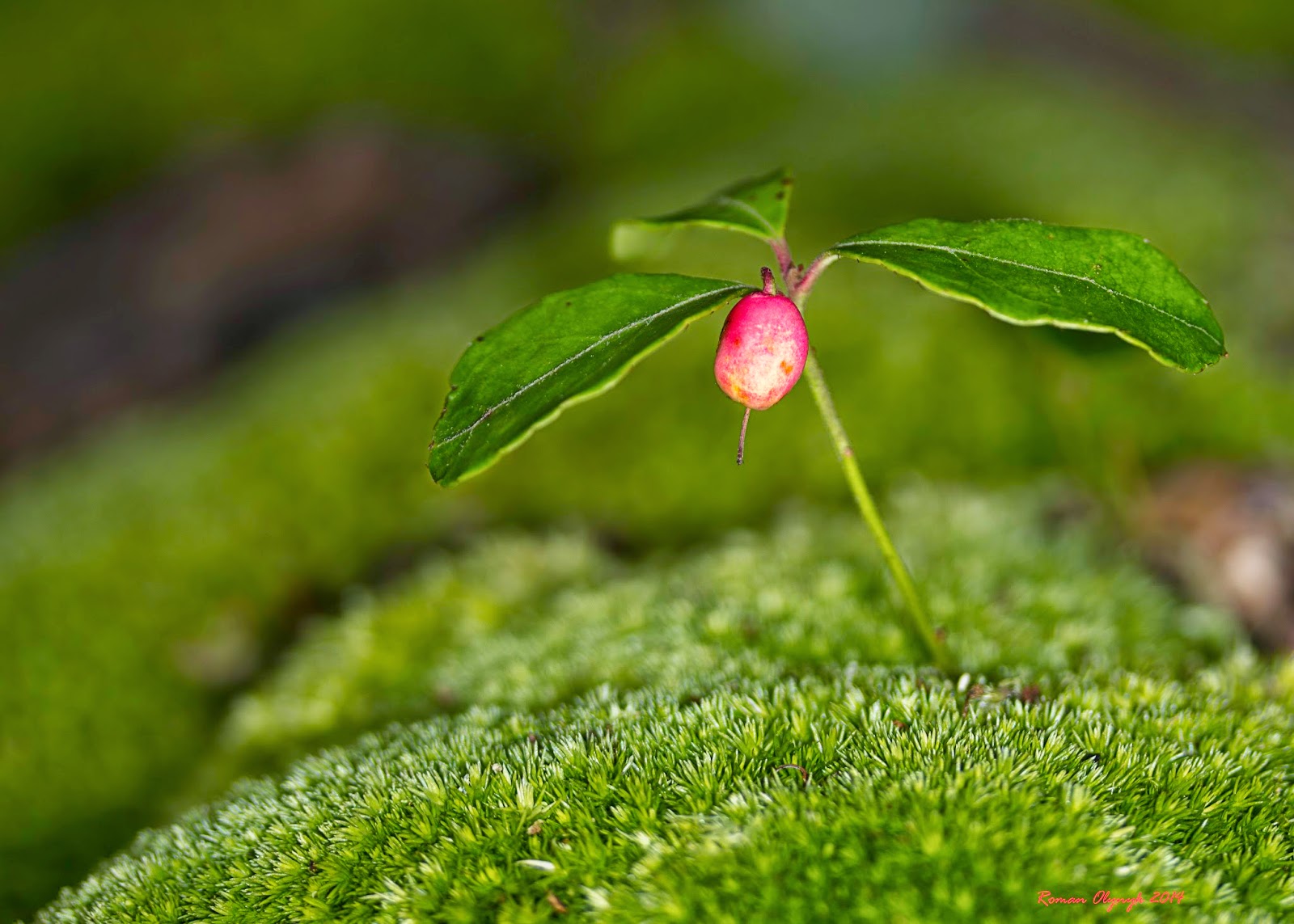 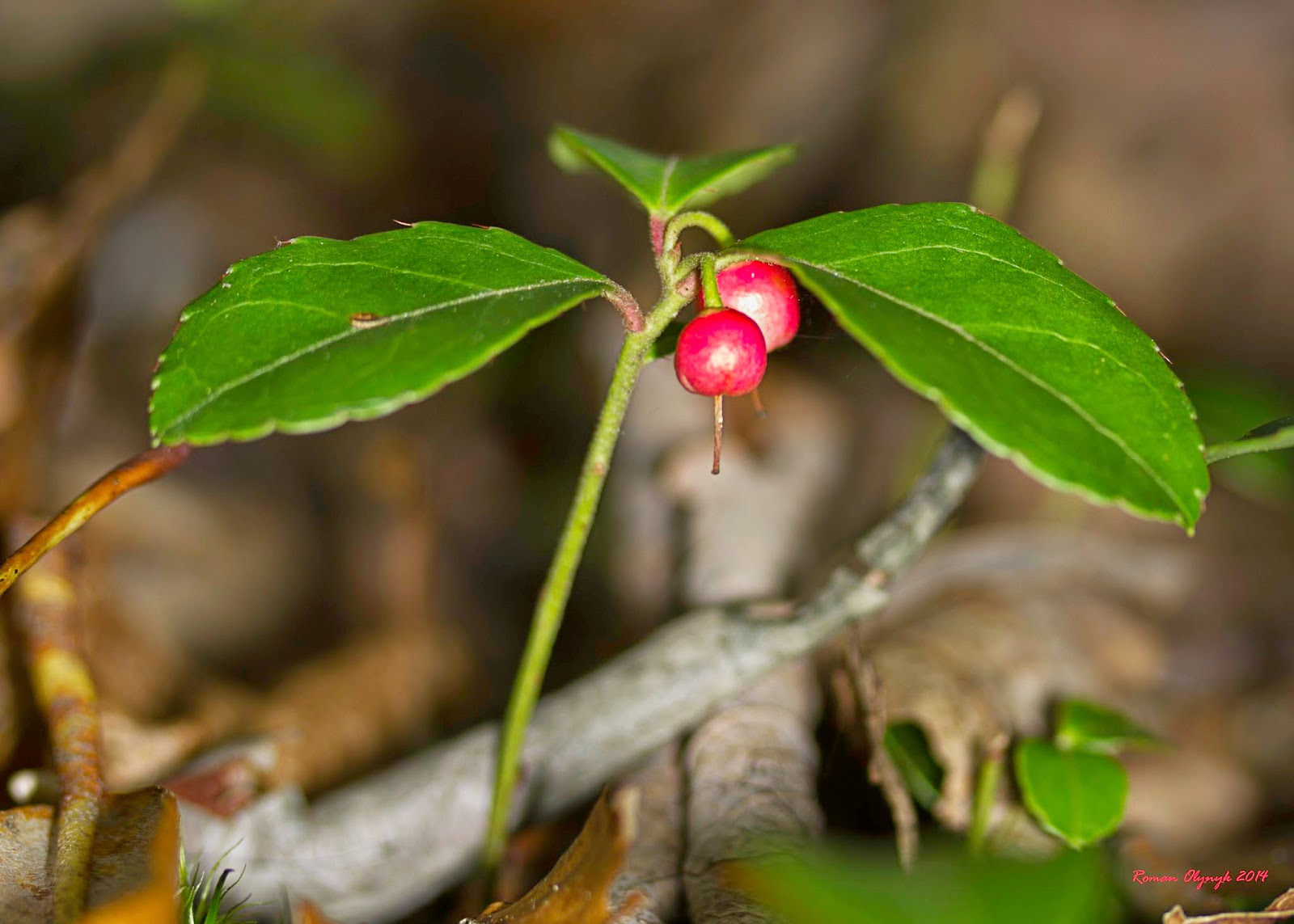 Posted by Banewood at 8:16 AM No comments:

The same evening that I captured the fern bottom, I shot a less ambitious focus stack of what I think might be a delphinium.  I didn't have any direct sun hitting this at six, p.m., but the lighting is decent. 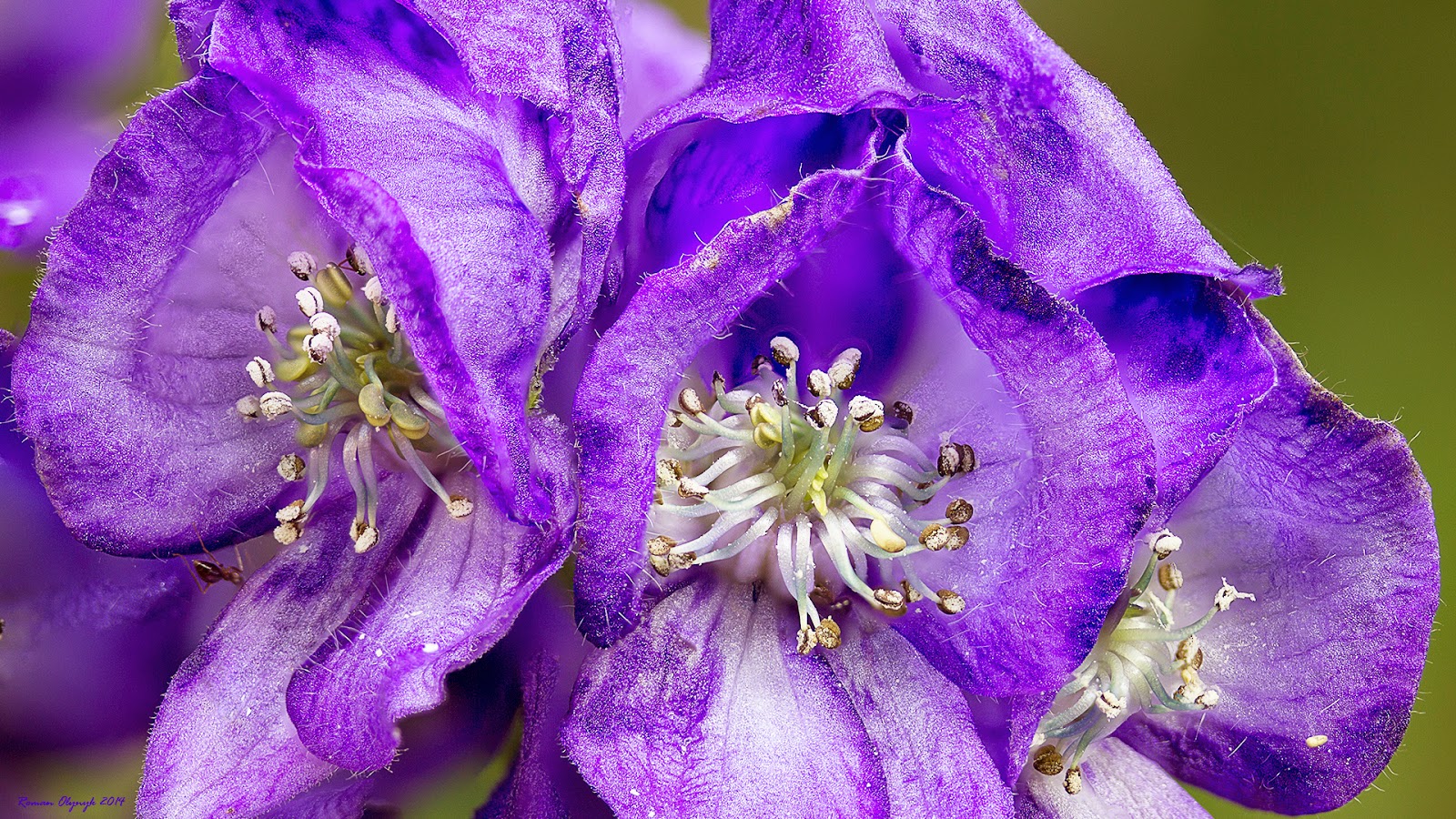 The delphinium  required a bit of post-processing by hand to correct for some areas that PhotoShop's focus stacking algorithm couldn't seem to handle.  In addition, there were several ants traipsing about the flower.  The moved haltingly enough to leave ghosts here and there about the bloom.  I left one (at about 8 o'clock).
Posted by Banewood at 7:51 AM No comments:

Tiny sliders on my fern

There was  hardly a breeze yesterday evening, so I attempted my most ambitious focus stack to date. With more than 100 shots of the bottom part of a fern, I had to skip every other shot in order to lessen the amount of computer processing that would be required. 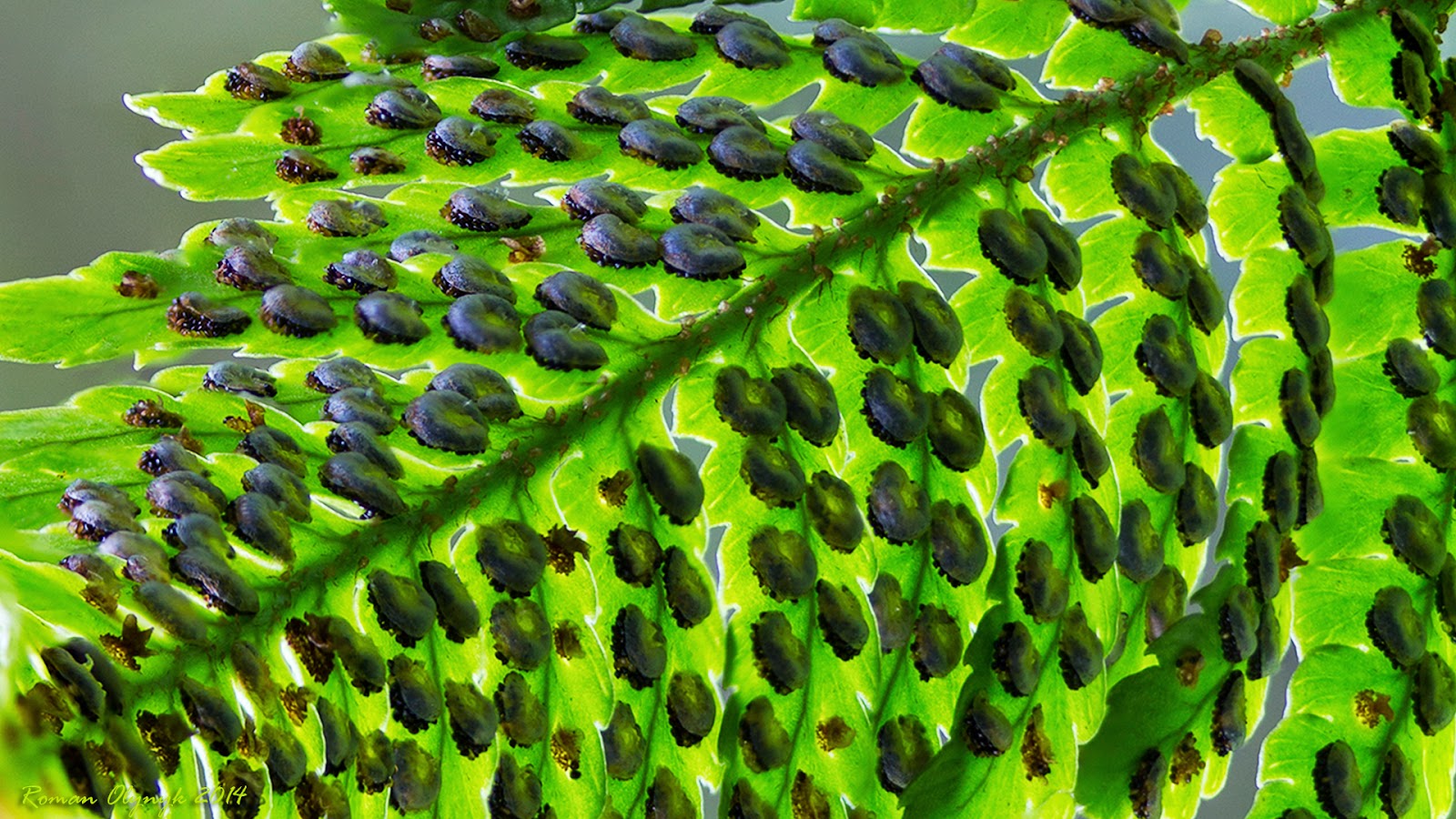 I didn't time how long it took for each processing step, but it took PhotoShop something on the order of ten minutes to align the shots and another ten minutes to create the focus stack.  The resulting file was huge -- approximately 5.3 GB.  Thank goodness that the primary Adobe swap file resided on the solid state drive!

A Growing Ferns from Spores web page helps to define some of the plant anatomy.  Each large, dark pod is called a sorus.  The individual spores are packed inside each sorus.  The covering of the sorus is called the indusium. 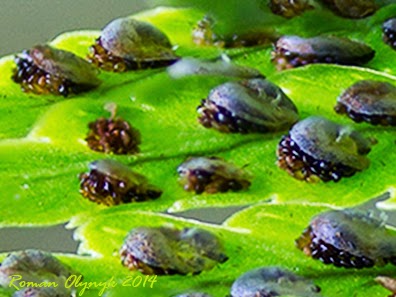 SYTL to The Slider, by T-Rex.
Posted by Banewood at 6:26 AM No comments: