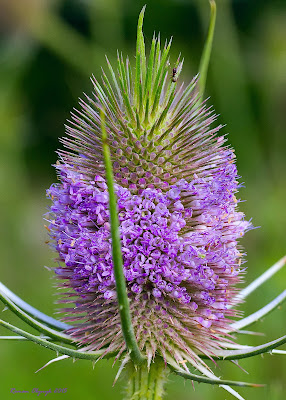 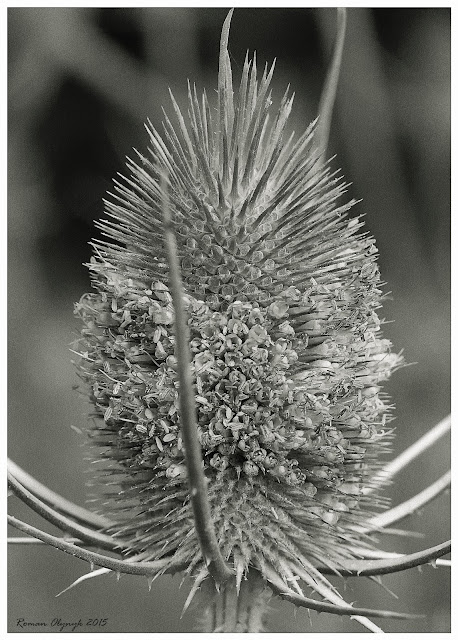 You probably think I'm talking about putting lipstick on a pig, if you want to call my teasel a pig. Truth be told, I'm thinking that the color shot is more aesthetically pleasing.  But you have to admit that the shot is much better without the little photo bomber.
Posted by Banewood at 7:52 AM No comments: