It's around ten degrees Fahrenheit this morning.  Clouds of steam are rising from the Monongahela river near the Morgantown Lock & Dam. 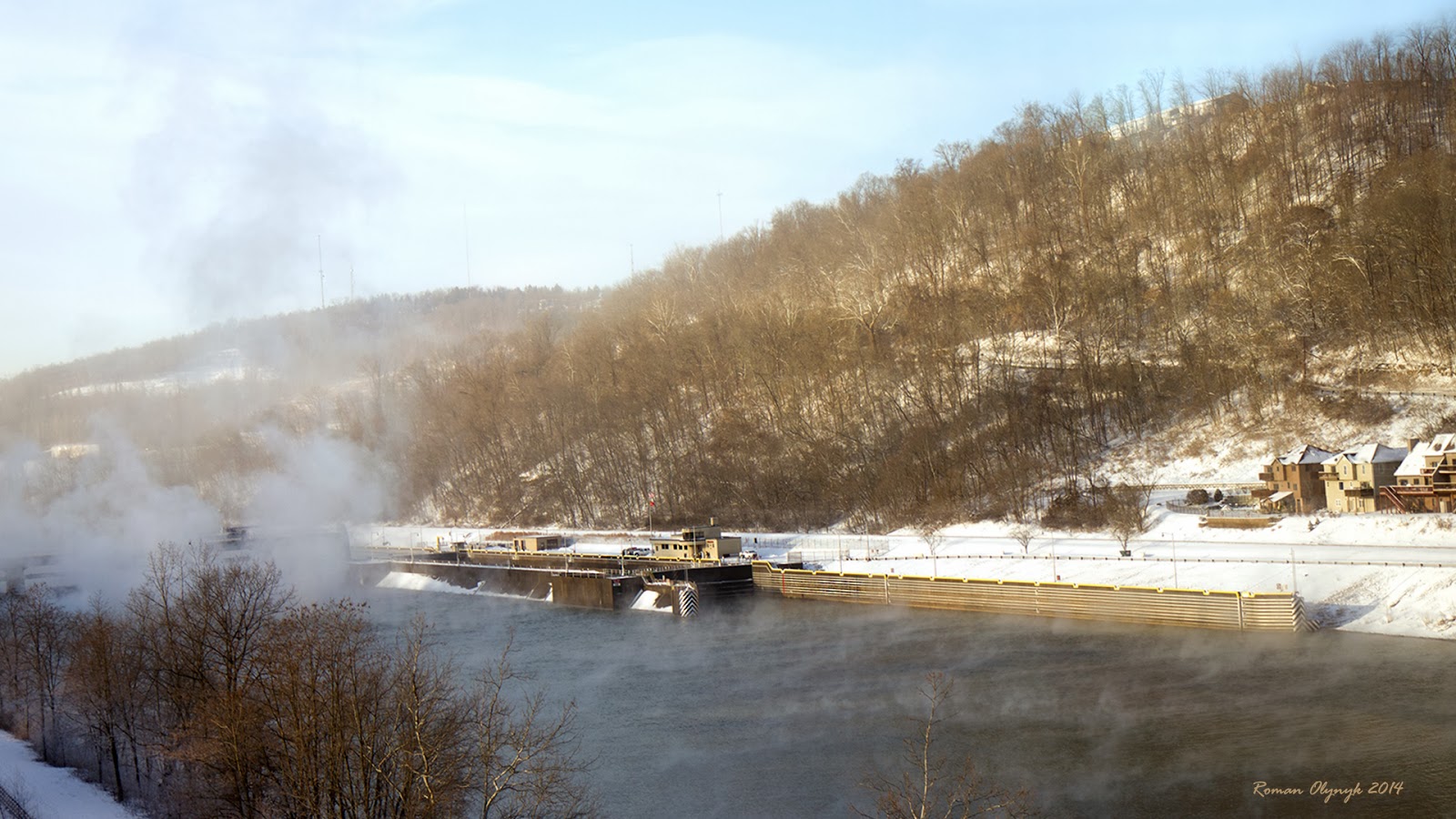 This was shot through the 5th floor window -- no polarizing filter.  I haven't had much luck shooting through glass in the past.
Posted by Banewood at 9:36 AM No comments:

Hyacinth in Black and White

Here's a re-worked Black & White art print version of the hyacinth from the previous posting. 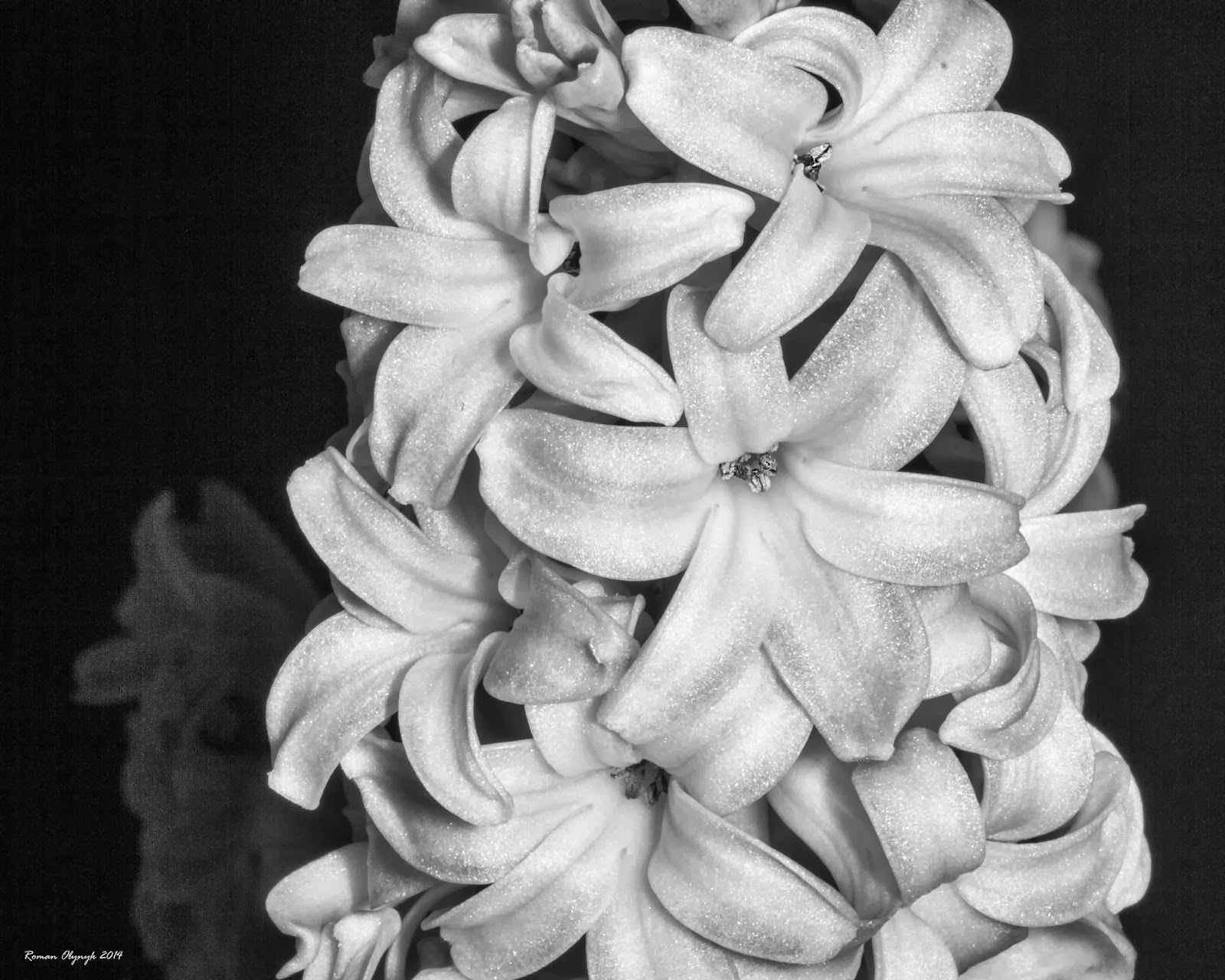 This was rendered with Silver Efex Pro.
Posted by Banewood at 1:13 PM No comments:

What are they doing in the Hyacinth house?

Wife forced some hyacinth bulbs a few weeks before Christmas.  Some of them are starting to make a fragrant appearance. 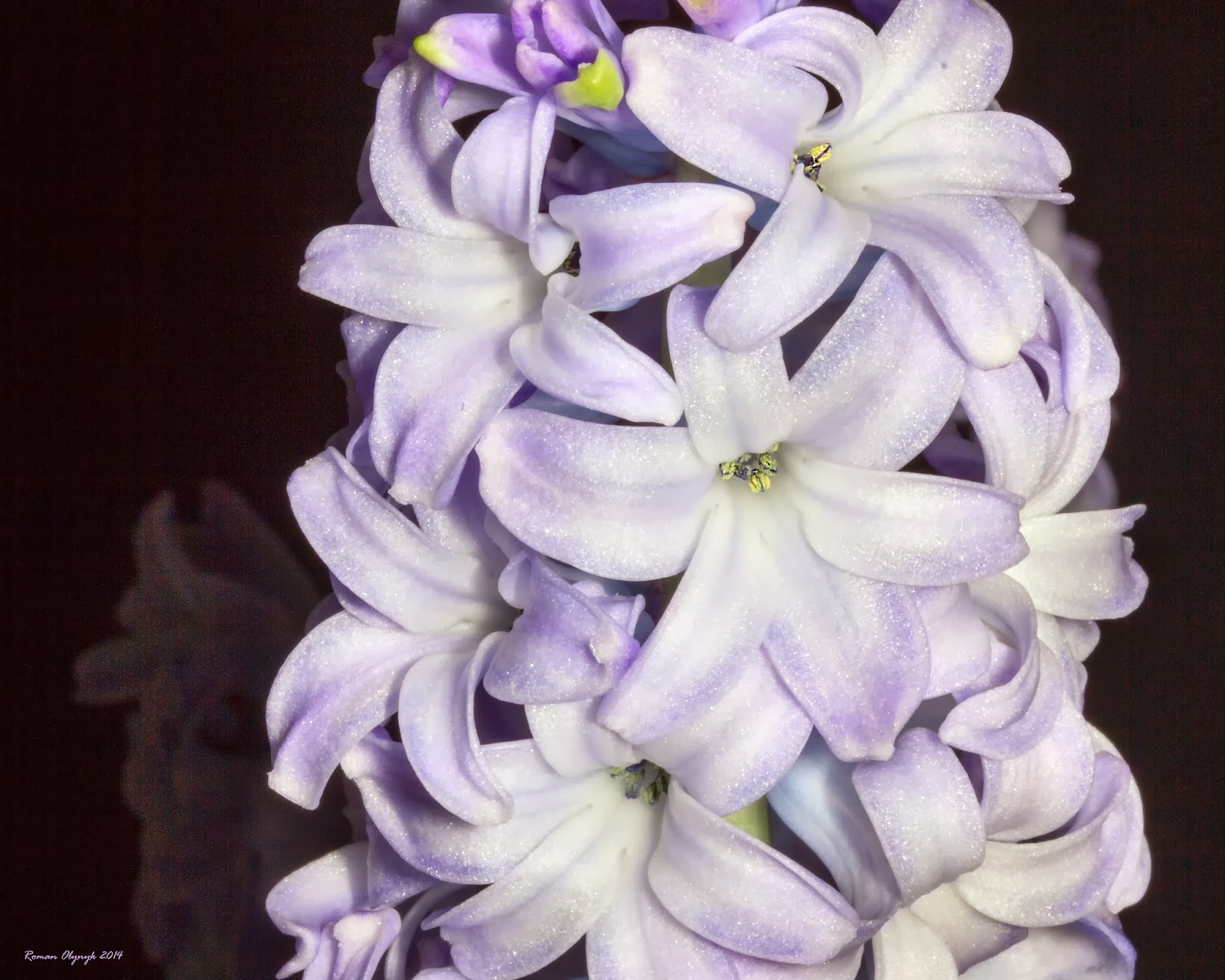 The people on Google+ don't get their kicks from hyacinth macros.  At least mine.  The above shot didn't get so much as a single "like."


And I'll say it again, I need a brand new friend

I draped a black cloth behind the spikes and used a ring flash at fairly low power to get this shot.  You can just barely see another spike in the background on the left. 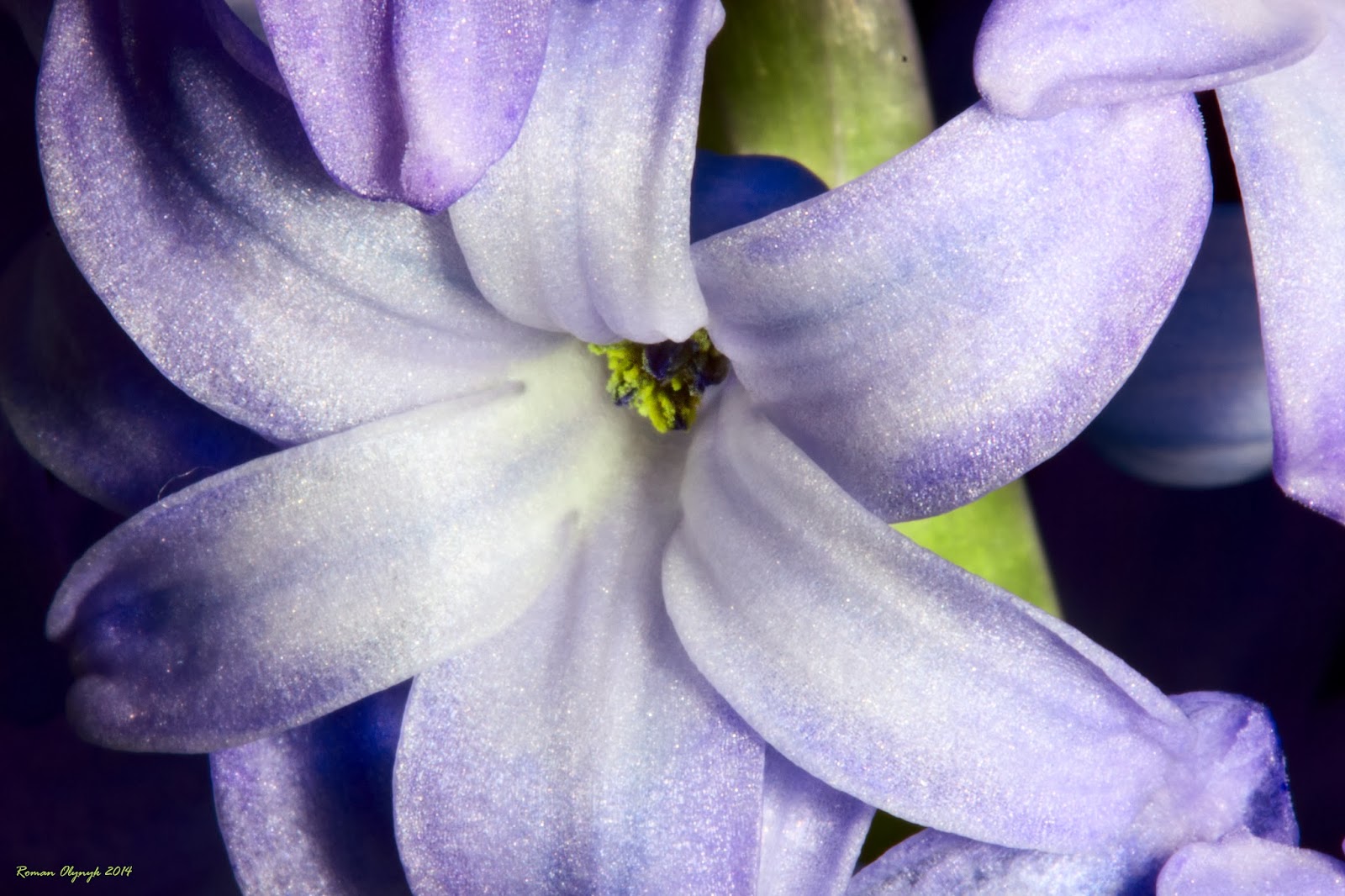 Posted by Banewood at 8:32 AM No comments:

Imagine if Schrödinger buried his beloved cat in a pet cemetery.  Here's the monument stone that I created:

Should I point out to you that the departure date disappears and reappears in this animated GIF?

I lifted the upper part from the web.  The bottom part is mine.  I wish I could make the engraving look more natural.  This needs a Photoshopper's expert touch.
Posted by Banewood at 8:51 AM No comments:

Is this as low as it gets?

A long time ago -- when I was a kid -- I came across a shiny golden beetle that was a little smaller than a lady bug.  What really astounded me was that this beetle began changing colors before my eyes.  It was so good at changing colors that it eventually escaped into the background, and I never saw anything like it ever again.  Rosebud!

The other day I was noodling around on the internet, and I came across this Wikipedia article about the Golden Tortoise beetle.

Up until now, I honestly thought that the color-changing beetle from my childhood was either a pigment of my imagination or some rare mutant.

Now this has become one of my New Year's goals:  to find this beetle again and photograph it.   My chances are reasonable.  According to the Wikipedia article, this beetle is associated with morning glories  -- a plant that has become the scourge of my back yard.  Now that I know where to look, I think that it will only be a matter of time that I will acquire my Rosebud, and my sanity will no longer be in question.

That last part is pushing it, I guess.
Posted by Banewood at 11:33 AM No comments: