Forget-me-not (Myosotis scorpioides) forever remains a challenge for me to capture on camera.   The only place I've found it growing has been one soggy spot right on the water's edge of the Monongahela river.  It's a low-growing plant in a shady spot.

I wanted as much depth of field as possible with my macro lens, so it forced me to shoot at the slowest possible speed.  This shot was taken at f/7.0, 200 iso, at 1/50th of a second.  I scrounged a piece of bark to kneel on and held the camera as steady as I could, which is challenging to do when you've just been biking.

The top and left of the picture (see below) were still out of focus, so I cropped it out of the picture as much as I could.  The results are not unpleasing.  If you have a sharp eye, you may have noticed the photo-bomber in the lower-right corner of the picture:  some winged insect is hiding behind the unopened buds. 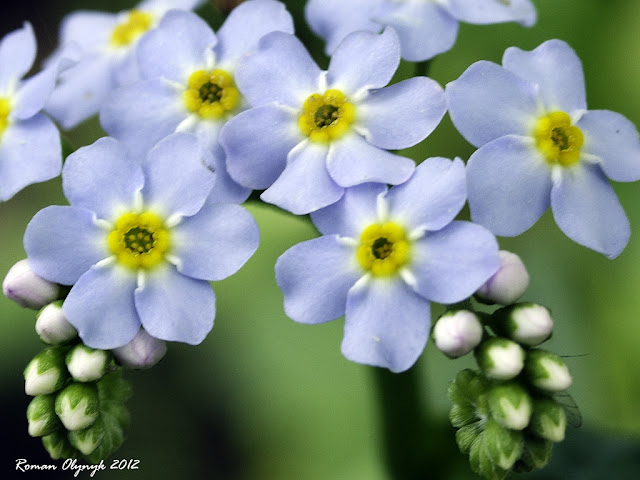