I'm saddened to read that the Oxeye daisy (Leucanthemum vulgare) is a non-native.  According to Wikipedia, it is a widespread flowering plant native to Europe and the temperate regions of Asia.  I shot this one right next to the Hildebrant lock & dam, but these things are pretty much everywhere out in the open.  They're so common that I've been reluctant to bother photographing them.  Don't know why, because they're still quite pretty. 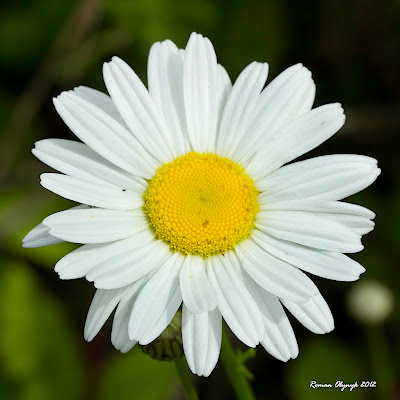 Something I didn't know until I read the Wiki entry is that the unopened flower buds can be marinated and used in a similar way to capers.

Another non-native flower that I like is the Goatsbeard (Tragopogon pratensis).  Unlike the common daisy, I've shot the Goatsbeard before.  Actually, I just wounded it and gave up on tracking it down.   It's also known by the nicer name of Meadow Salsify.  According to Wikipedia, its roots and buds are also edible. 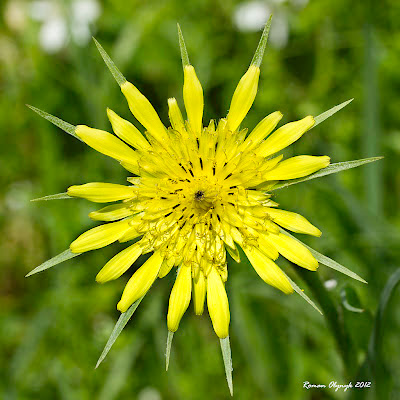 Googling "salsify" is very productive.  If you really want to go nuts trying to eat it, check out Vintage Recipes for salsify dishes.
Posted by Banewood at 9:23 AM