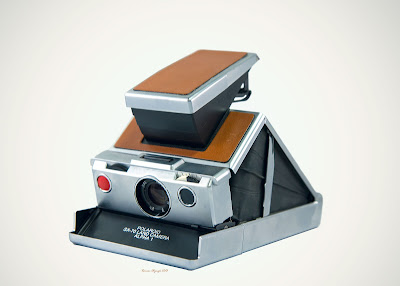 But wait!  There's more!  You can still get still get film for it, thanks to the Impossible Project.  I had to bite the bullet at least once.  I ordered a pack of PRD2442 PX 70 Color Protection Film through Amazon.  In this day and age, it will be ironic that I'll have to first scan any pictures I take before you can see them on the computer.
Posted by Banewood at 8:53 AM