It's been too long since I put the camera to use.

One side of the house has been planted with flowers that barely get noticed by anyone, as it's the narrowest portion of our lot and is mostly hidden from the street.  It was surprising to see a few gladiolus blooming there.  A juvenile praying mantis was keeping a lone vigil on the siding over the flower bed.  On some sort of white coneflower, a honey bee was making its rounds.

This was the best shot: 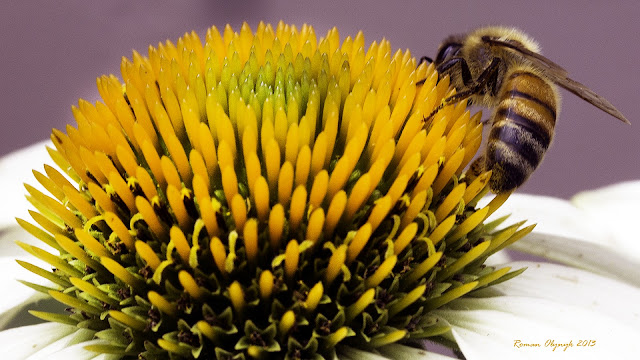 It has been too long since I've been on the bicycle.  My endurance suffered for that fact this morning, abetted by July morning heat.  I didn't see much worth shooting, and even less that's worth posting.

I did manage to get as far as my favorite place for finding true Forget-Me-Not (Myosotis scorpioides) growing by the river's edge.  One of these times, I'm going to go prepared -- water-proof boots or water shoes -- so that I can get into the water's edge, where they grow the thickest.  Someday. 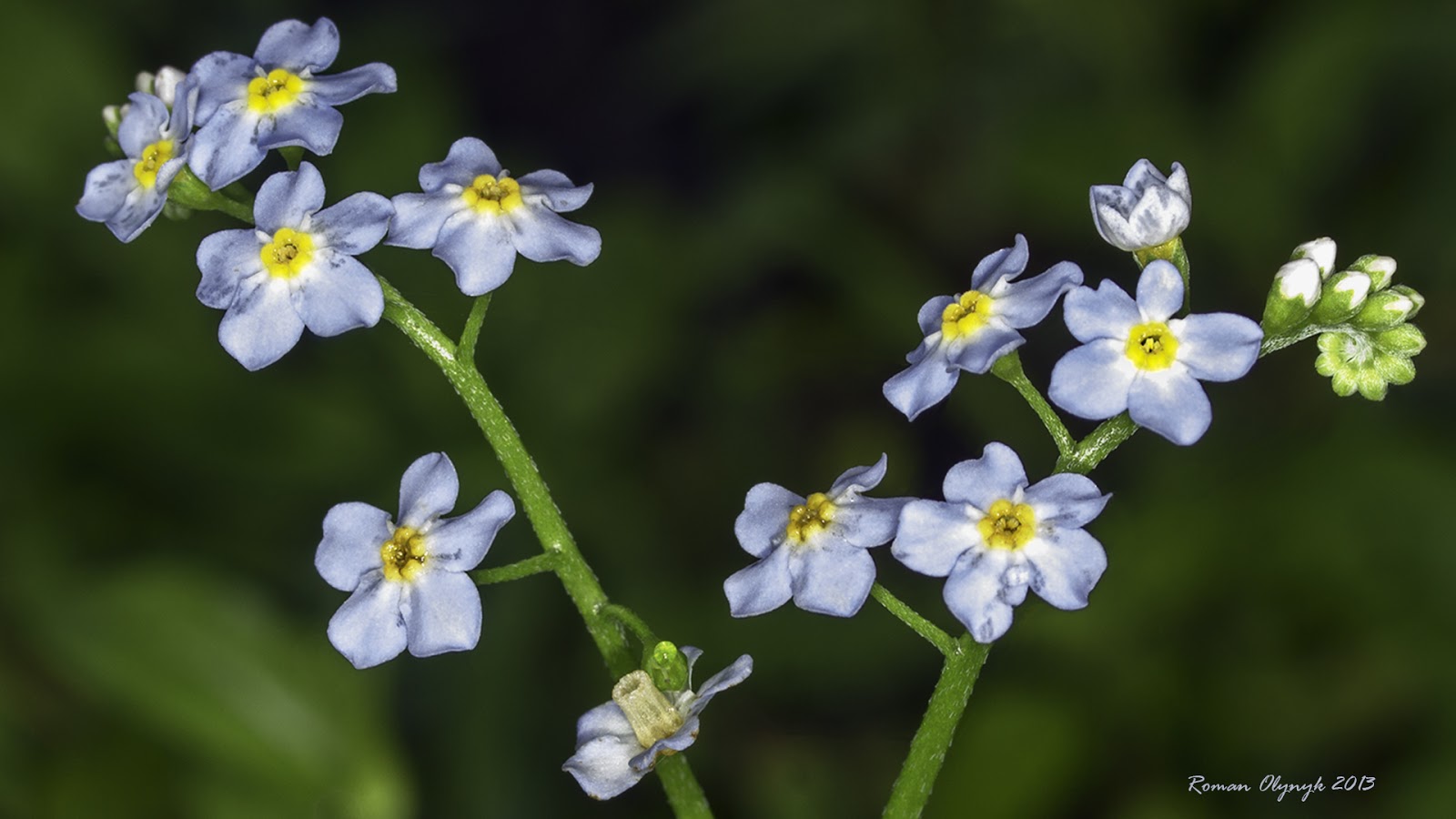