The Mascaron Mouse (or the Green Rodent)

I've had a fascination with Stewart Hall, having photographed it several times. I've heard tales of an architectural Easter Egg hidden in the interior, and today was my first chance to look for it.  Figures that I didn't have my DSLR handy.

The nice lady who pointed out the mouse to me is also apparently the one who also dressed this particular one up for Saint Patrick's Day.  Yes, I know it's now the middle of July.  Maybe it should have been done up like Uncle Sam. 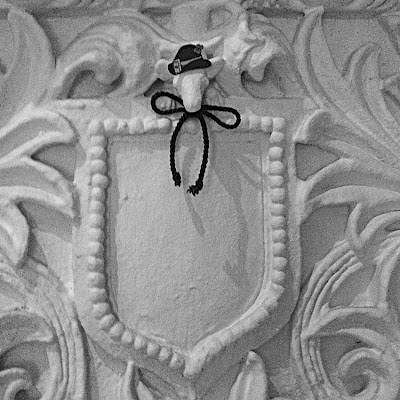 I've been told that there are four such mice (rats?) on four pillars on the first floor.  If you were to look for them, look up, because they're about seven or eight feet up from the floor.
Posted by Banewood at 11:05 AM