My notion of a touchdown

Since my trip to Florida in early July, I have been neglecting my laptop, which contains the photos I had taken while down there.  A second glance at the files today led me to pull out this plum: 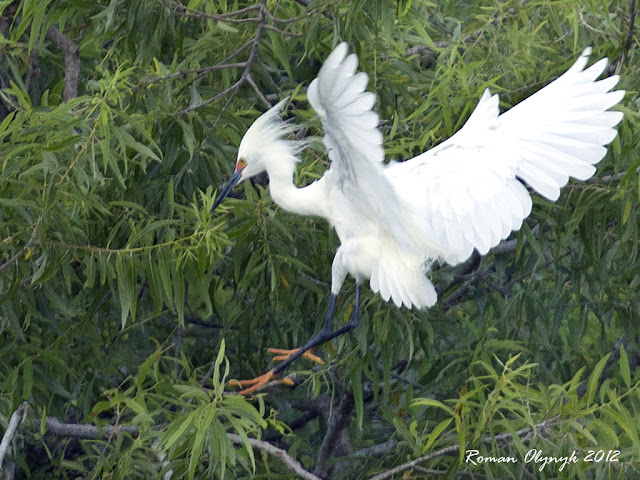 Meet the Snowy Egret (Egretta thula), shown here touching down for a landing.  This was shot at the same rookery at which I had seen a Great White Egret.

I've severely cropped the image to show the detail of the bird landing, but I've also made it look more "natural."  Below is the full frame, which doesn't hide the somewhat  urban locale of the rookery. 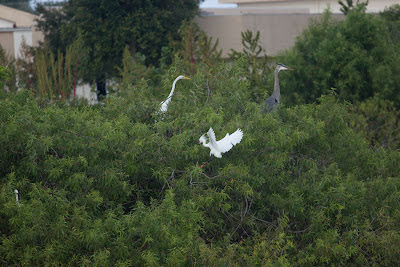