Trillium signs the likes of which even god has not seen

I had seen this stand of white trilliums (Trillium grandiflorum) from along the highway for a couple of years now.  Yesterday, I decided to brave the traffic and hauled my camera and tripod out to capture these. 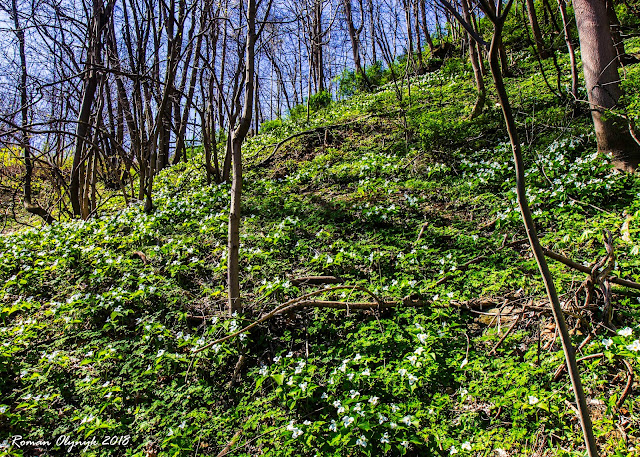 Granted, the landscape leaves a lot to be desired, but I tried to convey the sheer number of these flowers.  Here's a more up-close shot: 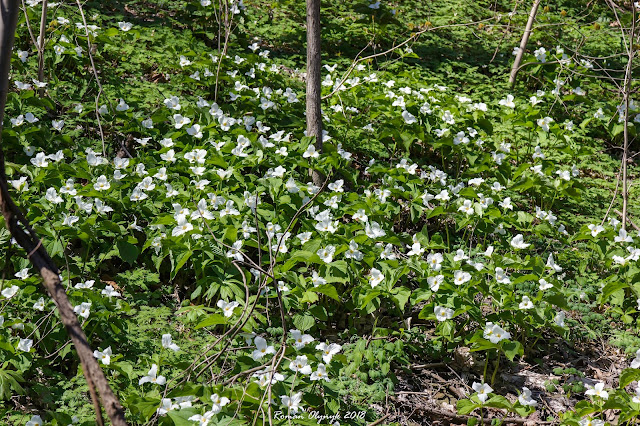 According to one web site, Trilliums spread very slowly by underground root stocks, and the seed produced creates new plants even more slowly. From a planted seed, it takes approximately five to nine years for a Trillium grandiflorum plant to bloom. So when you see a massive drift of these in spring, you know you're looking at a bunch of plants that are at least a decade old, probably much older.

Obviously, this stand has been lumbered (at the least), but it's nice to see that such a large growth of Trilliums have escaped the bulldozer.
Posted by Banewood at 9:30 AM