For some reason, I browsed onto a National Register of Historic Places listings in Monongalia County, West Virginia web site.  While checking it out, I found a place listed that's just a couple of blocks from where I live.  Known as the Alexander Wade House, it's a "simple" Greek Revival that was build in 1860.  The original builder/owner was a Judge Edward C. Bunker. It was sold to Alexander Wade in 1872.

Alexander L. Wade (February 1, 1832 – May 2, 1904) was an American educator who developed a system of grade promotional exams and graduations for West Virginia schools that allowed rural children to participate more efficiently. He wrote and spoke on this educational system, and the system was adopted widely in the United States.

Here are views of the front and back of the house.  The smaller building on the side was originally constructed as a summer kitchen. 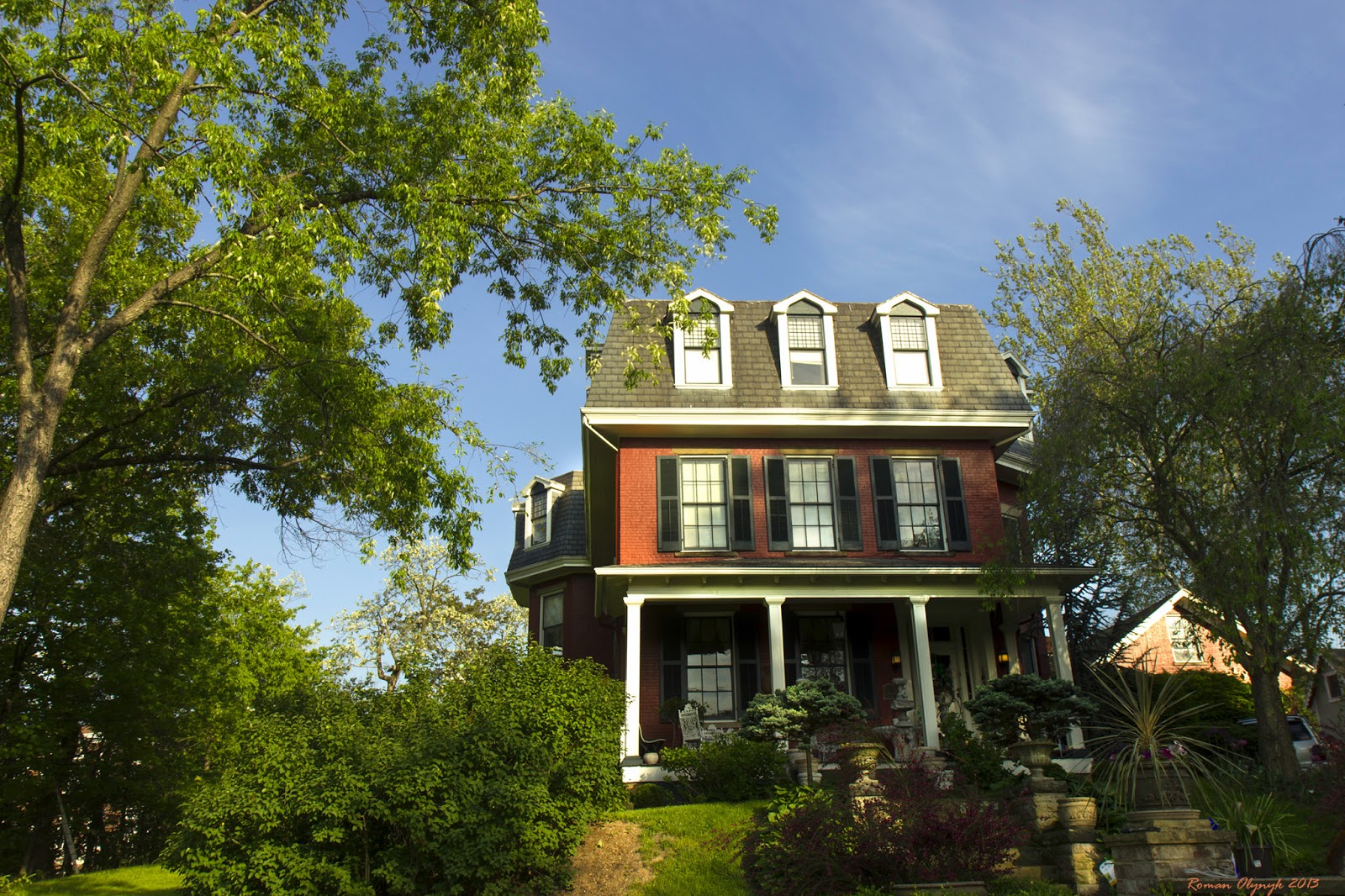 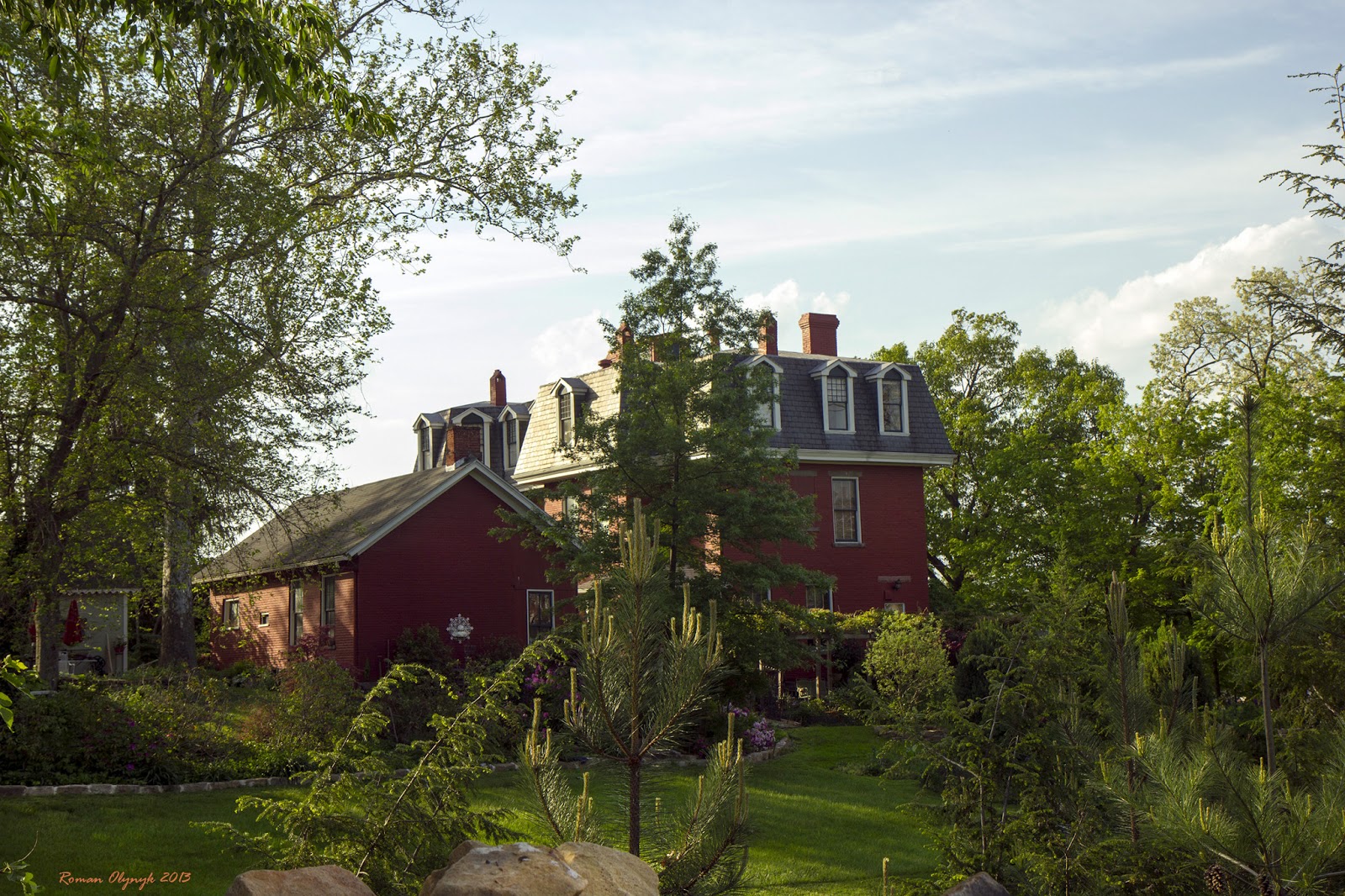 This was photographed in the evening (not quite at the golden hour), so the colors are warm but the shadows are deep.  Some typical wide-angle lens distortion, particularly on the first shot.  Oh well.

I'll have to make a mental note to photograph this place in the fall when the leaves are turning.
Posted by Banewood at 7:41 PM