This One is Pink 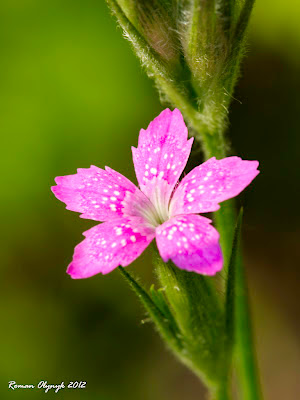 Dianthus armeria (Deptford Pink) is an alien species that is naturalized in most of North America.  It is now found in the wild in all but three states:  Arizona (thanks to that state's strict immigration laws), Alaska, or North Dakota.  These are starting to appear in grassy areas along the Mon River bike trail.

Wikipedia says the flowers are 8–15 mm diameter, with five petals, bright reddish-pink; they are produced in small clusters at the top of the stems from early to late summer
Posted by Banewood at 11:43 PM