Variations on a Religious Theme

In the past couple of months, I've made a photographic study of the Forks of Cheat Baptist Church in Stewartstown, WV.

Like my favorite hill behind the Dent's Run Covered Bridge, I've had a particular affinity to the composition of the landscape.  And unlike previous shots, I actually got a tiny bit of sky color when I shot it on November 4th. 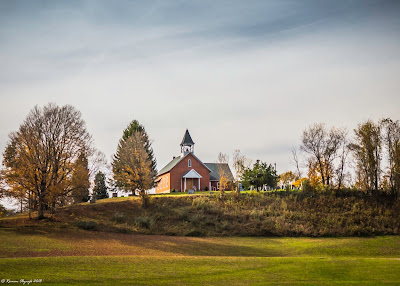 Perhaps it's because of the two coal-fired electricity generation plants that are in the valley behind this hill, but it's been hard to catch this scene with any sort of clear sky.

Also, on that same date, I had brought along my Yashica MAT-120 TLR film camera.  This is an uncropped B&W shot from the 2x2 film. 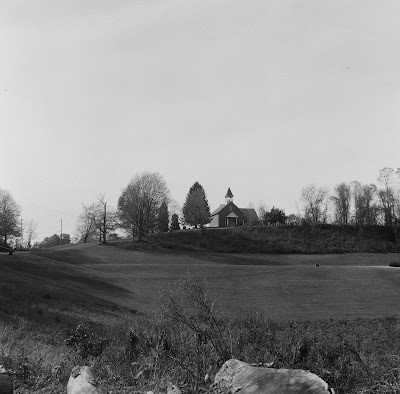 This time, I used a tripod to steady the shot.   Other shots from close up weren't so exciting.  And they only got worse from here: 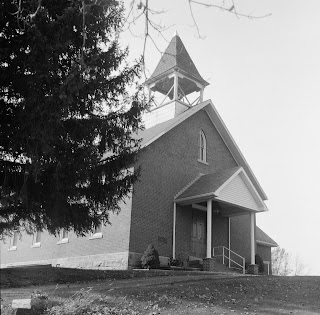 A couple of weeks later, on Nov. 23, I took another drive out in that direction.  Those shots were also quite nice.  I managed to get even more blue sky: 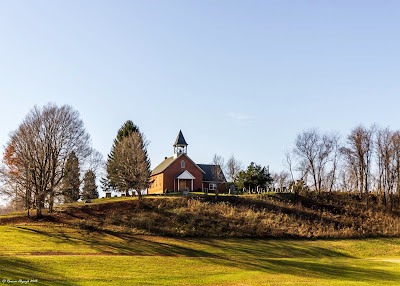 That one is probably a "keeper."  I like the long shadows case by the late afternoon November sun.
Posted by Banewood at 3:11 PM