There's something odd about Valley Falls State Park near Fairmont.  It seems that the sky is overcast whenever I go there, and that's despite the fact that the sky is clear elsewhere. 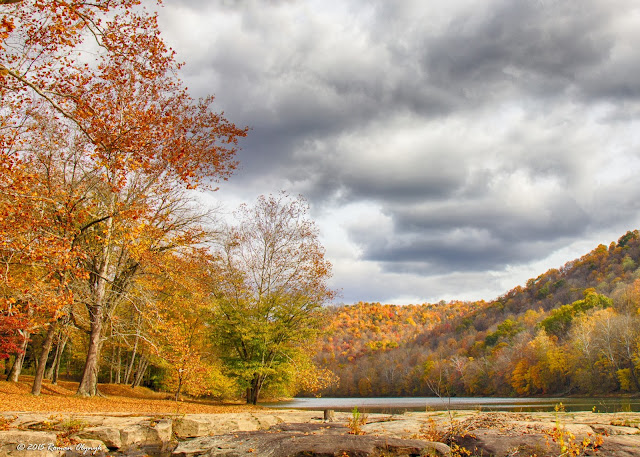 The fall colors were probably at their peak on Sunday, and at least the sun was breaking through in places.  Some think that sky adds to the drama of the picture.  Some think that it's a shame that it was overcast.

This is for them: 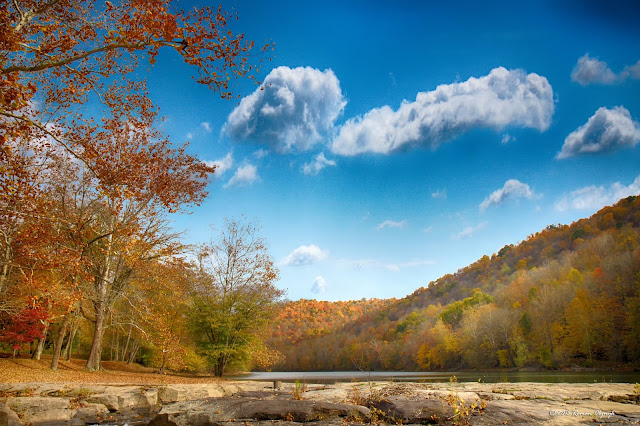 I have had some experience with using PhotoShop to fix a dull sky, but I had always steered clear of situations where there was a lot of feathery detail like heavy foliage.  You should see the challenge that such a shot would present:  the foliage is difficult to isolate and mask.

I found and tried this tutorial: Photoshop Tutorial: How to Replace a sky in photoshop cs5.  The trick was to use channels, isolating the one channel which presents the greatest contrast between the foliage and the sky.  In this case, I worked with the blue channel.  You then progressively tweak levels to further isolate the difference between foliage and sky.

While the results are nice, I can't help feeling cheap.  I've cheated in some way, improving upon nature.