There are No Unknowns

I've begun using Microsoft's Lync at work recently. It's Monday, and my threshold for amusement has been significantly lowered, which might explain why I thought that this was funny: 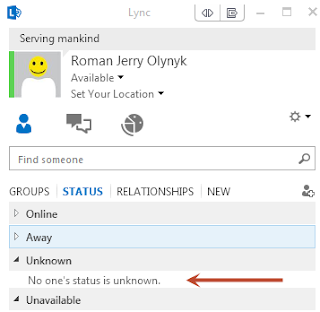 It makes me think of the classic Donald Rumsfeld quote: