Woodburn Hall (blue lights) on WVU's downtown campus is shown in this night photo (30 sec exposure; f/9; ISO 100) taken from the middle of the Westover bridge. The Monongahela river is in the foreground.

Because of the 30-second exposure time, most of the pictures in this group of shots had motion blur around the lights.  That was caused by vibrations from passing vehicles on the bridge span.  This one shot was the exception.

In the past, Woodburn Hall used to be outlined with white Christmas lights.  After a recent renovation, however, those lights have been replaced by a more secular blue & gold (WVU school colors) theme.  I preferred the old lights, but I think the jury is still out. 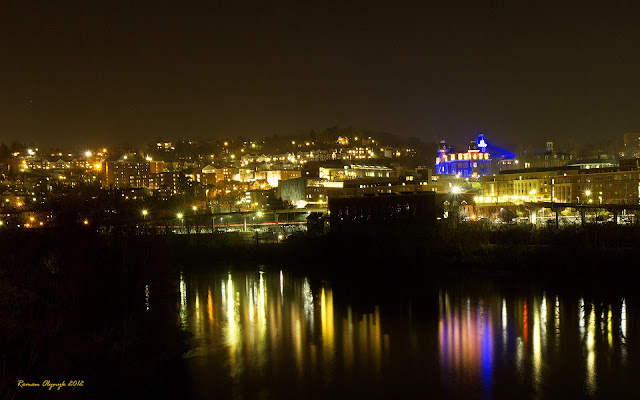