Today's scientific buzz is about the discovery in Siberia of a finger bone found in a cave. Based upon DNA analysis, scientists have determined that the human-like creature, living between 30,000 and 48,000 years ago, was distinct from both Neanderthals and modern humans.

From the finger, scientists were able to reconstruct the appearance of this human-like creature: 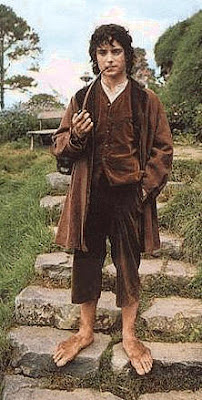